How to Play the C Chord on Guitar (Tips & Easy Way) 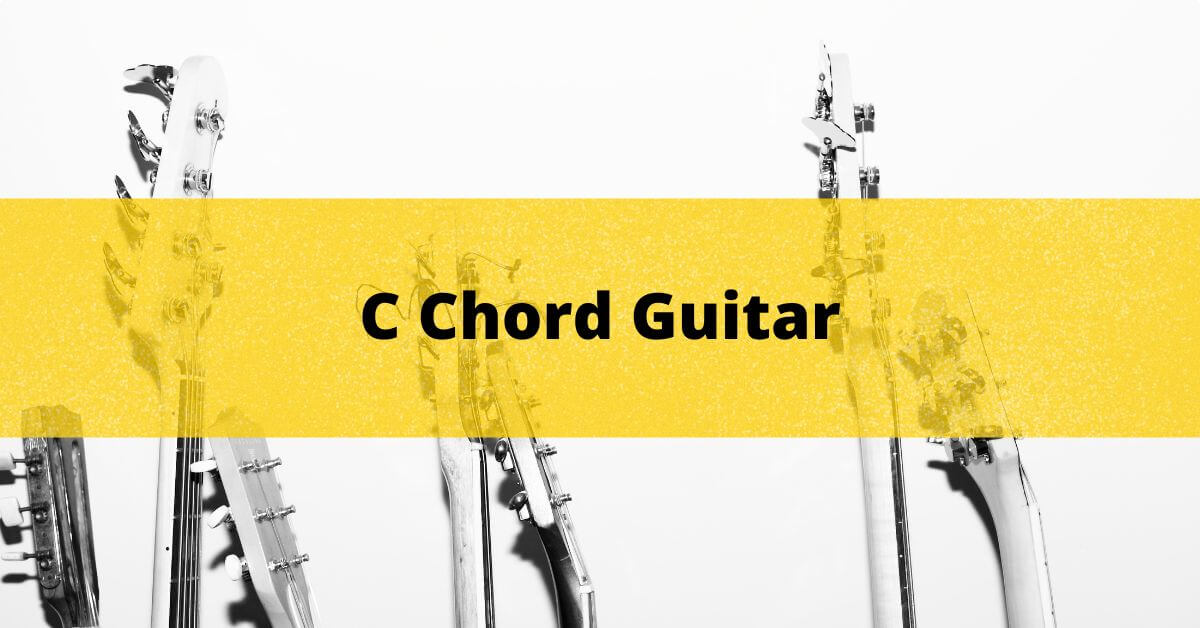 The C Major chord is one of the fundamental guitar chords.

It’s also considered one of the most challenging things for beginners to master.

On the other hand, learning the C chord doesn’t have to be difficult. You just need to approach it the right way and, well, practice.

So, let’s see what it’s all about – keep reading and learn how to play the C chord on guitar!

We promise it’s not as hard as you think.

How to Play the C Chord on Guitar

Playing the C chord on guitar is considered tricky because of the stretch that all three fingers need to make. And when your three fingers are split, it’s hard to apply the same pressure to all strings equally, at least for beginners.

So, if you’re just starting out, don’t be stressed about nailing it right away. Learning how to play the guitar takes time, and getting comfortable with the C chord is part of the process.

Without further ado, let’s take a look at the C guitar chord (or C shape). To play it, you need to do this:

Now strum five strings down from the A string.

Try to keep your fingers to the necessary frets as close as you can. That’s how your sound will be cleaner and more accurate.

Also, when you strum the chord, try to avoid plucking the low E string. But if you occasionally do it, that won’t sound so bad because that note is a part of the C Major chord.

Eventually, you’ll be able to play it smoothly.

Another popular way of playing the C chord on guitar is called Cadd9. It looks like this:

Guitar players like to use Cadd9 when they’re switching between C and G Major chords because it looks similar to the G Major open chord version.

Also, C and G are often played in the same chord progression, so you can easily change Cadd9 for regular C, especially because it sounds more delicate.

You can also try Cmaj7 as a nice alternative. You just need to remove your first finger from the open C Major chord:

The C note on guitar has many variations. The C chord is one of the main guitar chords, and you have to master it sooner or later. Luckily, you can choose a version that suits you best.

And once you feel comfortable with the chord itself, you can practice by playing different songs.

Some popular guitar songs with the C Major chord are ‘Good Riddance’ by Green Day (with Cadd9), ‘Sweet Child O’ Mine’ by Guns n’ Roses, ‘Last Nite’ by The Strokes, and ‘Viva la Vida‘ by Coldplay.

However, one of the common tips for mastering difficult guitar chords is to ease into it. Start with the easy C chord on guitar first and then build your way up to more complex variations and barre chords.

At the end of the day, it’s all about practice. If you’re a beginner, learning essential guitar chords is a good start.

But first, you need to learn open chords and get acquainted with chord charts and basic strumming patterns.

Learning how to play the C guitar chord smoothly takes time. It’s definitely not one of the easiest guitar chords to master.

But if you have the right approach and decide to practice regularly, you’ll probably get there sooner than you think.

And after enough practice, you’ll be able to play some amazing, popular tunes!

40 Best Songs to Wake Up to (Morning Songs)