How to Play the F Chord on Guitar (Tips & Easy Way) 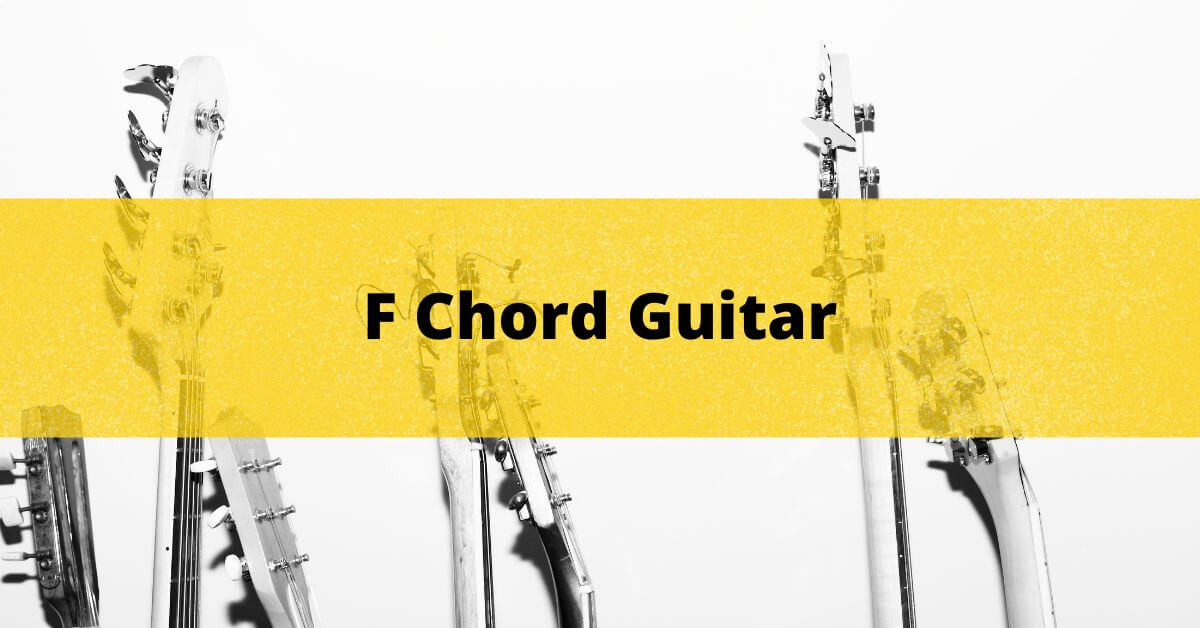 Are you having trouble mastering the F chord on the guitar?

Well, you’re not the only one. For beginners, the F chord is one of the first challenges of learning how to play the guitar.

But learning how to play the F chord on guitar is inevitable. The notorious chord is present in countless popular songs.

Also, there’s no reason for avoiding it. With the right approach and enough practice, you’ll master it in no time.

Nevertheless, we will show you the easy way to play the F chord first, and then we’ll get to the full barre chord.

Let’s start from the beginning: what is the F note on guitar?

But the better question is where is the F note on the guitar? The thing is, in standard tuning, you can find it in multiple places on the neck of the guitar.

In short, the F Major chord is the root chord of the key of F. And F is the first note on the F major scale.

The easiest way to play the F chord on guitar is this:

So, you need to put your index finger on the 1st fret of the 2nd string and then use your middle finger on the 2nd fret of the 3rd string. And with your ring finger and pinky, you’ll play the 3rd fret on the 5th and 4th strings respectively.

Either way, it’s good to start with an easier version and work your way up to alternatives.

Without further ado, let’s dive into the full F chord.

In essence, the F Major chord consists of three guitar notes: the F note, the A note, and the C note. And to play the F chord, you have to use your index finger across all six strings, which makes it so difficult to master.

Basically, this is what you have to do:

Now strum all six strings down from the low E string.

As you can see, this requires a lot of pressure, strength, and coordination.

The F chord is hard for many students because you need to use one finger to play more than one string.

The best way to practice the guitar F chord is to take it slowly. Start with practicing the easy version we showed you; work on chord changes and get comfortable with it. There’s no use in learning the F chord unless you learn how to play it smoothly.

There are several F guitar chord variations, and once you get comfortable with the chord itself, you can start practicing changes. The F Major chord is often played next to the C major chord, G major chord, and Bb major chord.

That being said, you can move from an F to a C or G chord and back again. You can then move on to going between an F and Bb chord.

You can also gradually increase your speed. If you’re using a metronome, put it on slow speed first, and then try a faster rhythm.

Learning the F chord is a great way to become familiar with barre chords. And it doesn’t have to be so difficult. As long as you take it step by step, you’ll get a grasp of it.

Over time, you’ll work on your coordination and finger and wrist strength. And then you’ll be ready to play the songs with F chords – ‘Have You Ever Seen the Rain’ by Creedence Clearwater Revival, U2’s ‘With Or Without You’, ‘Can’t Feel My Face’ by the Weeknd, ‘Ho Hey’ by The Lumineers… Options are endless.

At the end of the day, learning the F chord shouldn’t stop your progress. Start with an easier version of the guitar chord and work your way up.

If you’re patient and dedicated, you’ll undoubtedly learn how to play the F chord smoothly. You just need to ease into it and continue practicing with the songs you love!

How to Play the B Chord on Guitar (Tips & Easy Way)