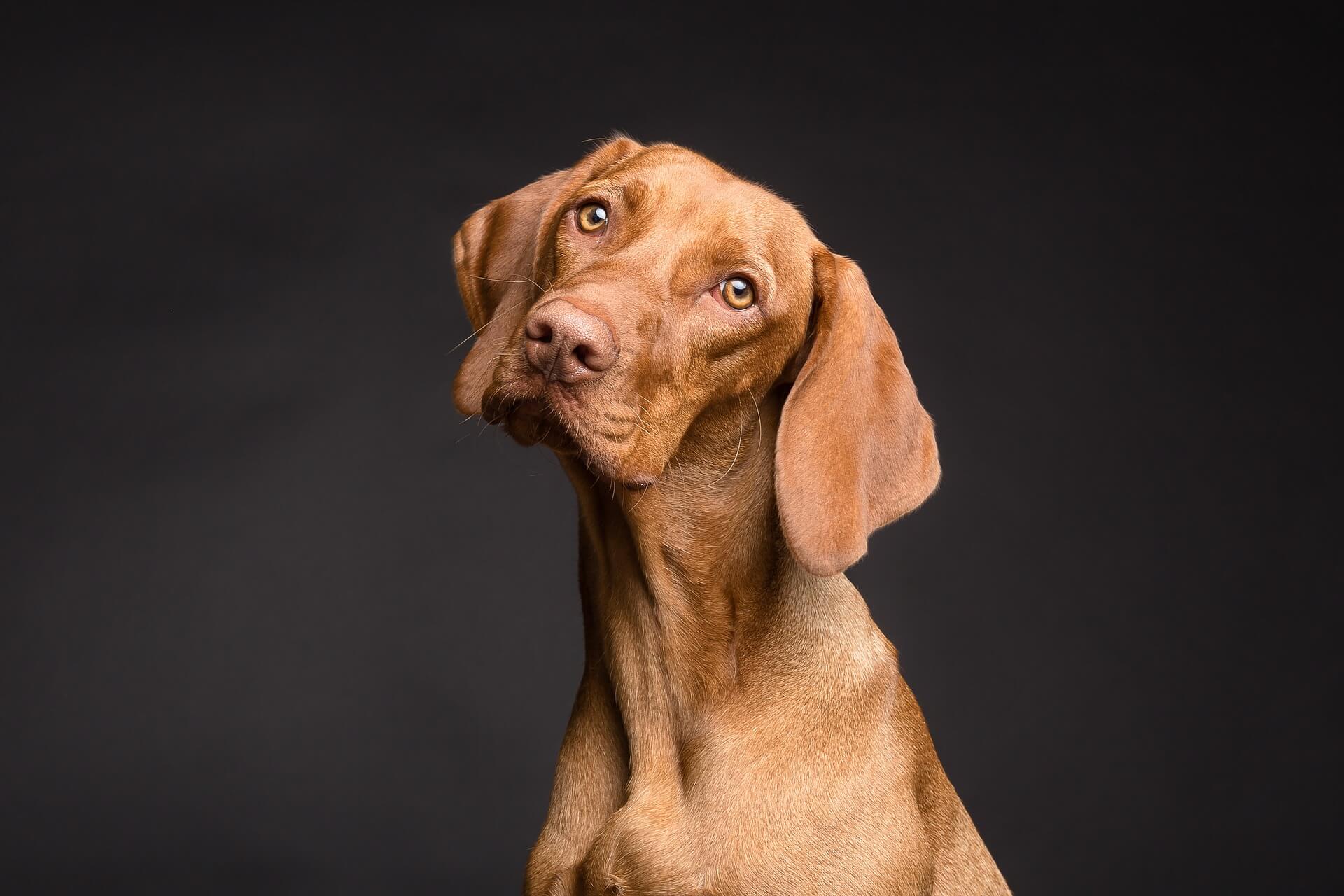 Everyone who owns a dog knows how incredible these animals are.

Aside from always being by our side (literally always), they are intelligent, empathic, and endlessly fun.

And as Roger Caras said: “Dogs are not our whole life, but they make our lives whole.”

So it’s no surprise that many songs are inspired by our furry friends.

Keep reading to discover the 25 best songs about dogs!

Without a doubt, “Martha My Dear” is one of the most charming songs about dogs.

The song was released on The Beatles’ self-titled album in 1968.

It’s a very sweet tune with lyrics that can easily be interpreted as a love letter, but they also fit the emotions people feel for their dogs.

“Once I had a little dog
I called him Cracker Jack
He had a spot around one eye
That looked just like a patch.”

It’s a song about a dog she found by the river when she was little. She kept him, named him Cracker Jack, and he soon became her best friend.

In her book “Songteller: My Life in Lyrics”, Dolly Parton expressed her love for animals and explained that she wrote, “Cracker Jack” for all the people who lost their dogs and therefore understand that memories they have of them can last forever.

Written by Harry Nilsson, “The Puppy Song” is probably one of the most popular songs about puppies.

The song is released on Mary Hopkin’s 1969 debut album produced by Paul McCartney.

In a nutshell, “The Puppy Song” talks about a wish to have a dog as a friend and carry him everywhere. It’s the song’s simplicity that makes it so sweet.

“If only I could have a friend
To stick with me until the end
To walk along beside the sea
And share a bit of moon with me.”

In fact, it was the first song he released.

Featuring a gentle melody and simple, genuine lyrics, it’s definitely one of the sweetest songs about dogs’ love.

“All he asks from me is the food to give him strength
All he ever needs is love and that he knows he’ll get.”

It’s pretty clear that Norah Jones dedicated “Man Of The Hour” to a dog.

This song will remind you of your dog’s worth – he doesn’t cheat, he doesn’t argue, and he will never make you cry. He’s the man of the hour.

“Do I deserve
To be the one
Who will feed you breakfast, lunch, and dinner
And take you to the park at dawn
Will you really be
My only man of the hour.”

“Walking the Dog” was Rufus Thomas’ signature song and one of his most successful hits. The song reached number 10 on the Billboard Hot 100 in 1963.

It’s a very charming song about, well, walking the dog.

In fact, Rufus Thomas wrote several dog-themed songs including “The Dog” and “Somebody Stole My Dog”.

At first, we wanted to put Elvis Presley’s “Hound Dog”, a timeless rock&roll tune and one of the best-selling singles of all time.

But the lady did it first.

“That old King was a friend of mine
Never knew a dog that was half as fine
I may find one, you never do know
‘Cause I still got a long way to go.”

It’s one of those songs about dogs that reflects all the memories.

With its well-known earworm beginning, “Who Let The Dogs Out” is probably one of the most popular songs about dogs.

Released in 2000, the song Baha Men’s first and only hit in UK and US.

And even though there’s a documentary about the creation of this song, we’re still not sure who let the dogs out.

And although the lyrics seem somewhat whimsical, they talk about loneliness.

However, it’s true that dogs can be great companions and mean the world to people who live by themselves.

“I want a dog, a Chihuahua
When I get back to my small flat
I want to hear somebody bark
Oh, you can get lonely
I want a dog.”

Tom Waits dedicated this song to all the lost people with no sense of direction.

He used the phrase ‘rain dogs’ that refers to the habit of leaving home and getting lost, just like dogs do when it rains and they can’t follow their trace back home.

Either way, it’s a nice blues track with a (dog-like?) quirky atmosphere.

When it comes to dog-themed songs, we can’t skip “I Wanna Be Your Dog”, although we’re sure it’s not really a song about dogs.

However, this timeless classic was released as The Stooges’ debut single, and it’s one of the songs that helped Iggy Pop rise to fame and become a punk icon.

“And I close my eyes
And I kiss that frog
Each time finding
The more boys I meet the more I love my dog.”

In her song “The More Boys I Meet”, Carrie Underwood is tired of dating the wrong guys. And every time she gets disappointed, she realizes how much she loves her dog.

Well, dogs indeed are the most loyal and honest companions, so she’s not wrong.

Either way, “The More Boys I Meet” is one of the cheerful country songs about dogs.

We all wish we had a dog’s life sometimes.

Just laying in the sun and eating, without a care in the world.

“I Love My Dog” by Sublime is a simple, chill song about love for your dog.

Sublime was an American reggae and ska-punk band. And the band’s mascot was the lead singer Bradley Nowell’s dalmatian Lou Dog.

So it’s only logical that this song found its spot on the list of the best songs about dogs.

Tom Petty & The Heartbreakers released this track on one of their albums from the 80s.

It’s a lively, hopeful song about freedom and all the ‘dogs’ on the run.

“Anything I want , some of us are different
It’s just something in our blood, there’s no need for explanations
We’re just dogs on the run’.”

As one of Florence + The Machine’s greatest hits, “Dog Days Are Over” became a favorite indie anthem.

It’s an incredibly cheerful song about overcoming hard situations in life. So in this case, dog days refer to bad times, but the song is inspired by something cool.

The singer Florence Welch was riding her bike every day past the rainbow sign ‘Dog Days Are Over’ which inspired her to write the song.

“Run fast for your mother, run fast for your father
Run for your children, for your sisters and brothers
Leave all your love and your longing behind
You can’t carry it with you if you want to survive.”

“Dog Years” by the young American singer Maggie Rogers is a calming, indie tune released in 2017.

As the singer explained in one of the interviews, “Dog Years” is about change, love, and trusting yourself.

“I count my time in dog years
Swimming in sevens
Slow dancing in seconds
Oh, and I’m the one that loves you.”

When it comes to songs with lyrics about dogs, Iron & Wine named their whole album “The Shepherd’s Dog.”

Released in 2007, the album got a lot of praise, which is amazing considering that it’s an alternative indie folk album.

One of the tracks from the album is called “Wolves (Song of the Shepherd’s Dog)” and it can be interpreted in several different ways which is the charm of the bands like Iron & Wine.

“Song of the shepherd’s dog
Waiting around the jack caught the rooster
On a rooftop waiting for day
And you know what he’s gonna say.”

One of the popular songs about pets is “Gonna Buy Me A Dog” by The Monkees.

The song has the familiar 60s rock vibe and somewhat goofy energy.

After all, the group was created specifically for the situation comedy “The Monkees.”

“I’m gonna buy me a dog
You couldn’t teach a dog to do that
You can only train elephants
‘Cause I need a friend now. “

Of course, Pink Floyd used the theme of dogs and animals to portray their thoughts about human behavior and society in general.

“Sometimes it seems to me as if I’m just being used
Gotta stay awake gotta try and shake off this creeping malaise
If I don’t stand my own ground, how can I find my way out of this maze?”

“Atomic Dog” is a funky tune by the American singer, musician, and producer George Clinton.

When searching for the best songs about dogs, this song always comes up.

And if you check out the song’s whimsical lyrics, you’ll understand why.

“Yeah, this is a story of a famous dog
For the dog that chases its tail will be dizzy
These are clapping dogs, rhythmic dogs
Harmonic dogs, house dogs, street dogs
Dog of the world unite.”

It’s a song about a death of a dog – it was allegedly one of the dogs on the farm where Bernie Taupin who wrote the song grew up.

Either way, Elton John is a dog lover, so this is certainly one of the genuine songs about dogs’ love.

“There’s four feet of ground in front of the barn
That’s sun baked and rain soaked and part of the farm
But now it lies empty so cold and so bare
Gulliver’s gone but his memory lies there.”

Lyrics are, of course, somewhat abstract, but the song and the whole album definitely come to mind when thinking about popular songs with dog lyrics.

The fantastic soundtrack for the beloved animated film “Balto” was composed by Jason Horner.

The film is based on the real story of a Siberian Husky who led a team of sled dogs in Alaska to carry medicine and combat an outbreak of diphtheria.

After Balto’s death in 1933, his body was mounted and displayed in the Cleveland Museum of Natural History. There’s also a statue of Balto in Central Park in New York City.

So, if you’re searching for songs to dedicate to your dog, this is a perfect choice.

There are many different songs about dogs, from emotional tracks based on personal stories to fun, quirky songs.

However, all of these songs are inspired by dogs, at least in some way.

In the end, it’s nice to be reminded of how fun, interesting, and loving these animals are, and how much they mean to people.

So, we hope this article helped you appreciate your four-legged companion even more!