35 Best Songs About the Sun & Sunshine 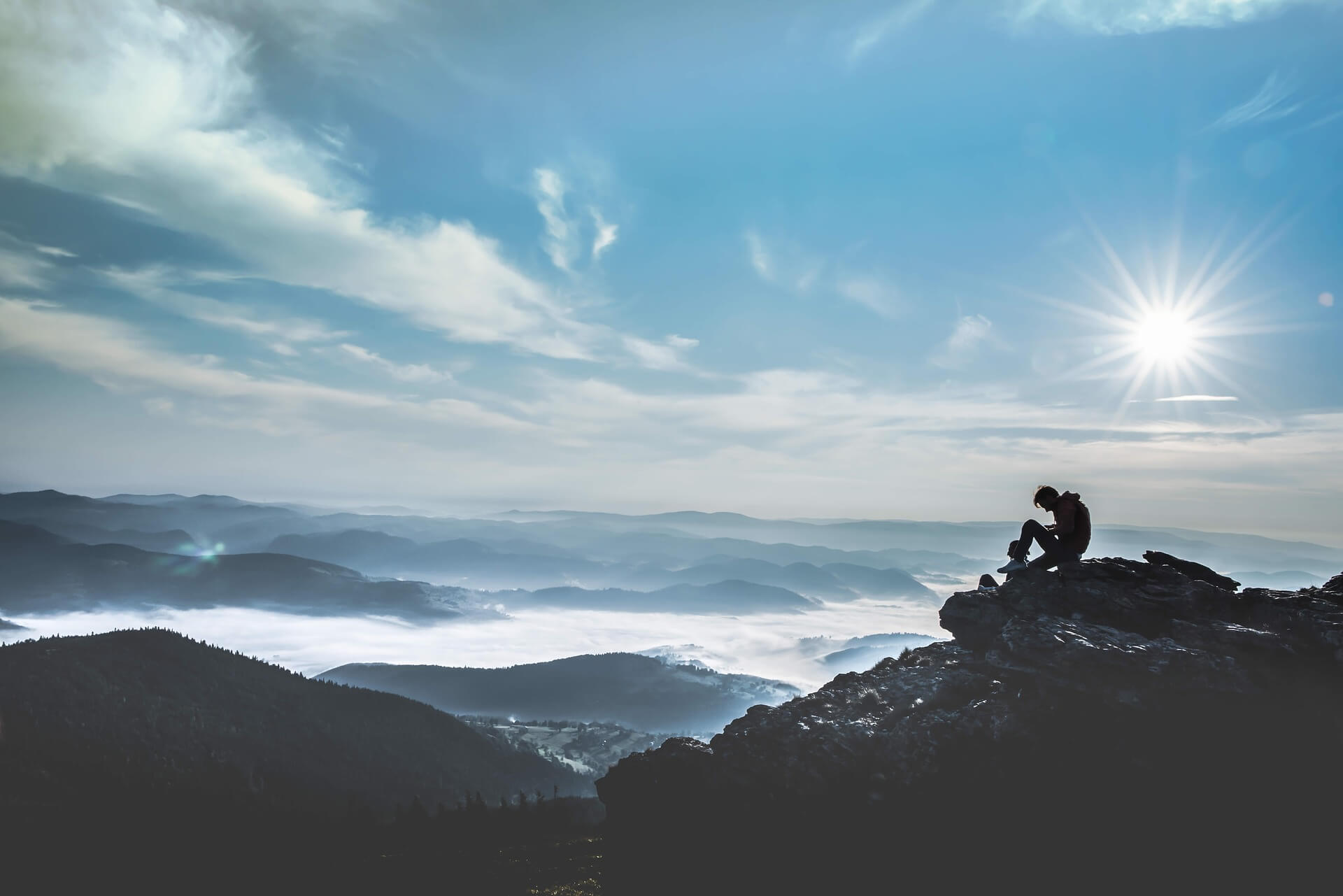 Everything somehow seems easier when it’s sunny outside.

And sometimes, all you need to do is go for a walk and soak up the sun. That small thing can do wonders for your mind.

Sunny days have always been associated with happiness and well-being.

So it comes as no surprise that most songs about sunshine are cheerful or calming.

To brighten up your day, we’ve picked the 35 best songs about the sun.

They will make a perfect soundtrack for your next sunny walk!

35 Best Songs About the Sun

Let’s start with one of the most famous songs about the sun.

“Here Comes The Sun” is not the only sun-related song by The Beatles.

But it’s definitely the most memorable one.

And Nina Simone did an amazing cover of it.

When it comes to sunrise songs, Norah Jones is definitely a winner.

She released “Sunrise” in 2004 and received multiple awards for it.

“Sunrise, sunrise
Looks like mornin’ in your eyes
But the clock’s held 9:15 for hours.”

3. Katrina and the Waves – “Walking on Sunshine”

This is arguably one of the most iconic songs about the sun.

And probably one of the most uplifting one-hit-wonders.

“Walking on Sunshine” simply feels like pure happiness. It’s like a shot of positive energy we all need from time to time.

If “Walking on Sunshine” had a brother, it would be “I Can See Clearly Now” by Johnny Nash.

And it’s still one of the favorites sunny songs.

“I can see clearly now the rain is gone
I can see all obstacles in my way
Gone are the dark clouds that had me blind
It’s gonna be a bright
Bright sunshiny day.”

“Sun is shining
Weather is sweet
Make you want to move
Your dancing feet, now.“

Among other things, he was always determined to sing about two things: what is right and what feels good.

And “Sun is Shining” seems to be about both. Either way, it will help you appreciate the present moment.

“Follow The Sun” by the Australian singer Xavier Rudd will instantly put your mind at ease.

This song is ideal for watching a sunset by the sea or a nice walk in a sunny forest.

There are many pop songs about sunshine, and Natasha Bedingfeld’s 2007 hit definitely deserves a spot on this list.

In the movie “Easy A”, after receiving a greeting card featuring “Pocketful of Sunshine”, the main character Olive (Emma Stone) says it’s the worst song ever and then becomes addicted to it.

“When I wake up in the morning, love
And the sunlight hurts my eyes”

The list of the best songs with sunshine in the lyrics is not complete without “Lovely Day.”

Although we thought about including Withers’ “Ain’t No Sunshine When She’s Gone“, this seemed like a better choice for your lovely sunny day.

Songs about the sun aren’t always perky and joyful.

Even though “Black Hole Sun” doesn’t feel gloomy, it certainly brings a different kind of energy. And it’s a powerful one.

Either way, “Black Hole Sun” is one of the Soundgarden’s most recognizable songs, written by the band’s dearly missed frontman Chris Cornell.

The Kinks is another famous band that was often inspired by the sun.

Their “Sunny Afternoon” is one of the most iconic songs about sunshine and summer.

The song is easy-going and quirky; everything you need for a lazin’ on a sunny afternoon.

“The tax man’s taken all my dough
And left me in my stately home
Lazin’ on a sunny afternoon.”

When thinking about rock songs about the sun, one song, in particular, comes to mind: “Island in the Sun” by Weezer.

It’s simple and catchy, and it’s a nice throwback to the early 2000s music.

“When you’re on a holiday
You can’t find the words to say
All the things that come to you
And I wanna feel it too.”

“Towards the Sun” by the British artist, Alexi Murdoch is a perfect song for the end of the day. When you can slow down and relax while the sun goes down.

Although its lyrics aren’t as optimistic, they reveal Murdoch’s interesting thoughts and songwriting skills.

“See, the clouds are creeping
Towards the sun
And I’m slipping away
Unseen by anyone.”

One of the most popular songs of 2021 is “Cover Me In Sunshine.”

And this kind of down-to-earth positivity is everything that people need right now.

“Cover me in sunshine
Shower me with good times
Tell me that the world’s been spinning since the beginning
And everything will be alright.”

This is another song with sun in the title that will boost your energy.

It’s a perfect song for a sunset drive.

It’s an uplifting song with a catchy melody and sweet lyrics.

“The roads I knew
Became a city
And I wonder
Will you wait for me?”

The title of this song fits its atmosphere perfectly.

And the combination of Khruangbin’s chill sound and Leon Bridges’ soothing voice works so well.

“Say you wanna hit the highway while the engine roars
Well, come on, roll with me ’til the sun goes down
That Texas sun.”

“Mr. Sun” is proof of the singer’s musical and aesthetic authenticity, and hopefully only the first of her many successes.

“Woke up today and the sun was shining
I said Mr. Sun
Where have you been?”

“Hard Sun” by Eddie Vedder is arguably one of the most powerful songs with sun in the title.

It’s a part of Vedder’s album “Into the Wild” created for the movie of the same name.

19. Takuya Kuroda – “Everybody Loves The Sunshine”

A Japanese jazz musician Takuya Kuroda knows that everybody loves the sunshine.

And that’s why he created this unique, captivating song about the sun (and a couple of other things.)

He released “Everybody Loves The Sunshine” on his album “Rising Son.”

Matisyahu had a slightly different approach to the sun theme than Takuya Kuroda.

He made a cheerful, catchy song about sunshine, courage, and persistence.

“Reach for the sky
Keep your eye on the prize
Forever in my mind
Be my golden sunshine.”

21. John Denver – “Sunshine on My Shoulders”

When you haven’t seen the sun in a while, that’s when you appreciate it the most.

And John Denver knew how to portray that feeling in his beautiful track “Sunshine on My Shoulders.”

When asked about the meaning of the song, he said: “On one level it was about the virtues of love. On another, more deeply felt level, it reached for something the whole world could embrace.”

Without a doubt, this is the most iconic song about sunshine.

Numerous artists made a fantastic cover of this song (Johnny Cash and Ray Charles, just to name a few.)

In fact, according to BMI, “You Are My Sunshine” has been recorded by more than 350 artists and translated into 30 languages. Quite impressive!

But we wanted to pay tribute to Jimmie Davis and the original version.

Sheryl Crow knew how to capture the feeling of summertime freedom.

“Soak Up The Sun” is a classic feel-good song you don’t mind hearing on the radio, especially if you’re in the mood for uplifting, sunny songs.

“I’m gonna soak up the sun
I’m gonna tell everyone
To lighten up.”

When it comes to classics, we can’t skip Boney M.

Even though “Sunny” might not refer to the shining ball in the sky, it’s an ideal song for sunny days.

“Sunny, yesterday my life was filled with rain
Sunny, you smiled at me and really eased the pain.”

Another song made for dancing in the sunshine is “Another Day of Sun.”

The song is featured at the beginning of the movie “La La Land”, and it immediately creates a joyful, carefree atmosphere needed for the scene.

“Staring at the Sun” perhaps isn’t one of the universally popular songs about the sun, but it’s definitely worth mentioning.

But if you’re a fan of indie music, then you’re familiar with TV On The Radio and their distinctive style.

And “Staring at the Sun” was released as their debut single in 2004.

“We’ve only just begun
Hypnotized by drums
Until forever comes
You’ll find us chasing the sun.“

“Chasing The Sun” by The Wanted was released in 2012; was it really that long ago?

Either way, this hit remains one of the most popular songs about the sun.

We’re back to older classics. And “House of the Rising Sun” is definitely one of the most timeless songs about the sun.

However, there are several theories about the meaning of this song.

For the purpose of this article, let’s say it’s about a nice sunset spot in New Orleans.

29. Pink Floyd – “Set The Controls For The Heart Of The Sun”

As much as they were influenced by the moon, Pink Floyd was also inspired by the sun.

They released this unique track on their 1968 album “A Saucerful of Secrets.”

Unlike the protagonist in this song, we hope you’re not in trouble every time the sun comes up.

Either way, this is a gentle, dreamy tune written in Sharon Van Etten’s recognizable style.

In a way, most of the Crystal Fighters’ songs sound like they were written during a beautiful sunny day.

And “Yellow Sun” will make you feel like you’re dancing on the yellow sun.

It was released on the band’s third studio album “Everything Is My Family.”

“I feel the sunlight on my head
The scent of summer in my bed
When we were footprints in the sand
Stealing liquor, making plans.”

In one of the press releases, MØ said that the song is about imaginary love and living in a bubble.

Either way, it’s a catchy, youthful tune ideal for a sunset dance.

Lorde’s latest single sounds like an ode to the Sun. It’s simple, calming, and summerish.

“Solar Power” is a part of the album of the same name.

“My cheeks in high color, overripe peaches
No shirt, no shoes, only my features.”

34. Colbie Caillat – “Brighter Than the Sun”

It looks like Colbie Caillat really likes the sun.

Besides making a cover of “Here Comes the Sun”, she released this sunny song on her 2011 studio album.

“Oh, we could be the stars, falling from the sky
Shining how we want, brighter than the sun.”

And although its lyrics indicate it’s a (sad) love story, “She’s Only Happy In The Sun” will help you appreciate simple things like enjoying beautiful sunny days.

Hopefully, this article helped you realize how much joy and calmness you can find in enjoying the sun.

Besides being incredibly beneficial for our health (in the right amount), the sun seems to be an endless inspiration for musicians.

It’s mostly associated with happiness and laid-back vibes, but it’s also a symbol of power and energy.

Either way, songs about the sun are rather versatile, and we hope you enjoyed our selection!

Songs About The Moon

35 Best Songs About the Moon