What does freedom mean to you?

When do you feel free?

Freedom is certainly one of the most important concepts in life, and it can refer to a myriad of things. So it’s sometimes hard to define it.

However, music about freedom can show you how different people see it.

And it can inspire you to think about what being free really means.

Therefore, we’ve made a selection of the 30 best songs about freedom.

We’ll show you lesser-known tunes as well as some iconic lyrics about freedom.

Let’s begin with one of the best modern songs about freedom.

It’s about finding your own way in life.

And it’s incredibly liberating and inspiring. It sounds like an ode to life and freedom.

“See, whoa, c’est la vie
Maybe something’s wrong with me
But, whoa, at least I am free.”

When it comes to movie soundtracks, this is arguably one of the best songs about freedom.

It’s featured in “Django Unchained”, Tarantino’s film about a freed slave who travels across America to free his wife.

And “Freedom” is definitely one of his most powerful tracks.

He dedicated it to refugees fleeing to Europe and therefore tackled the important issue that’s still very relevant.

In one of the interviews, he said: “We have to be open. And it’s a tough conversation, but America is built on immigrants. We wouldn’t have a country without them.”

“Your first name is Free
Last name is Dom
We choose to believe
In where we’re from.“

This is an unforgettable classic.

After all, she was a civil rights activist, a musical icon, and a huge inspiration.

“I’ll Tell You What Freedom Is to Me. No Fear”, said Simone after being asked what freedom means to her.

“I wish I could share all the love that’s in my heart
Remove all the bars that keep us apart
I wish you could know what it means to be me
Then you’d see and agree
That every man should be free.”

Are you ready for the most iconic song about freedom?

No matter how many times we listen to it, George Michael’s “Freedom” always feels fresh and motivating.

Beyoncé has a lot of songs that could be described as freedom songs (“Formation”, “Single Ladies”, “Flawless”…)

However, nothing does it like her album “Lemonade” and its 10th track “Freedom.”

In one of the live performances, she dedicated it to black lives lost to police brutality.

Lyrically, Queen’s iconic song “I Want To Break Free,” tells the story of someone who feels trapped in a relationship.

However, the song turned out to be a personal freedom anthem, and it’s undeniably one of the most popular songs of freedom ever written.

Although ABBA’s popular hits sound incredibly liberating, they decided to literally write the “Ode To Freedom.”

The song was released in 2021 on ABBA’s comeback album “Voyage.”

With “Ode To Freedom”, the iconic group showed their calm and, genre-wise, almost classical side.

“I would like to think that freedom is
More than just a word
In the grand and lofty language
Odes to freedom often go unheard.”

Speaking of liberating songs, Lana Del Rey has recorded a handful of them.

And if “Get Free” sounds a little too familiar, it’s probably because of the song’s similarity with Radiohead’s “Creep.”

On the other hand, the song is authentically and unapologetically Lana.

“Sometimes it feels like I’ve got a war in my mind
I want to get off, but I keep ridin’ the ride
I never really noticed that I had to decide
To play someone’s game or live my own life.”

10. Major Lazer and Amber of the Dirty Projectors – “Get Free”

Major Lazer released a song of the same name in 2012.

And it somehow feels like it was yesterday; “Get Free” sounds like a fresh, captivating tune and it also raises awareness about the issue of poverty.

This Lynyrd Skynyrd classic is one of the upbeat, energetic rock songs about freedom.

It’s like a tribute to wanderlust and living free.

“If I leave here tomorrow
Would you still remember me?
For I must be traveling on now
‘Cause there’s too many places I’ve got to see.”

Morcheeba’s Skye knows a thing or two about what it means to live free.

Her song “The Sea” will transport you to somewhere by the sea, where the only thing you can feel is a gentle breeze and the warmth of the sand…

“I left my soul there
Down by the sea
I lost control here
Living free.”

Do you want to set free?

What would that mean for you?

The Velvet Underground’s music can motivate you to think about these questions.

They are not easy, but they might eventually set you free.

Many people agree that “Wind of Change” is one of the best songs about freedom.

Well, considering the message of the song, that makes perfect sense.

Scorpions’ signature song talks about the desire to live in peace while making references to significant historical events.

“The future’s in the air
Can feel it everywhere
Blowing with the wind of change.”

“Free Fallin'” is definitely one of the most famous songs with free in the title.

It was released as an opening track from Tom Petty’s debut solo album in 1989.

And it’s still a beloved tune.

“I wanna glide down over Mulholland
I wanna write her name in the sky
I’m gonna free fall out into nothin’
Gonna leave this world for a while.”

Nelly Furtado’s most iconic hit is a song about being free and independent.

In the song, she warns her partner that she might eventually just fly away.

It’s upbeat, catchy, and positive. Let the music take over.

“When I move my body just like this
I don’t know why
But I feel like freedom
I hear a song that takes me back
And I let go
With so much freedom.”

And this energetic Jungle tune is one of the examples.

Next time you feel down or insecure, turn up the volume and just keep moving.

“Unless you understand it and find out what to do
Don’t think about it, I’ll be running with you
If I can’t understand it, I’ll find another way
Keep moving, keep moving.”

It has everything you need to feel completely free.

This quirky indie gem will motivate you to go out and do whatever makes you feel free.

Sometimes you just need to take it easy and let your mind wander.

At the beginning of “Borders”, M.I.A. announces what the song will be about.

It’s a powerful depiction of the 2015 European migrant crisis.

And it’s still a relevant song that needs more attention.

Beirut’s “Elephant Gun” is a type of song that will encourage you to enjoy your life and appreciate the little things.

Ironically, the lyrics refer to war, refugee camps, and all of the things that are the opposite of freedom.

“Far from home, elephant gun
Let’s take them down one by one
We’ll lay it down, it’s not been found, it’s not around.”

“Somebody left the gate open
You know we got lost on the way
Come save us a runaway train
Gone insane.”

It’s one of those hopeful, uplifting songs that can help you get through the day. You can almost feel the wind and hear the sounds of nature.

Although it’s not one of the LP’s most popular tunes, it definitely deserves to be on every freedom playlist.

“Weightless” is also one of the pop songs about freedom.

It will remind you to let go of all the things that hold you down.

It’s true, you should be focused on finding your own freedom. Unfortunately, it’s much easier said than done.

But of course, it’s not impossible, and songs like “Weightless” will make you believe that anything is possible.

“The sky is the limit
And I just wanna flow
Free as a spirit on a journey of hope
Cut the strings and let me go
I’m weightless, I’m weightless.”

There is something very liberating in looking at the bigger picture.

We’re all just trying to do our best, achieve our goals, and enjoy the journey. And that’s alright.

The energy of London Grammar’s “Big Picture” will help you look at the world from a similar perspective. And it will help you appreciate it.

“Only now do I see the big picture
But I swear that these scars are fine
Only you could’ve hurt me in this perfect way tonight.”

This is hands down one of the most dancey songs with freedom in the lyrics.

And maybe that’s exactly what you need right now.

“Feel when I dance with you
We move like the sea
You, you’re all I want to know.”

Cream’s “I Feel Free” is simple but somehow very empowering.

Isn’t feeling free the best feeling in the world?

Well, life can often get in our way. But sometimes, we are the ones who stop ourselves from being free. And things can be pretty simple…

One thing is for sure: The Rolling Stones’ music will always make us feel free.

And their song about being free is no exception.

“Free Your Mind” was released in 1992, and in a way, it was very progressive.

The song suggests letting go of all superficial, unjust, and prejudicial opinions.

And they were right: free your mind and the rest will follow!

Bob Marley is undoubtedly one of the biggest inspirations in music history.

He was always advocating for freedom, peace, and unity.

And “Redemption Song” is an anthem of all these things.

It’s a call to free your mind, and that’s why it’s also a perfect ending to our list of the best songs about freedom.

“Won’t you help to sing
These songs of freedom?
‘Cause all I ever have
Redemption songs.”

Freedom is one of the most common themes in music.

And probably the most important one.

Although most of the songs we picked portray freedom as an emotion, the concept of freedom is much more than that.

It’s a goal we all need to work on: to create a free and equal world.

We still have a long way to go, but making small changes is a good start.

And all of these songs about freedom can be a great inspiration.

Finally, as Robert Frost said, “Freedom lies in being bold.” 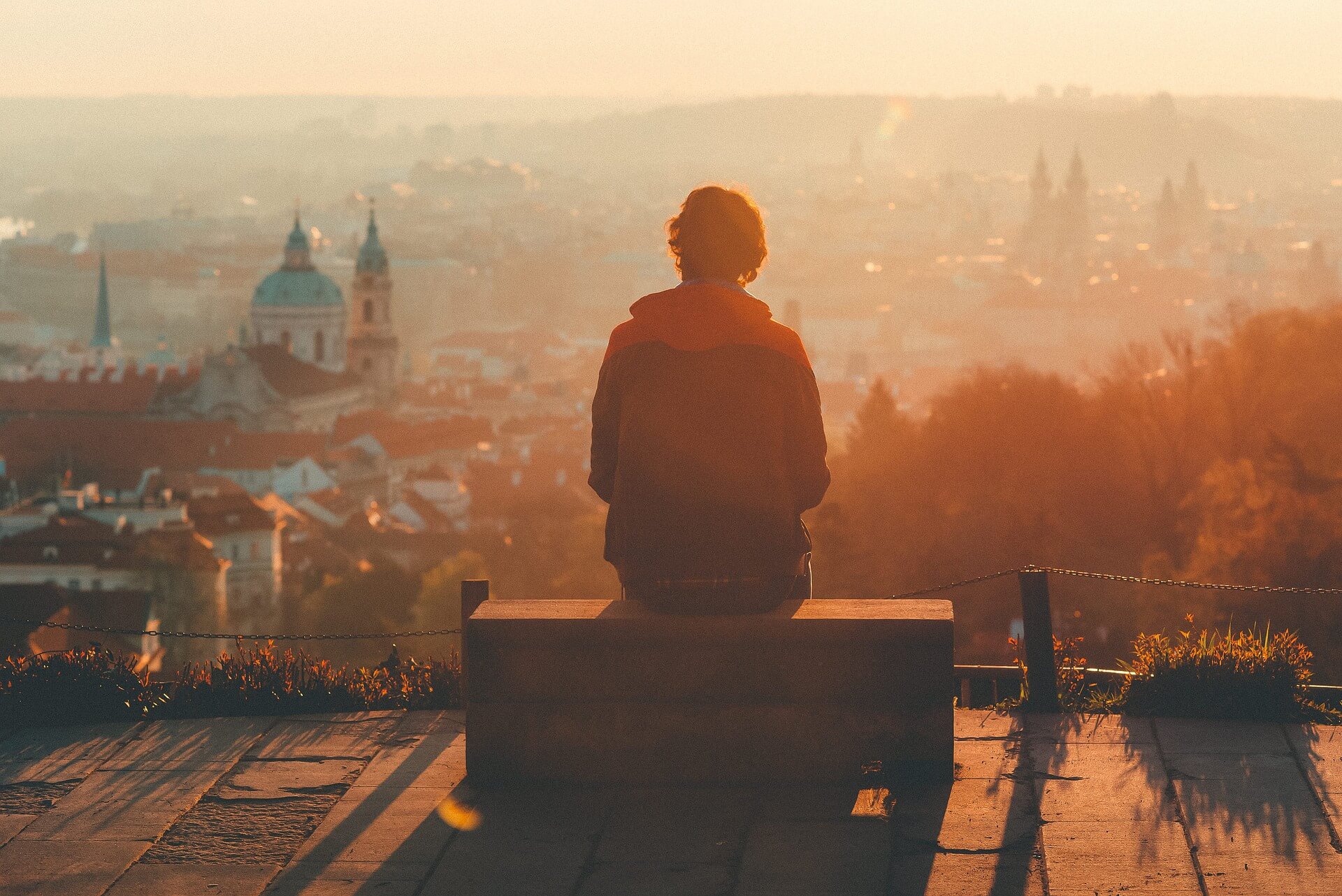 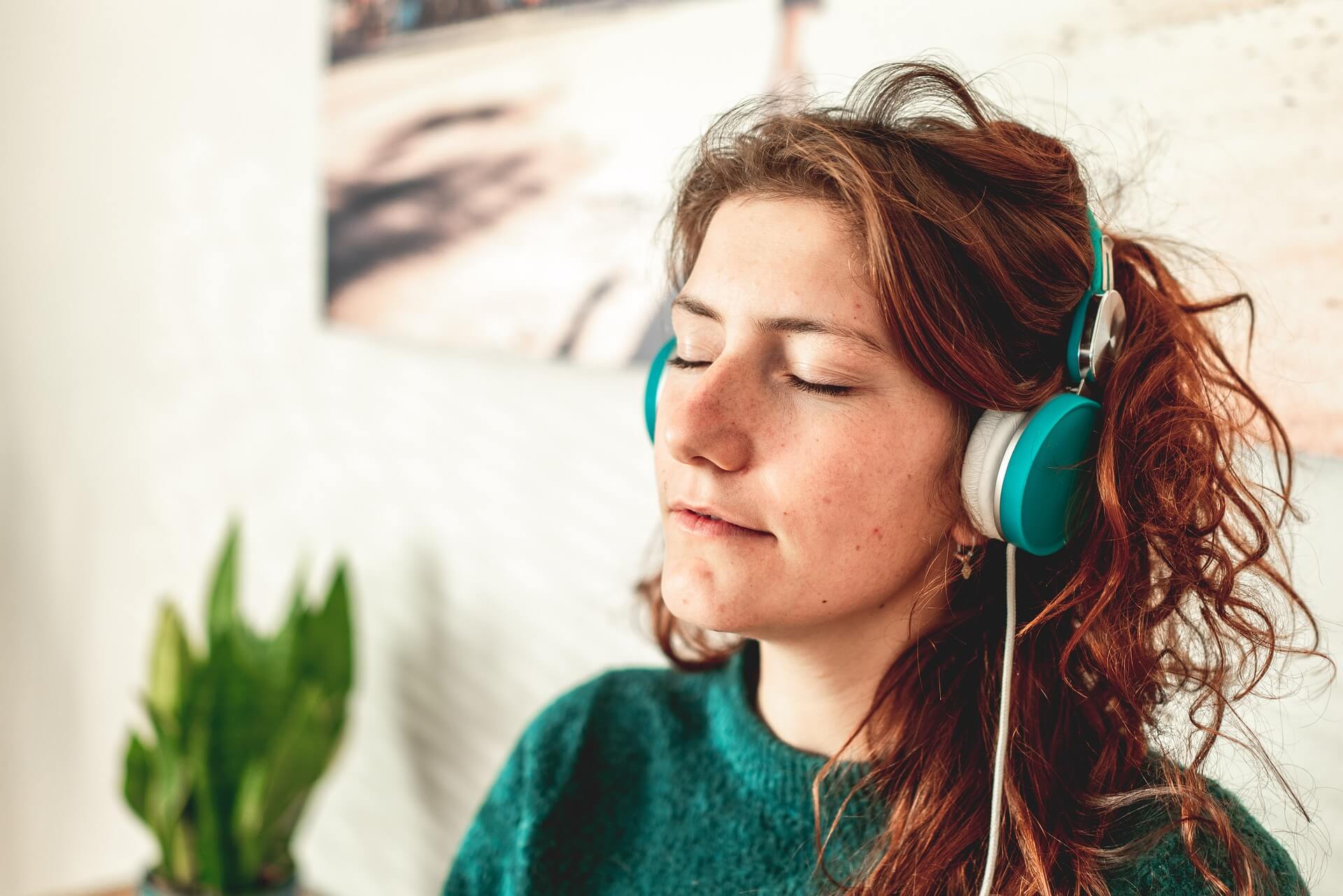 I've been surrounded by music from a young age and want to share my passion for it with you. From numerous bands to short stints working in music shops, read more about me on the 'Here's My Story' page!