27 Best Songs About Blue Eyes of All Time 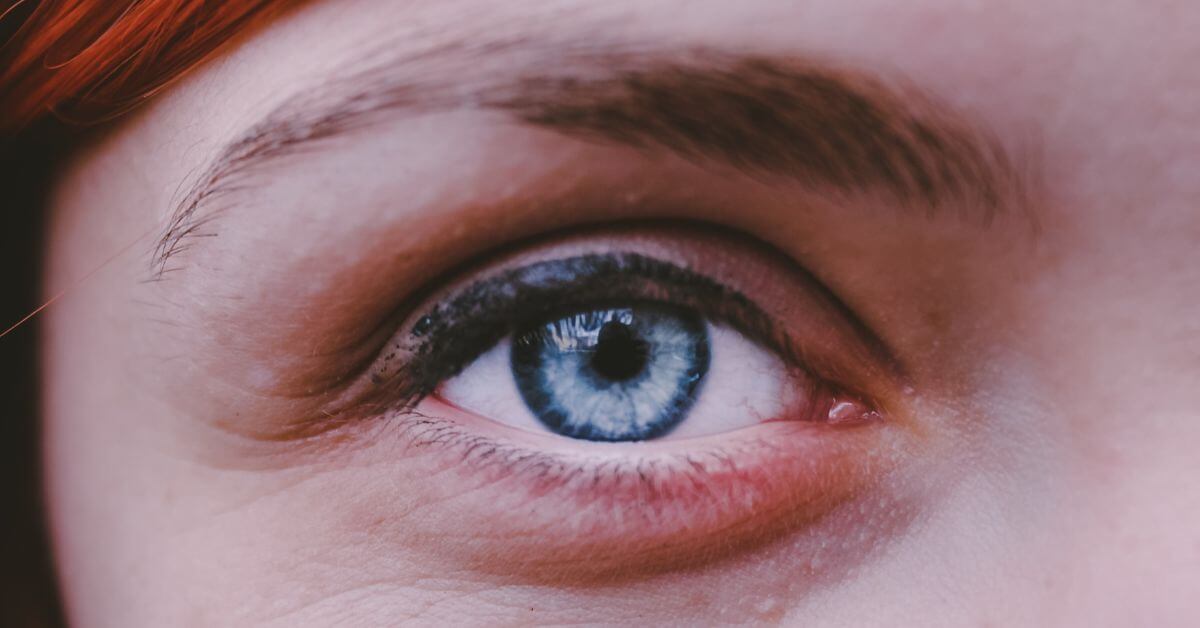 Blue eyes have long been a source of fascination and inspiration for songwriters and musicians.

Blue is often associated with feelings of calmness and tranquillity, and blue eyes are often seen as a symbol of beauty and attractiveness.

In this list, we will explore some of the best songs about blue eyes, featuring a range of styles and genres, from country and folk to pop and rock.

Whether you have blue eyes yourself or simply appreciate the beauty of the color, these songs are sure to capture your attention and stir your emotions.

ZZ Ward released the fierce, ferocious song “Blue Eyes Blind” in 2012. Her album, Til the Casket Drops, features it as the third song.

The main character has “blue eyes blind” from an intense love that has blinded her.

Additionally, the song compares Hughes and Harlow, the stars, and the beautiful, clear sky.

He included the song on his Tullahoma album.

He dedicated the album as a gift to his Tennessee community of the same name.

The young man in the song yearns to take his girl somewhere quiet, like the side of a river, and get lost in her blue eyes.

“Feels Like Summer” by Weezer is one of the most popular songs about blue eyes.

Feels Like Summer has it all for those of us who appreciate upbeat reggae and rock.

It features steel drums and trumpets that keep us rocking.

Don’t be fooled by how laid-back it sounds.

In the lyrics, a different story of a boy who lost his blue-eyed angel is told.

The song, which was released by Weezer in 2017, received a Grammy nomination at the 61st ceremony.

4. “I Love You Always Forever” by Donna Lewis

Another great blue eye song is “I Love You Always Forever” by Donna Lewis.

According to her, the song was inspired by H.E. Bates’ novel, “Love for Lydia.”

“I Love You Always Forever” became popular in 15 different nations and peaked at number two on the US Billboard chart.

This iconic Guns N’ Roses song, which has over one billion views on YouTube, was included in their debut album.

When it was released in 1988, “Sweet Child O’ Mine” quickly rose to the top of the US singles charts.

Axl Rose, who wrote the song’s lyrics, based the song’s “blue eyes” on Don Everly’s daughter.

The song has a heavy, circus-like beat. She was his first love.

“Suite: Judy Blue Eyes” brings up warm, happy memories for those of us who can remember the 1967 romance between Judy Collins and Stephen Stills, two musical legends.

Even though Stills and Collins’ romance ended in 1969, their love was immortalized in Stills’ song about Collins.

After 50 years, they are still close friends and even go on tours together.

In 2006, Taylor Swift surprised Tim McGraw by releasing a song with his name in the title.

It turned out that she wrote the song in her seventh-grade math class.

She sings of her blue eyes and the truck she was riding in with her young boyfriend while listening to McGraw.

McGraw and Swift became friends as a result of the song.

Elton John’s “Bue Eyes” is one of the great songs with “blue eyes” in the title.

Blue Eyes was a track on Elton John’s Jump Up album from 1982. For this song, he received a Grammy Award nomination.

At the memorial service for his longtime friend Elizabeth Taylor, he sang this song.

Some assume he wrote the song as a tribute to Marylin Monroe when he initially performed it.

“Hey Blue Eyes,” the fourth and last song from the 2014 EP American Beauty’s four songs, is a sad political ballad.

Springsteen explained the song’s historical setting in the following way: “Written during the Bush years, it’s a metaphor for the house of horrors our government’s actions built in the years after the invasion of Iraq.”

It has a frightening air of darkness and hopelessness, yet he offers a glimmer of hope in the end by saying, “Hey, Blue Eyes, it’s alright.”

The song was written for his band, but he felt his sister’s vocals would fit the theme better.

The brother and sister team released it on SoundCloud in 2015, where it quickly gained popularity.

From Glass Animals’ debut album, ZABA, “Hazey” is the fourth single to be released.

It deals with the frustration of having an abusive, drunken partner but being powerless to leave her.

One of their best-known songs was this one.

The song’s varied, electronic rock sound gives it a dreamlike vibe as it discusses how blue eyes can be deceiving.

“Fast Cars and Freedom,” a country song by Rascal Flatts, was released in 2005.

This song was no different from the group’s other eight number-one hits.

Because of its well-liked rock and country style, it also peaked at number one on Billboard’s Hot Country chart.

A man’s first love and his first car, an “old red Nova,” are the subjects of this upbeat country song.

As they drive, he thinks about his girl’s blue eyes and how her head rests on his shoulder.

The Velvet Underground’s “Pale Blue Eyes,” a song that Lou Reed co-wrote and sang, was released in 1969.

He claimed that the song was inspired by his first love’s marriage to another man and the fact that she does not have pale blue eyes.

“No Light, No Light” was a song released in 2011 by the British indie rock and soul band Florence + The Machine.

Florence Welch, the song’s lead vocalist, captures us with her portrayal of shattered relationships and the frustration of attempting to mend them.

We hear the fevered scream of “No light, no light in your bright blue eyes,” which has a frightening, supernatural quality.

This is one of those touching songs about blue eyes.

A sorrowful, emotional ballad composed for his 13-year-old daughter Jenifer, “Baby Blue” was released in 2004 and was first performed by George Strait.

He recorded the song in 1985, two years before she sadly died in a car accident.

He says she was a breath of spring and had baby blue eyes like the skies of Colorado.

This song can’t be heard without feeling the pain of a parent who lost his daughter just too soon.

16. “I Still Miss Someone” by Johnny Cash

I Still Miss Someone takes us back to 1958 when Johnny Cash first released it.

In 2002, he re-released it. It’s a simple love song in which the narrator laments missing the blue eyes of his ex-lover.

He still longs for his partner despite having high hopes of finding someone else.

This is one of the songs about blue eyes with “Blue Eyes” as the title.

Mika wrote and performed the upbeat song “Blue Eyes,”  yet the words convey a different message.

This song, which was released in 2009, is about a blue-eyed woman who loses her heart on the subway and searches for it.

Pete Townshend included this and other songs on the Who albums that were originally written for the unfinished rock opera Lifehouse.

“Behind Blue Eyes” was a song written by Pete Townshend and released by The Who in 1971 on their fifth album.

The Who’s most well-known hit is this particular song.

It addresses overcoming stress, loneliness, and temptation despite outward appearances of happiness and success.

19. “Blue Eyes Crying In The Rain” by Willie Nelson

Fred Rose is the writer of the song “Blue Eyes Crying in the Rain.”

The song was first performed by Roy Acuff, and numerous singers have covered it since then, including Charley Pride, Johnny Russell, and Hank Williams Sr.

The 2013 song “Blue Eyes Crying In The Rain” by Willie Nelson has the power to make even the toughest of hearts cry.

We can also sense the pain of memories and lost love thanks to his passionate, melodious guitar playing and mournful voice.

Diane Warren, an American songwriter, is the writer of the popular song about blue eyes, “Blue Eyes, Blue.”

The song was written for the Runaway Bride soundtrack in 1999.

British rock artist Eric Clapton recorded the song for the soundtrack, and on July 20, 1999, Reprise Records released his version of the song as a single.

The American rock group Dave Matthews Band, often known by the initials DMB, was founded in Charlottesville, Virginia, in 1991.

In the song “Grey Blue Eyes,”  which was included on the album Some Devil in 2003, Dave Matthews sings with a sorrowful and sad tone.

Whether it’s about lost love or lost faith is up for discussion, but either way, it causes us to think.

Clear Blue Eyes was a song that Amos Lee included on his album Mission Bell in 2011.

His soulful country voice brings back bittersweet memories of times when we were left alone to cry alone in the dark.

We should be thankful that Lee chose to share his musical talent with us instead of remaining to teach second graders and serve drinks.

“I Cried the Blue Right Out of My Eyes,” a hit song, was first performed by Crystal Gayle in 1970.

On the Billboard Country Singles chart, it peaked at number 23.

The song was written for her by her older sister, Loretta Lynn, and it helped her advance her career.

Gayle went on to win five Academy of Country Music Awards and a Grammy.

This well-known song spent 18 weeks in the top 100 on Billboard.

He portrays a child who looks out his window to see the new girl next door in this entertaining 1950s classic song.

The blue-eyed beauty has captured the attention of all the boys.

To tell her that he loves her, he is hoping she will come outside.

25. “Blue As Your Eyes” by Scouting For Girls

Our minds keep spinning like the “cyclone” in the lyrics to the Scouting for Girls song “Blue As Your Eyes” thanks to its frenzied beat.

The lyrics of the song describe falling in love but being unable to hold onto that love.

He or she becomes “blue as your eyes” as a result of the rejected love.

The protagonist of this song is in love with a special woman with many great qualities and blue eyes.

It emphasizes how romance may alter your life and your perception of yourself.

Additionally, it demonstrates how intense and all-encompassing romantic love can be.

The lyrics of this song make it one of the best songs about blue eyes.

I’ve “Cried the Blue Right Out of My Eyes,” by Crystal Gayle’s sister Loretta Lynn, which was followed by this song.

Brenda Lee was supposed to sing it, but she was unable to do so since she had blue eyes.

Gayle followed Lynn in recording it, and it went on to become a worldwide hit.

Richard Leigh, who wrote the song, based some of his words on the appearance of his dog’s brown eyes.

In conclusion, the 27 best songs about blue eyes showcase the enduring allure and mystery of this particular physical trait.

From classic country ballads to pop hits, these songs span a variety of genres and demonstrate the enduring fascination with blue eyes.

Ultimately, the 27 best songs about blue eyes serve as a testament to the enduring power of love and attraction and the way that physical features can catalyze these feelings.

30 Best Country Songs About Dogs of All Time