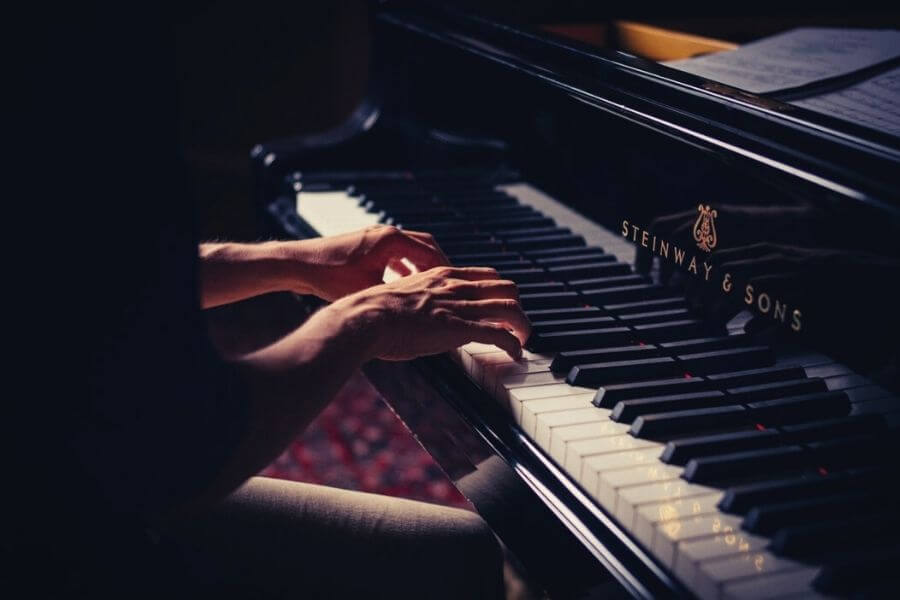 Since its conception around 1700, the piano has continued to shape music in each century and decade that it’s been around.

From Beethoven’s Piano Sonatas to Billy Preston’s funky melodies, to MIDI plugins operated through electric pianos and keyboards, there truly is something for everyone with the piano.

As such, many of you who want to learn to play piano may have come across and Yousician.

We’re going to be comparing these two sites in our vs Yousician comparison article to see which one gives you the best chances of tickling the ivories and learning piano like a regular Rachmaninoff.

Want to learn from our favorite online piano lesson platform? Start your journey with  here!

Let’s start by quickly going over the origins of these two learning online piano platforms.

officially launched as an online piano platform in 2014 after founder Chris Vance teamed up with developers Rain Interactive to provide something better in piano lessons.

After convincing the legendary Quincy Jones and David Sides, and later Harry Connick Jr, to aid in the production of lessons, has managed to average over 1 million views each month by 2018, and that number can only be bigger now in 2021.

Yousician, on the other hand, considers themselves to be the ‘largest educator in the world’ with over 20 million monthly active users between their main platform and supplementary GuitarTuna application.

They were founded by Chris Thur in 2010, with a mission to inject a little bit of fun and color to learn how to play an instrument.

Both and Yousician have remarkably similar price points. You can choose from a monthly, annual, or lifetime membership, with each having a great value.

In this vs Yousician comparison, their interfaces are their main unique selling points as online learning platforms.

Both require MIDI-supported keyboards or pianos, and both ‘listen’ to your playing to give real-time feedback.

Yousician shows notes on a sliding stave that moves with the music, feeling a little bit like a rhythm game, keeping learning both challenging and fun.

Meanwhile, show a mock keyboard and stave underneath the video lessons tutorial being given, with keys lighting up as you press them, allowing you to keep your eyes on the screen.

There’s not an awful lot that separates them here, with both offering accuracy scores based on your playing to give you an idea of how well you did, along with areas in which you need to improve.

do take it one step further, however, by generating charts to show learners key information such as how long they’ve practiced for, their scores, and other data that allows them to track their progress over time.

With both platforms impressing us here, let’s see how their courses fare against each other.

start you off on one of three main courses – the Rookie, Intermediate Tour, or Advanced Tour – based on your playing ability, ensuring both beginners and advanced players are able to start with something that interests them.

Yousician’s piano progression system is laid out in their ‘piano learning path.’ There are three main elements to consider here; missions, themes, and levels.

Here’s a quick overview of the piano lessons offered on Yousician:

While both platforms deliver extremely well-thought-out, organized, and clear paths for learners, Yousician’s offering does fall a little short of everything that has put on the plate.

You’re sure to get your money’s worth with Yousician and make great progress, it’s just that that little bit more for (around) the same price.

Truly, neither of these platforms is a bad choice, and you’re sure to have a great time learning to play the piano on both of them.

Alas, we must choose a winner between vs Yousician.

For learning to play the piano, is the better option for beginners and seasoned players alike. While they’re extremely similar, takes the edge over Yousician through the fact that they divide students by ability at the very beginning, meaning advanced players are not required to flick through missions and choose them rather haphazardly in order to find a suitable lesson.

This is probably because they’re completely focused on playing songs on the piano. If you are a multi-instrumentalist, Yousician offers courses for guitar, ukulele, bass, and vocals in addition to piano, which might sway you more towards them.

At the end of the day, the most important factor in the decision-making process is you.

If you like , great! If you prefer Yousician, that’s awesome!

Pick the platform that you think is going to motivate you to play and practice the most, and you’ll be playing the piano like Stevie Wonder in no time.

Want to learn from our favorite online piano lesson platform? Start your journey with  here!