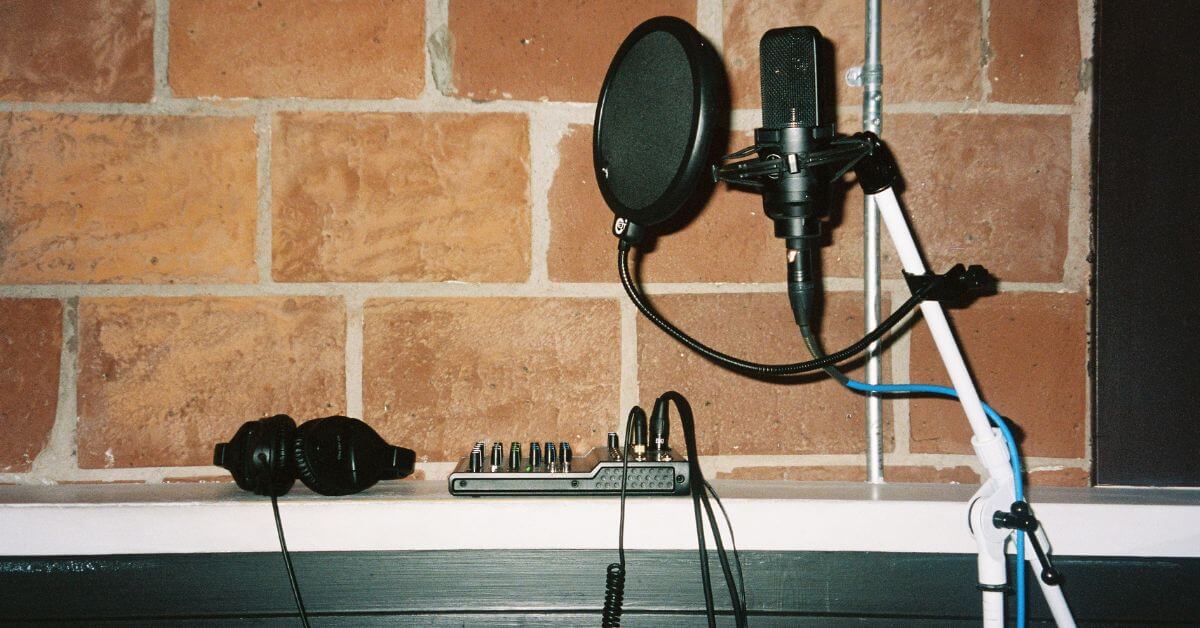 So finding good clean rap songs is not an easy task.

And that’s why we’re here – if you’re searching for clean rap songs for kids (or for any other reason), our list will come in handy.

We included all the best clean rap songs, from school appropriate rap songs to hip hip hits that don’t include any questionable language.

If you’re making a kid friendly rap songs playlist, you can include “Old Town Road” by Lil Nas X and Billy Ray Cyrus.

This is not a kid song, but it doesn’t include curse words or violent language.

Plus, it had a good beat and memorable lyrics.

That being said, “Old Town Road” is without a doubt one of the good rap songs for school.

And if you’re searching for a true kids hop hop song, you should explore KIDZ BOP Kids’ music.

“My House” is a good example of their kid-friendly hip hop music.

So if you’re making a hip hop birthday list for your kids, look no further – KIDZ BOP Kids got you covered.

“Sunflower” is another clean hip hop song your kids can listen to.

And it’s a great song – after all, Post Malone is currently one of the most popular musicians in the world.

Plus, “Sunflower” was used in the movie Spider-Man:Into the Spider-Verse.

So if your kid is a fan of Spiderman, even better!

“Me, Myself and I” is hands down one of the best clean rap songs out there.

Although it’s been a while since its release, the song still sounds great – it’s upbeat and very catchy.

And it’s clean, so you can easily add it to your kids’ hip hop playlist.

“Hotline Bling” is originally a popular song by rapper and singer Drake, but KID BOP Kids turned it into a kid-friendly version.

But their rendition is no less cool and catchy.

And  “Fallen” is his debut single released on his first studio album SYRE in 2017.

“Good Feeling” was a huge hit when it came out.

Taken from  Flo Rida’s EP of the same name, the song peaked at number 3 on the Billboard Hot 100.

And that’s because it’s incredibly catchy and uplifting.

Plus, the language is quite clean, and it’s not questionable – for the most part.

Sugarhill Gang’s “Rapper’s Delight” is a rap delight for all kids.

It’s a familiar tune that is an integral part of every kids party playlist.

The song was released in 1980, so it has that old school vibe.

“Baby Shark” is one of the most popular kids songs of all time.

The Baby Shark dance video is the most viewed video on YouTube.

And this special remix is ideal for kids who enjoy hip hop – it’s a cool version of “Baby Shark.”

10. “Despicable Me” by Pharrell

Pharrell Williams is one of the most prominent figures in popular music, and his tune “Happy” became a viral hit.

But he also made a couple of kid friendly hip hop songs for the movie Despicable me.

And the title song from the soundtrack is without a doubt the best.

MC Hammer’s “U Can’t Touch This” is an all-time dance classic.

If you’re preparing a playlist for your kid’s party, you can’t go wrong with MC Hammer.

Plus, everyone will get the chance to learn the Hammer dance.

“Who Let The Dogs Out” is another iconic dance song.

It was released in 2000, and it’s actually officially categorized as children’s music.

That being said, Baha Men’s biggest hit is a must-listen to every kids party.

Beastie Boys has released many hits over the years, but “Intergalactic” is their best clean hip hip song.

It’s also one of their biggest hits, and a favorite kid-friendly tune.

Moreover, the lyrics are pretty easy to learn… the first part of the song at least.

Destiny’s Child’s “Survivor” is hands down one of the best R&B songs of all time.

And it doesn’t include any questionable language.

On the contrary – it conveys an important message of power and encouragement.

“Survivor” was released in 2001, and it’s regarded as Destiny’s Child’s signature song.

A proper children’s party can’t go without the beat of “I Like To Move It.”

This iconic kids song is part of Madagascar’s soundtrack, which makes it even better.

And it has will.i.am, which means it has serious hip hop elements.

“Dancing In The Dark” was released for the animated movie Home.

The song is uplifting and memorable, and your kids will surely love it.

I wanna dance in the dark

We gonna light up the night

Of course, this list wouldn’t be complete without Will Smith.

It’s oldie but goldie, and all of the kids (as well as some older kids – their parents) will start dancing to it.

Originally recorded by the legendary Black Eyed Peas, “Let’s Get It Started” is one of the biggest party hits.

And when KIDZ BOP Kids released a cover version, all of their fans got a new favorite.

This is a perfectly clean hip hop song for everyone to enjoy.

And “Jump” by Kris Kross is a true hip hop classic.

Kris Kross was an American hip hop duo that consisted of Chris “Mac Daddy” Kelly and Chris “Daddy Mac” Smith, who formed the group when they were kids.

They were, in fact, the youngest hip-hop duo to gain success.

And “Jump” is their biggest hit and signature song.

However, the lyrics weren’t written for kids – but they do revolve around dancing.

You should also add “Watch Me (Whip/Nae Nae)” to your clean rap songs playlist.

This was a viral hit and a popular dance routine.

So if your kids aren’t familiar with Whip/Nae Nae choreography, you have a job to do.

This is another popular clean song.

“Roar” is featured in Monsters University, so if your kid likes Monsters movies, even better.

This is a proper dance song for kids.

“Uptown Funk” by Bruno Mars is one of the most popular dance hits.

And KIDZ BOP Kids turned it into a kid-friendly hip hop tune.

Of course, as always, they kept all the cool grooves and beats – when you hear it, it’s still “Uptown Funk.”

Gnarls Barkley’s “Crazy” is a true gem of this list.

And it could be described as a clean hip hop song.

That being said, it’s time you introduce your kids to this iconic song.

And this is definitely a song the whole family can enjoy.

The song is incredibly catchy and memorable, and that famous ‘shake it’ part will get your kids dancing around the living room.

“It’s The Hard Knock Life” is without a doubt one of the best clean rap songs out there.

All right, maybe it’s not really a rap song – but it’s a kid’s version of a good rap song.

And it’s a sweet, fun tune that’s easy to memorize.

27. “Hair Up” by Justin Timberlake, Gwen Stefani and Ron Funches

It doesn’t get better than this, especially if your kids love Trolls.

“Hair Up” is a clean hip hop song appropriate for kids of all ages.

28. “Walk The Dinosaur” by Queen Latifah

If you add “Walk The Dinosaur” from Ice Age to your kid’s playlist, you have to get ready for some serious jumping and dancing.

The only problem with this song is that it gets stuck in your head.

Tydus is a kid rap superstar.

He went viral after he made a video of “Mini Jake Paul,” a version of one of YouTube’s celebrities.

And his song “Hit That Combo” is an essential track on every rap music for kids playlist.

If you’re making a playlist for your little girl’s birthday or slumber party, this one’s for you.

“Pretty Girl Rock” is generally a great song – it’s uplifting and timeless, and it sends an important message.

31. “I Gotta Feeling” by The Black Eyed Peas

They have plenty of appropriate songs, and “I Gotta Feeling” is a great example.

It’s an ultimate party hit for all ages.

“Stereo Hearts” was released in 2011, and it still sounds fresh.

The lyrics talk about love, but they are rather sweet – the guy is comparing his beating heart to a stereo.

Nicki Minaj is one of the most popular female rappers in the music industry.

And her clean version “Starships” would make a nice addition to your playlist.

It’s cool, danceable, and kid-friendly (this version at least.)

The song was released on A Tribe Called Quest debut album in 1990, and it’s considered to be the group’s signature song.

It contains samples of “Walk on the Wild Side” by Lou Reed.

And it still sounds amazing.

It’s sweet and catchy, and it doesn’t contain harsh language.

And it has ‘magic’ in the title – when it comes to clean hip hop music, what more could you ask for?

The lyrics are not harsh or violent, but some words get bleeped out.

There’s also a KIDZ BOP Kids cover if you want a cleaner version of the song.

Kanye West is not known for making kid-friendly rap music.

If you want to show your kids different hip hop and rap songs, “Love Lockdown” could be a good place to start.

38. “Opposite Of Adults” by Chiddy Bang

First of all, this song has a great title.

Secondly, it’s a nice clean rap song everyone can listen to.

Plus, the song’s lyrics are relatable to all generations – everyone knows how it feels to be a kid.

39. “The Schuyler Sisters” from Hamilton

And this song is a great way to introduce your kids to musicals.

“The Schuyler Sisters” is a song from Hamilton, but it’s catchy and very easy to listen to.

The song tackles the topic of the American revolution – so it’s a history lesson too.

Lady Gaga’s “Just Dance” is one of the best dance pop songs of all time.

The song also has hip hop elements (featuring Colby O’ Donis), so it fits this list – and it’s a perfect ending to it.

And the message of the song is pretty straightforward – just dance, it’s gonna be okay!

And that’s a wrap!

We hope we gave you some great ideas for your kids’ playlist.

All of the songs we mentioned today are clean rap songs that both you and your kids can enjoy.

50 Best One-Hit Wonders of All Time