35 Best Dance Songs of All Time 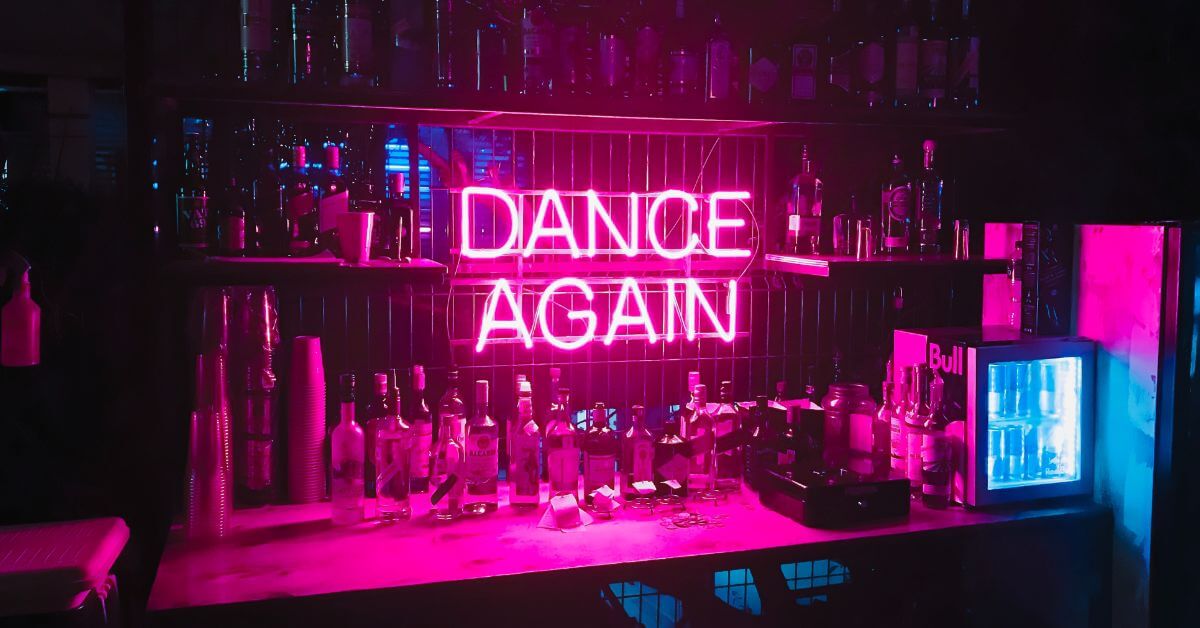 So, you have the drinks.

And the room lights dimmed.

But do you have a great playlist to put you in the partying mood?

When people talk about the best dance songs of all time, they mean those catchy, danceable tunes that get everyone moving.

Creating such a playlist isn’t easy.

But in the spirit of partying and good music, we’ll make your work easier with our list of the 35 best dance songs of all time.

You already know a Michael Jackson classic will appear somewhere along the way.

Get ready for some one-hit wonders to give you the pulsating energy you need for your upcoming party.

What a hit by the King of Pop!

And even the most serious guy in the building would find it hard not to groove to Michael Jackson’s masterpiece.

That’s how you know it is one of the greatest dancing songs ever.

2. “Groove Is In The Heart” by Deee-Lite

When the groove is in the heart, you want to escape your boring routine and step onto the dance floor.

And it gets even better when the song’s infectious lyrics are about appreciating life.

Some call it a one-hit-wonder.

But in reality, Deee-Lite’s classic hit can still set any dance floor ablaze.

The vogue dance was inspired by Madonna’s pop song of the same name.

And it’s all about having a good time on the dance floor, irrespective of your background.

Decades later, the legendary hit still gets everyone on the dance floor.

Donna Summer is well known for her enviable music career.

And her 1977 disco song is what many would call the ultimate dance song.

She feels love in a way not even words can describe it.

Daft Punk’s feel-good song is about those good times when you can’t stop dancing.

The suggestion is that these guys have been dancing for quite some time.

But they want to do it one more time because the music is great.

Isn’t that how an excellent dance song should make you feel?

Chic’s party song will get you on the dance floor, no matter your mood.

It is a classic hit with euphoric lyrics to stick in your head.

And Nile Rodgers’ bass line is the icing on the cake.

7. “Let The Music Play” by Shannon

Romance on the dance floor has been a persistent theme in dance-pop music for as long as we can remember.

And a few songs capture such emotions like Shannon’s “Let The Music Play.”

The track’s release marked a significant era in music history, combining the features of traditional Latino disco with hip-hop and R&B elements.

The song is about dancing alone because you don’t have a romantic interest.

The narrator’s heartache only worsens when watching her ex-lover dancing with another lady.

But even in her desperation, she still has a great tune to groove to.

Perhaps she’s learned to live with her troubles.

With its catchy melody and seductive lyrics, ABBA’s dance song perfectly brings out the dreamy feeling of love on the dance floor.

It’s a memorable moment, with everybody immersed in the soothing music.

The song has traversed generations with lines as catchy as this;

It would be unfair to compile a list of the best club songs of all time without mentioning a particular American singer who revolutionized dance-pop music.

Lady Gaga brought something different to the dance music scene.

And “Just Dance” captures those emotions of letting loose on the dance floor and having a good time.

Few songs bring out the party mood quite like Michael Jackson’s “Beat It.”

The memorable opening synth is enough to take your troubles away, begging you to give it a listen to the end.

And by the time the guitar riff comes on, you won’t need any convincing that this track is a must-have in your dance playlist.

Hank Ballard and the Midnighters capitalized on the twist dance craze of the 50s to produce one of the greatest dance songs of all time.

And Chubby Checker popularized it with his 1960 cover version.

The feel-good song will remind you of the summertime when nothing makes more sense than jumping on the dance floor.

The song topped the US Billboard Hot 100 chart, staying there for a whole week.

Shall we twist one more time to keep the dance craze alive?

13. “Pump Up The Jam” by Technotronic

This one is sure to trigger dopamine in your brain anytime.

Maybe they shouldn’t have used the word “booty” throughout the song.

But the catchy vocals are enough to set the dance floor ablaze.

14. “Don’t Stop ‘Till You Get Enough” by Michael Jackson

It’s hard to listen to MJ’s songs without feeling a little funky.

And here’s an iconic disco hit that has become one of the best-ever dance songs.

It topped the US chart, peaking at #3 in the UK charts and earning MJ a breakthrough as a solo artist.

“Get Down Tonight” helped define the disco music genre.

According to KC, the song is about having a good time.

The setting is a club, with people having a little dance, making love, and “getting down tonight.”

This could be the icing on the cake when creating those romantic moments with your loved one.

One of the best-ever dance songs is about broken love.

The relationship has run its course, but the lady in the song is determined to salvage it.

The song became a world-famous hit and was certified Platinum in Sweden and Norway.

And the narration is based on a story of a New York serial killer.

“Maniac” peaked at #1 on the US Billboard Hot 100, staying there for two weeks.

How will you create the ultimate dance playlist without a Shakira masterpiece?

And that’s how Shakira knows if her new song is great.

The music video shows a dancing woman expressing her seductive powers through the music.

Funny lyrics aren’t necessarily the first thing that comes to mind when thinking about the best dance songs.

But Sir-Mix-A-Lot’s super sexual love letter is there to put you in the party mood when you need it.

It is also comical enough to crack you up.

“Party In The U.S.A.” is a sentimental song recalling Miley Cyrus’ upbringing in Tennessee.

Before migrating to Los Angeles to pursue her music career, Miley had been a Nashvillian resident her entire life.

And she sings about her struggles adjusting to LA life.

When Miley gets into a club, and the Dj plays her favorite tune, she’s relaxed and knows everything will be okay.

The song has catchy lyrics that will stick in your head.

Another one from the Queen of the dance floor.

We could have a long list of the best dancing songs ever from the versatile American singer-songwriter.

And in her 2005 award-winning pop song, Madonna talks about unrequited love and how impatient she’s growing with every passing day.

Musically, the song is a pulsating groove to bring the funky feeling when you need it the most.

22. “I Wanna Dance With Somebody” by Whitney Houston

You will wish to find a romantic partner when your singlehood keeps haunting you on the dance floor.

That inspired Whitney Houston’s lyrics in her iconic 1987 dance-pop song.

Lyrically, it is a love letter imploring anyone to get on the dance floor.

Just be sure to find a romantic dance partner.

“Le Freak” is a dance floor anthem with a rather humiliating story behind it.

Apparently, the iconic music duo of Nile Rogers and Bernard Edwards had the door slammed in their faces when visiting a nightclub in the 70s.

Today, the song has gone down in history as one of the best dancing songs ever.

Kool & The Gang have evolved their musical styles from blues to jazz, soul, funk, and disco.

And this fan favorite from the 80s proves the band’s versatility in the music scene.

Bell recalls that the biblical story of creation inspired the lyrics.

The upbeat song suits every occasion because everybody deserves a good celebration.

M.C. Hammer’s “U Can’t Touch This” is a Grammy-winning hit about the singer’s dancing skills.

It is a funky tune to have you jazzed up for the occasion.

Give it a listen if you know the lyrics and have a killer move to match them.

And it has become an official anthem for single ladies.

Some people dance their troubles away.

But has anyone ever jumped on the dance floor as a way to deal with the haters?

And we hope it works.

In “Wannabe,” the narrator describes the qualities she needs from a potential lover.

He must ignore her past, get along with her friends, and show effort in the relationship.

Prepare to be a little funky when listening to this one.

Going through a tough breakup?

Start jamming to this timeless classic.

Dua Lipa addresses an ex-lover in her popular dance song about moving on.

The nostalgic hit evokes emotions and will make you want to recreate your life.

While it can set the dance floor on fire, Lipa’s song also contains a powerful message for anyone who wants to move on.

Their funny name will crack you up.

But their underrated club banger is one of the best party songs about actual partying.

This is where the iconic “every day, I’m shufflin’” line originates.

The best funk song of all time?

It’s impossible to listen to PSY’s song without questioning its meaning.

But for a song that has garnered over 4 billion YouTube views, there can’t be a better way to get into the party mood than listening to the thumping beat.

You don’t have to understand the lyrics.

Just master the “Eh, sexy lady” refrain and put on your dancing shoes.

How many times can you listen to a song before getting bored?

This hit by Mark Ronson and Bruno Mars never gets boring.

The funky groove is just what you need to get on your feet.

Some party songs are relaxed.

A few are wild.

Others make the occasion special.

But the very best of them all connect to the listener.

Thus, it’s ridiculous to listen to someone imploring you to get on the dance floor without actually taking action.

That’s the narrator’s only request in the psychedelic funk song.

So, let’s dance to the music.

As long as you are in a good mood, you will need danceable tunes to maintain the energy.

And nothing captures the party mood quite like Evelyn Thomas’ disco tune.

If the summer of 2012 wasn’t already special, Carly Rae Jepsen made it even more memorable with her flirtatious song for new lovers.

The 2012 best-selling single is about love at first sight.

The lyrics are great to sing along to, but the instrumental version is even better to jam to.

This is the right song to have on your playlist if you recall those delicate encounters with a particular crush.

There’s a refreshing feeling in grooving to your favorite tune.

And there are a few better experiences than losing yourself to good music.

It doesn’t matter if you have the worst dance moves in the room.

Letting go and having a good time with your friends can be therapeutic.

Of course, any dance party requires some good music.

And the above songs will have you sway in your seat no matter how calm you want to appear.

We can’t guarantee that your next party will be great.

But we can assure you that it will be livelier with the 35 best dance songs on this list.

Just make sure to have some killer moves to match every tune.

20 Best Songs About Ice Cream of All Time