25 Best Songs About Stars of All Time 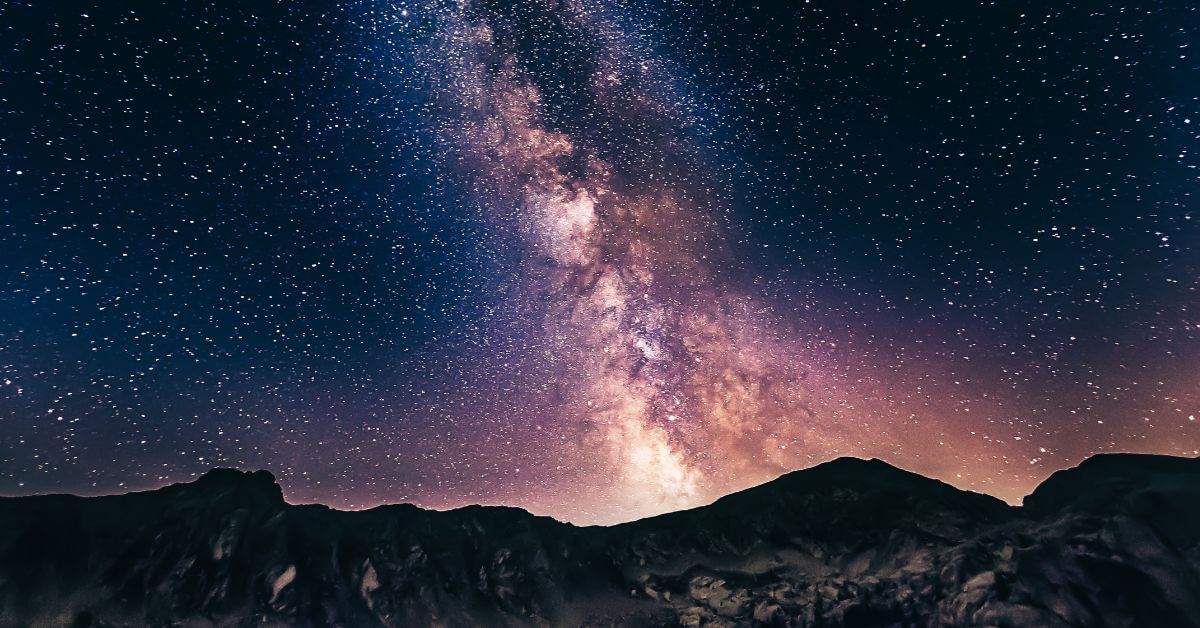 Stars are a beacon of hope.

The shining light that guides our paths.

And for many years, human beings have been fascinated by the appearance of the beautiful stars in the sky.

Turns out many artists aren’t left behind in the wholesome admiration for God’s beautiful creation.

If the thought of stars, asteroids, planets, and the moon intrigues you, you will love our playlist.

From Coldplay singing about a sky full of stars to OneRepublic longing for a better life, we’ve searched the internet to compile a list of the 25 best songs about stars.

Of course, the list of star songs is almost endless.

But these 25 great hits will help you celebrate your love for stars in the most special way.

So, let’s dive right in.

This song is about recognizing and appreciating the shining stars in your life.

For Coldplay, that’s a romantic partner.

But for you, the shining star in your life could be a brother, a sister, or a dear friend.

The world is full of angels.

And there’s nothing wrong with appreciating those who deserve the title.

Are you the lucky star in someone’s life?

Madonna wrote a beautiful song for a special guy who completes her life.

And she calls him the lucky star that shines bright in all circumstances.

The star song lyrics were inspired by a popular lullaby, “Starlight, shining star, first star I see at night.”

The song wasn’t an instant success.

But the re-release was a major hit and put Madonna on the global map.

“All Of The Stars” is one of the most romantic songs with star in the title by the talented West Yorkshire singer.

The narration is based on “The Fault in Our Stars” movie.

Ed Sheeran tells the tale of two teenagers connected by love and their battle with cancer.

And it’s quite interesting how the song is sad, euphoric, and uplifting at the same time.

OneRepublic’s song suggests a longing for a better life.

The journey to success is painful.

And sometimes, the path to achieving your dreams is so complex you can only think of giving up.

The lyrics are just about counting your stars and hoping for a better life.

And the song can be used to describe any theme involving disappointment, addiction, and failure.

5. “All The Stars” by Kendrick Lamar

Love and life are the dominant themes in Kendrick Lamar’s contemporary R&B song.

It also explores the concept of fame and how to isolate real friends from fake ones.

The beautiful song featured in the Black Panther movie.

Kendrick and SZA’s song was nominated for the Grammys in the Best Rap/Sung Performance and Song of the Year categories.

Moby’s hopeful song asserts that we are all made of stardust.

It is a unifying song inspired by the September 2001 attacks in New York City.

The song’s message is how we should see our world and fellow humans.

You can interpret Bob Dylan’s song in many ways.

But the most obvious meaning is a lost love.

It could be Dylan’s relationship with the woman he loves or with God.

Either way, the inspiring lyrics are all you need to recreate your life.

8. “There’s A Star For Everyone” by Aretha Franklin

The narrator feels lost, desperate, and heartbroken after losing his lover.

His heart can only handle so much.

And he hopes the lady can change her mind.

But he knows someday he will win.

Because “there’s a star for everyone who’s lost.”

9. “The Prettiest Star” by David Bowie

The “Space Oddity” singer confesses his love for a certain girl.

It is inspiring and heartbreaking and could be the one to complete your romantic playlist.

10. “Another Star” by Stevie Wonder

Getting over a heartbreak can be difficult.

And it seems not even the legendary American singer was spared the pain in his 1976 Latin disco song.

Stevie Wonder mourns his lost love and isn’t getting over it anytime soon.

It is a gorgeous song that evokes emotions.

And when the narration ends, you realize that love and heartbreak can make even the most established artists shed a tear.

11. “Shining Star” by The Manhattans

“Oohh yeah/Honey you are my shining star/Don’t you go away.”

The Manhattans’ “Shining Star” is a love confession.

The narrator has found the one and never wants to let go.

His new lover is his strength and hope and the shining star in his life.

And he will be a broken man if she ever leaves him.

12. “Someone Else’s Star” by Bryan White

The American country singer hopes to get something he’s wished for his entire life.

And that’s someone to love.

His solitude makes him sad.

And that’s because his life is incomplete.

But he knows his time will come to become someone else’s shining star.

13. “City Of Stars” by Ryan Gosling and Emma Stone

This is a beautiful duet about longing.

The Oscar-winning song features in the “La La Land (2016)” film and follows the lives of two lovebirds.

It is packed with optimistic, sweet, and sad emotions.

“Starlight” is like one of those love songs people write when they miss their loved ones.

It could be a friend, a lover, or a family member.

The song was inspired by the band’s experiences on the road.

The starlight became their only hope in their sorrow and loneliness, guiding them when all looked lost.

It’s a simple, honest confession and just what you need to light up your lonely days.

Songs with stars in the lyrics don’t get more romantic than Dolly Parton’s hit.

It is the singer’s sweet love confession to her husband, Carl Dean.

“From here to the moon and back/Who else in this world will love you like that? /Love everlasting, I promise you that.”

The two lovebirds in James Arthur’s song would love to be together.

However, many obstacles stand between them.

And they can’t stop wondering if they can rewrite the stars.

Talk of a courtship gone wrong.

The inspiring song is about getting your strength from the heavens and living an exemplary life.

Elton John sings about his loneliness and isolation from his family, friends, and the real world.

It is the life of a rock star, always on the road, far away from their loved ones.

As the singer compares an astronaut’s life to an everyday worker, you start to think about all the problems in a typical employee’s life.

The loneliness, the monotony, the drudgery, and the boredom.

It’s all in the lyrics.

Tracy Byrd’s tender ballad is a romantic tune about finding the one.

The man in the song has finally found his soulmate.

He reckons this is no coincidence.

And as a believer in supreme beings, he thinks this might have been his destiny all along.

Now that he’s found true love, this is the time to thank the keeper of stars.

James Arthur can’t help falling in love when he finally finds the right one.

And how everything transpired inspired him to write this song.

The song title is an analogy referencing how his love life changed quickly, from finding the one to falling in love.

As their love blossoms, James is getting more and more attracted to his better half.

At some point, he fantasizes about their future, with four beautiful kids and everlasting love.

Bet you knew Frank Sinatra’s classic song would appear in this list.

The song’s lyrics are based on the theme of love.

And the narrator uses the song’s title metaphorically to express his true feelings for the special someone.

His lover makes his life better, and there’s nowhere else he’d rather be than in her company.

Frank Sinatra sings about flying to the moon and playing among the stars.

All with his beautiful darling.

You only need to hang in there and hope for the best when things get tough.

It’s about persevering even when you aren’t sure about tomorrow.

As you listen to the lyrics, you start to think about how loneliness, apathy, and despair cripple many people’s lives.

But the lyrics also have an inspiring message to keep going.

Many have associated the star song with Kurt Cobain’s death and how Dave suffered.

But we will let you decide if the song about stars fits the narrative.

“Swinging On A Star” was based on a conversation between Bing Crosby and his children.

When one of the kids refuses to go to school, Bing expresses the possible consequences.

And one of them is that he might become a mule.

He explains that a mule is “an animal with long funny ears and kicks up at anything he hears.”

I promise you we are not making this up.

Many people don’t want to talk about their first sexual encounters because it is embarrassing.

And The Cure wrote this song about the same theme.

Of course, it was disappointing.

And he might have preferred the fantasy more to the actual sex.

The brushing of Jupiter by the comet in 1994 inspired the song title.

The last song on our list is Taylor Swift’s 15th track from her Red album.

Swift narrates about the romantic escapades of teenage Ethel and Bobby Kennedy.

Taylor has always stated that most of her songs are inspired by 1960s music.

At least she’s not talking about an ex-lover and how badly he treated her.

Isn’t it lovely how looking at the stars at night can be so therapeutic?

When people think about the sky, they visualize the sparkling and shimmering stars.

For some, the endless twinkling is all they need to appreciate the beauty of the universe.

Songs about stars express different emotions, from hope to loneliness, longing, and love.

Celebrate your admiration for our planet with our 25 best songs about being a star.

45 Best Line Dance Songs to Get Everyone Up & Dancing