20 Best Songs About Ice Cream of All Time 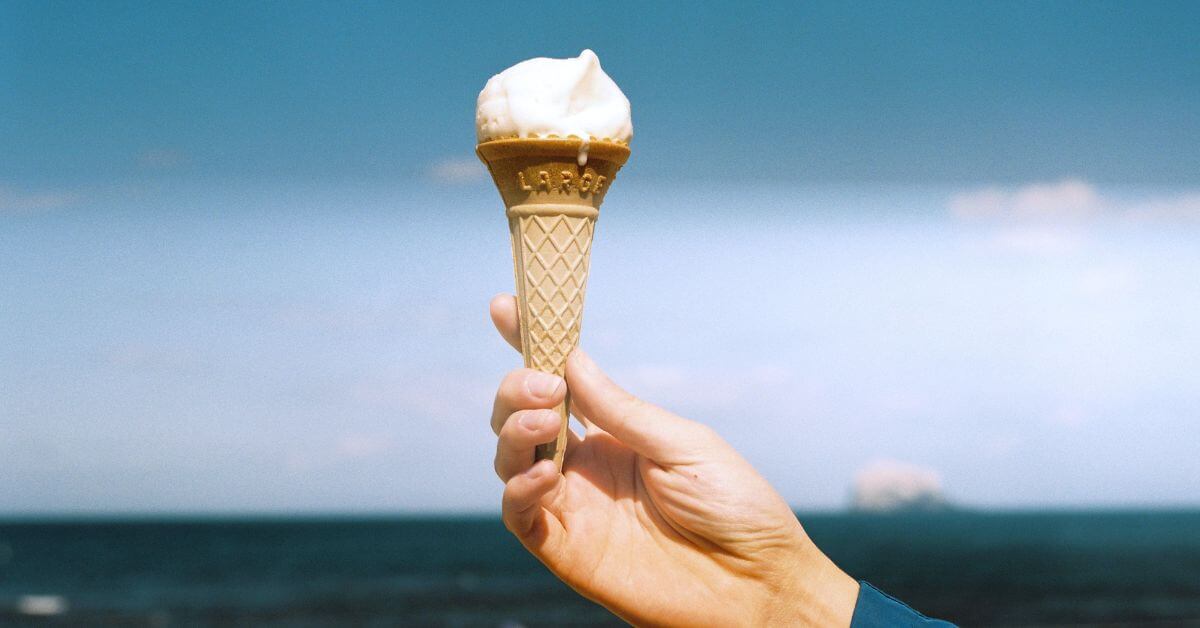 It can be refreshing on a sunny day.

From the vanilla flavor to chocolate, we all have a special fondness for this delicious snack.

But did you know there are great songs about ice cream from just about every music genre?

Ice cream isn’t the first thing that comes to mind when creating a new playlist.

So, here are the 20 songs about this favorite snack to complete your playlist for a hot summer day in the pool.

Let’s start with a contemporary song about ice cream.

The lyrics describe a flirtatious BLACKPINK comparing themselves to the delicious treat.

The one that every man wants.

If you need an ice cream song with raunchy lyrics, Van Halen’s track is the one.

Initially, the lyrics appear innocent, but the mention of different ice cream flavors gives them a completely different meaning.

Van Halen’s classic is about this one man with quite some libido.

He boasts about his sexual prowess while concealing the message in clever metaphors.

Only a cone of sweet vanilla would take away Nicki Minaj’s troubles.

We aren’t sure which kind of snack Nicki is talking about here, and that’s why the explicit lyrics may not suit all listeners.

But if you are one of the rapper’s biggest fans, you will love the brilliant hit.

Just as the singer puts it.

This is the one to sing to the ice cream girl in your life.

One of the best ice cream theme songs doesn’t even mention the snack itself.

But you can’t listen to it without thinking about your favorite treat.

It is a song for those cheery summer days spent with loved ones.

And we could sing along to it all day.

Mika sings about his craving for a different kind of ice cream.

The setting is on a hot summer day, and a genuine desire for the frozen treat is there for everyone to see.

But the sexual connotation is impossible to ignore.

If you aren’t brave enough to say it when you want it, follow Mika’s lead.

Has someone ever told you that your love is better than a favorite snack?

Sarah McLachlan compares the feelings of her romantic interest to a beloved treat.

The lyrics are deceptively simple as the singer breaks down the concept of new love.

And we can’t think of a more befitting ice cream song to dedicate to your lover.

But their 2009 electronic track is one of the best songs about ice cream.

The seductive lyrics come straight from the singer’s heart as she tries to win a romantic interest over.

We bet you haven’t heard about the London-based band.

But this could easily become your favorite ice cream song.

Jefferson Airplane’s delightful 1967 song is funkier than many songs on this list.

It will lighten your mood and make you want to grab your favorite snack immediately.

But the word ice cream only ends at the title.

And as the narration continues, you will realize that it’s a love story with sad lines like this one;

“Tell me why, if you think you know why/People love when there’s no tomorrow.”

Start with Blur’s hit from their 2015 Magic Whip album if you need a jolly song with a dark subject.

The track is about the 1982 Tiananmen Square massacre.

And the lyrics take the listeners away from the happy mood that’s often associated with ice cream theme songs.

Give it a listen to understand Blur’s genuine feelings about the unfortunate incident.

In “Ice Cream Party,” Isaac Brock implores his buddies to join him for a party.

It looks like they are having a lifetime moment.

And the high-pitched vocals create a beautiful and tranquil yet dreamy atmosphere.

Songs about ice cream are simple and fun to sing along to.

And that makes them a popular choice for chilled moments with your friends.

Despite the negative reactions, the song enjoyed moderate success in many countries.

Raise your hand if ice cream is your favorite snack.

Of course, nobody can resist the delicacy of the popular treat.

Just like the young rapper couldn’t resist the urge to write a song about the sweet snack.

It is one of the best ice cream raps on this list.

The sweet life described in this song is what many people dream of.

And that’s what makes it one of the best songs about ice cream.

“I lay my head on her bosom/To cry myself to sleep/I see no greater wisdom/Than she has given me.”

Tom Waits doesn’t hide his feelings in this song.

And the lyrics don’t hide the fact this ice cream song is about sex.

When you match Waits’ raspy vocals with the explicit lyrics, you will want to include the song in any list of ice cream songs.

The man in the song has his eyes firmly set on this one special girl.

And he fantasizes about having her in bed even for a minute.

With lines like, “A big stick, momma, that will blow your mind,” you won’t find an ice cream song with creepier lyrics.

Jonathan Richman always stands out with his childlike outlook and jolly acoustic tunes.

And in this joyful track about an ice cream man, he doesn’t want the listeners to struggle with the song’s meaning.

He sings about an actual ice cream man and conveys the message from the perspective of an innocent child.

It would be amazing to play this one with the kids during one of those joyful rides on a sunny day.

Some recall him from “Eat It,” others know him as the master of parodies.

And for his die-hard fans, Weird Al Yankovic embodies what good music should be about.

In his ice cream song, he sings about a man obsessed with two things.

A rocky road and ice cream.

What a weird combination!

But the man won’t care as long as he satisfies his desires.

This is not the last time an artist compares a delicious treat to love.

In “Ice Cream Cakes,” not even the sweet lollipops or the cream cakes can match the woman’s affection.

It’s another way to say your woman’s special.

19. “Banana Split For My Baby” by Louis Prima

“Banana Split For My Baby” is another great ice cream song about sex.

Louis Prima was known for his active sex life, and this is just one of the few ice cream songs with an unexpected plot twist.

The soothing voice in Glasvegas’ 2008 song completes our list of the best songs with ice cream in the lyrics.

It is a melodic song with uplifting lyrics about hoping for better days.

Give it a listen to experience the best of the Scottish indie rock band.

There’s no better way to enjoy the scorching sun when it’s summertime than with the perfect ice cream songs that capture the moment.

Songs about ice cream have been there for decades, from timeless classics to one-hit wonders.

And the choice of ice cream music depends on your mood and company.

The 20 ice cream songs on our list are seductive tracks to give you a memorable experience.

And we hope you will enjoy them on a hot summer vacation with your creamy, frozen treat, and maybe, your soulmate.

35 Best Dance Songs of All Time