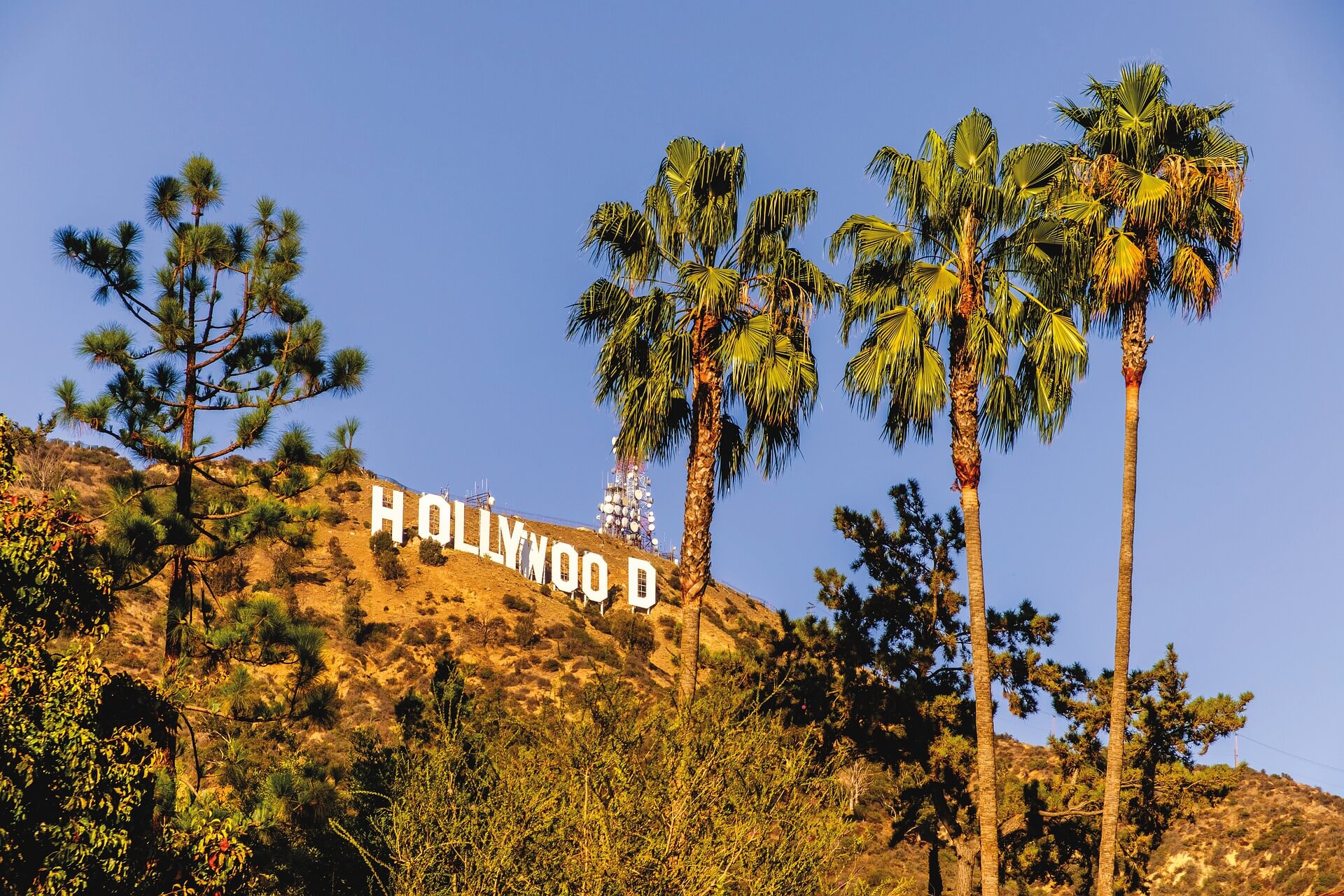 Are you planning a trip to California?

Or are you searching for a perfect California beach song?

Either way, there must be something special about the Golden State since there are so many songs that mention California.

To help you in your search, we’ve picked the 30 best songs about California.

We’ve included artists of all kinds of genres and musical eras, from Tony Bennett to St. Vincent.

And if you’ve never visited California, these songs will take you there!

We want to start with one of the most iconic California songs of all time.

It’s a song about longing to be somewhere else. So it comes as no surprise that John and Michelle Phillis wrote it during a cold New York City winter.

In other words, “California Dreamin'” makes you crave sun, freedom, and eternal summer.

But it’s also one of those Malibu songs that will make you go to the beach right away.

Essentially, writing this song was Miley’s way of expressing love to her then-fiancé, Liam Hemsworth, as well as to her oceanside home.

“I never came to the beach or stood by the ocean
I never sat by the shore under the sun with my feet in the sand
But you brought me here and I’m happy that you did. “

And when it comes to songs with California in the title, we can’t skip “California Stars” by Wilco.

It’s also one of Wilco’s best songs, in our opinion.

However, the song was originally written by American folk singer Woody Guthrie but he never got to record it.

Either way, “California Stars” is a perfect blend of folk, Americana, and sweet nostalgia.

Without a doubt, “California Love” is one of the most popular songs about California.

The song became one of the iconic Cali songs that celebrate hip-hop lifestyle.

And the very first line will immediately take you to the west coast.

5. Scott McKenzie – “San Francisco (Be Sure to Wear Flowers In Your Hair)”

Scott McKenzie is another artist known for one of the classic California songs.

Interestingly, this 1967 hit was composed by John Phillips of the Mamas & the Papas.

The song is also known as the unofficial anthem of the counterculture movement of the 1960s.

“We’ve been on the run
Driving in the sun
Looking out for number one
California here we come
Right back where we started from.”

This is also one of the popular California themed songs.

As all the members of Phantom Planet are from California, it’s clearly a tribute to the Golden State.

They dedicated numerous songs to their home state, including “Under the Bridge”, “Dani California”, “Around the World”, and, of course, “Californication.”

“Destruction leads to a very rough road but it also breeds creation
And earthquakes are to a girl’s guitar, they’re just another good vibration
And tidal waves couldn’t save the world from Californication.”

An American musician Annie Clark, known as St. Vincent, is well aware of the dark side of California.

Her song “Los Ageless” is a satirical representation of L.A.’s superficial lifestyle and obsession with beauty and eternal youth.

“In Los Ageless, the waves they never break
They build and build until you don’t have no escape.”

The Doors were residents of California too.

And in their legendary song “L.A. Woman”, they managed to capture the essence of Californian free spirit.

It’s a perfect freeway soundtrack and a must-have song for your California songs playlist.

Besides Red Hot Chili Peppers and The Doors, Eagles are also an integral part of Californian music history.

Their timeless hit “Hotel California” is undeniably one of the most famous songs about California.

It’s an interpretation of the high life in Los Angeles.

Lana Del Rey’s music can be described as a mix of dream pop and 50’s Americana. So, it’s only logical that she wrote many song lyrics about California.

And her song “California” is just one of the examples.

Like most of her music, “California” is dreamy, nostalgic, and captivating.

“California Soul” by Marlena Shaw is one of the classic songs about California.

“They say the sun comes up every morning
And if you listen oh so carefully
The winds that ride on the high tide
Whistles a melody.”

“No more Boston, no more Nashville, no more Oakland
Oh baby come on out to the sea
Come on take a walk down Sunset with me.”

Countless musicians seem to be inspired by the City of Angels.

So, if that’s what you’re attracted to, it’s a dreamland. Counting Crows seemingly think so.

If you’re searching for California beach songs, you should listen to this 1972 tune.

“Sunshine” will motivate you to drive to the coast and take it easy.

After all, easy living is one of the things that California is often associated with. Well, at least in music about California.

“Forget all your little problems
Forget the boy you left at the bar
I got a stash been savin’ for months now
California’s not very far.”

Led Zeppelin undoubtedly wrote one of the best songs about going to California.

While listening to “Going to California”, we can easily imagine ourselves driving by the fields, lakes, and canyons…

Their music can really transport you to a different state of mind. “Going to California” is just one of the examples.

“Standin’ on a hill in the mountain of dreams
Tellin’ myself it’s not as hard, hard, hard as it seems.”

There are a bunch of Beach Boys songs that could go on the list of top California songs.

And we decided to pick the most obvious one: “California Girls.”

But there’s something very summery and calming about this song. It’s an ideal tune for chilling under a palm tree.

Whatever your opinion about Beverly Hills might be, it’s an iconic part of California.

And Weezer’s 2005 track is an ode to its glamour and countless swimming pools. Of course, they did it in their style.

It’s the summer of 2004… Sunset in Venice Beach… And Lenny Kravitz rocking on the stage. That’s how this tune feels like.

It’s one of those songs about moving to California and getting to know all of its charms.

“I miss the Apple and my schoolyard boys
Nothing ever will compare
But now I skateboard with my surfer girl
And we really are a pair.”

Another song perfect for strolling around Venice Beach is “California Gurls.”

Katy Perry released this summer hit in 2010. But it seems like it was yesterday.

“You could travel the world
But nothing comes close
To the golden coast.”

Another unforgettable California pop song is “Hollywood” by Madonna.

When Madonna sings about fame, she knows what she’s talking about. And in “Hollywood”, she expresses her opinion that it can all be just an illusion.

Nonetheless, she managed to draw us into the Hollywood state of mind.

“Hollywood Tonight” was released on Michael Jackson’s posthumous album in 2011.

The song tells a story of a girl who wants to be a star.

“She dreams of fame
She changed her name
To one that fits the movie screen.”

In her song  “California”, Joni Mitchell sings about going back home to California.

She wrote the song while she was living in France.

Well, there is something very homesick in the song. It’s a genuine expression of longing for home and familiar places.

“But my heart cried out for you, California
Oh, California, I’m coming home.”

We have one more classic for you.

While listening to this dreamy tune, you can really feel that Tony Bennett left his heart in San Francisco.

The song was originally written in 1954, and it remains one of the California favorites. And, of course, Tony Bennett’s signature song.

“My love waits there in San Francisco
Above the blue and windy sea
When I come home to you, San Francisco
Your golden sun will shine for me.”

If you’re looking for California vibes songs to dance to, check out this gem.

And “Heavy, California” will definitely get you on your feet (especially if you watch the music video.)

26. Marina and the Diamonds – “Hollywood”

Marina Diamandis has a similar approach to Hollywood as Madonna.

She sees it as something appealing and glamorous, but at the same time, she’s aware of its traps. And she’s even more direct, at least if you look at the lyrics.

After all, Marina is known for tackling important issues through pop music. And she does it very well.

“Hollywood infected your brain,
You wanted kissing in the rain, oh oh.”

London Grammar released “Californian Soil” on the studio album of the same name.

It’s not one of the typical California vibe songs, but it’s very interesting and captivating.

“I left my soul
On Californian soil
And I left my pride
With that woman by my side.”

She released her version of a California pop song on her 2021 studio album “Solar Power.”

It was her way of talking about fame. Even though it’s nice and appealing, she rejected the Californian Dream after all.

“And I’d pay it all again
To have your golden body back in my bed
But I don’t miss the poison arrows
Aimed directly at my head.”

Jack Johnson’s music is a perfect soundtrack for exploring the central coast.

And his song “Big Sur” sounds like an ode to summer, sea, freedom, and the beauty of Big Sur.

“Behind the wheel against the road next to you
The central coast
The central thought within my mind
Is how to stay within these lines
But still be free.”

There’s no more appropriate song for the end of our playlist than “Hollywood Hills.”

It’s a song about leaving a place or a person behind. It’s about good memories and new beginnings.

“Bye bye, Hollywood Hills
I’m gonna miss you, where ever I go
I’m gonna come back to walk these streets again
Remember that we had fun together.“

We hope you enjoyed our little California playlist.

The artists we mentioned portray California in a different way. But most of them, even if they don’t romanticize it, have a strong connection to it.

And even if you’ve never been to California, you’re probably familiar with its areas and its endless laid-back vibes.

There are so many iconic spots in California; from Hollywood and Golden Gate’s Bridge to Big Sur and beautiful natural wonders.

California truly is a unique place to be. In a way, it’s not just a state. It’s a dream. And that’s what all of these songs about California show.

And it’s definitely a place you have to visit at least once in your life.

35 Best Songs About Animals & With Animals In the Title