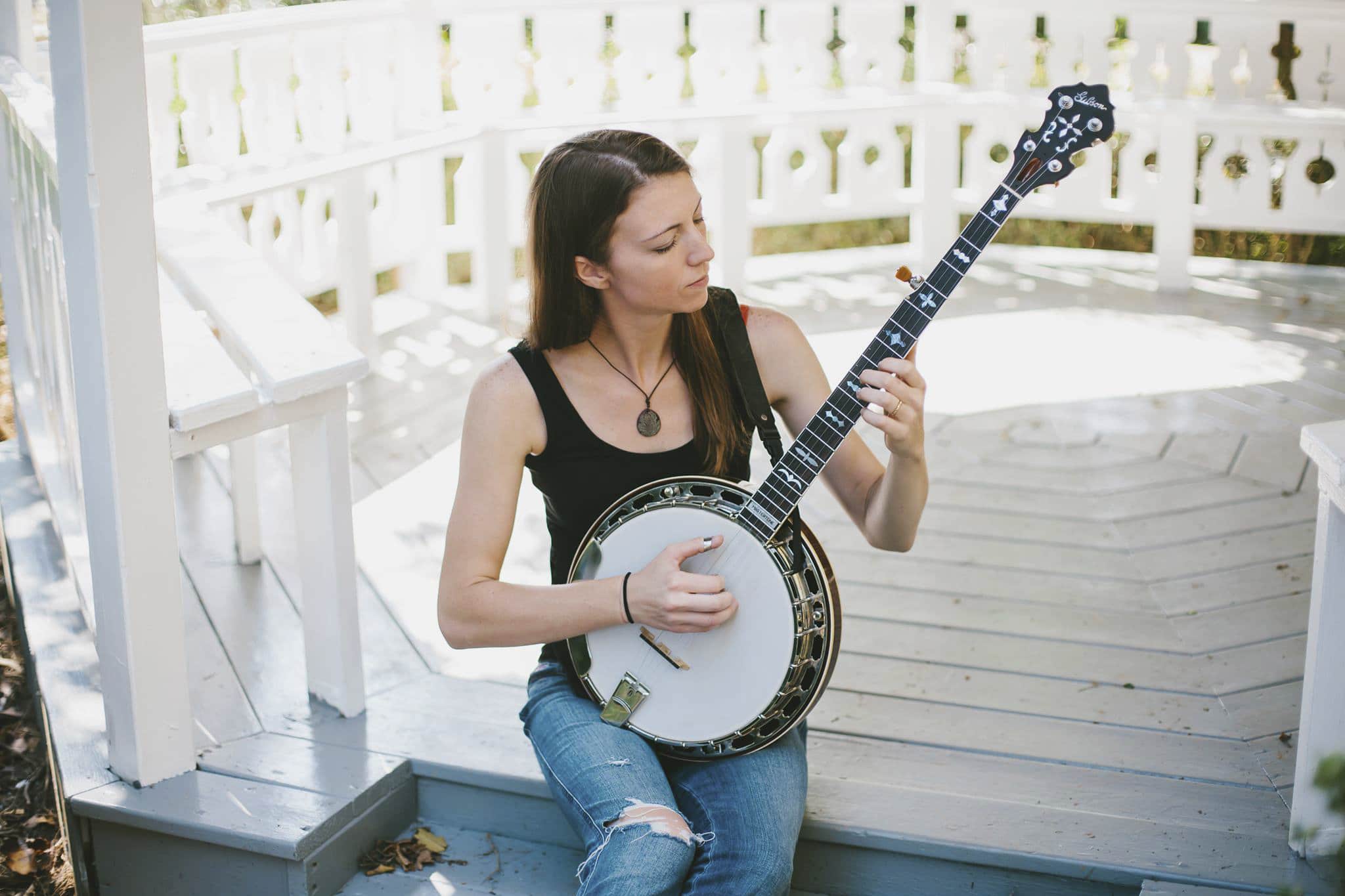 Have you finally decided to start playing the banjo?

It’s a very fun and versatile instrument to play. And with a variety of online banjo lessons, it’s becoming more and more popular.

Compared to other stringed instruments, the banjo is not very difficult to learn. But of course, it will take some time and practice to learn your favorite songs.

Although you probably want to jump to song tutorials right away, there is something you need to master first: basic banjo chords.

Improving your music skills in a step-by-step manner is essential, so let us introduce you to the most popular banjo chords!

If you’re a beginner, you’ve probably bought a five-string banjo. It’s the best option for newcomers.

Therefore, we will take you through the most popular 5 string banjo chords.

Before we start, a little reminder: a chord is a collection of three or more notes played at the same time.

Once you master basic chords, it will be much easier for you to learn any simple banjo song.

Although it might seem a bit confusing at first, especially if you’ve never played an instrument before, you’ll easily memorize these chords. And after a while, you’ll play them effortlessly.

The most popular banjo songs are in open G tuning. It’s the standard tuning for a 5 string banjo.

The order of the strings in G tuning is: g D G B d.

To make things clearer: in G tuning, the five open strings of the banjo are tuned to the notes of a G major chord.

In other words, the 5th string is tuned to a “G” note.

You’ll be able to hear that the first and the fourth strings are both tuned in “D” notes, but an octave apart. So, they basically sound the same, but they’re in a different pitch.

An octave is a point where that same note is repeated at a higher pitch.

Now, the pitches used for each string in G tuning go like this:

Or, as it would be shown on the diagram:

To know which chord to play, you’ll need to familiarize yourself with chord diagrams.

How to Read Banjo Chords

Banjo players use the same system as guitar players. But if you’re a first-time beginner, let us help you understand how the chord diagrams work.

Without knowing how to read banjo chords, it will take you much longer to learn any song.

First of all, you need to be aware that on a 5-string banjo, the fifth string (G) is the highest string, and D, G, B, and D ascend in pitch.

So, if your banjo is standing on the floor in the vertical position, you’ll be reading the strings from left to right (from fifth to first.)

And the chord diagram will show you where to put your fingers for different chords.

Most banjo diagrams don’t show the fifth string as you’ll rarely fret it, especially if you’re just starting out.

As you can see, the top horizontal line is the banjo nut. You can also think of it as the “0” fret. The second line is the first fret, and so on.

The black dots tell you behind what fret and on what strings you should fret.

An open white circle means you have to play the string and not fret it.

If you spot the X on the fingerboard, that string should be muted (simply not played.)

As we’ve already mentioned, G tuning is the standard tuning for a five-string banjo. But you’ll also come across different keys including A, B, C, D, E, F, and G.

If the song is in the key of C, the first chord is also a C chord. That said, the G is then four away, and the A chord is the last chord (because it’s five away from the C.)

To make it a bit more comprehensible, try to imagine the key of C like this: when you play the song in the key of C, it will always come back to the C chord.

So, the key could be seen as the chord around which the song is based.

Once you know how to read a banjo chord chart, you can start memorizing basic 5-string banjo chords.

The G Chord is arguably the easiest chord to learn. There are no strings to fret. So if you just strum, you’ll play a G chord (because that’s how it’s tuned.) Easy, right?

The C Chord requires a little more action but it’s still quite easy.

The E-minor Chord is similar to the C chord. You have to do the C chord and press your pointer finger from the second string at the first fret.

Once you learn these five chords, you’ll be able to learn simple songs.

There are many different chords you can learn once you master the most common ones. You can also find numerous printable charts to help you out.

How to Play Banjo Chords

Each chord requires different a finger on a different string, as we’ve explained previously.

The best way to play and practice banjo chords is by strumming or performing a basic finger-picking pattern. That way, you can learn how to use your hands independently.

Making your hands operate independently might be a bit challenging at the beginning. But chords are actually a perfect practice to get used to it.

While you’re playing chords, you’ll mostly have to think about the hand that’s pressing the strings. You should use the side of your finger while you’re doing that.

And your other hand can strum or do different patterns. Try to keep up the rhythm meanwhile, and don’t go too fast.

When you memorized all these chords, practice by mixing them up in different orders. That’s how they will really get into your head and fingers.

After all, improving music skills is all about practice, practice, practice. It might sound repetitive or even dull, but you’ll learn to like it! As you progress, you’ll see how everything comes more naturally to you.

And even when you start playing complete songs on the banjo, you shouldn’t forget about chords, music theory, and basic exercises. They will better your performance and help you learn new stuff more quickly.

One of the first things you should do when you’ve started learning how to play the banjo is to get to know the banjo diagram and memorize its basic chords.

Some popular banjo chords are G, C, D, Em, and A chord. The G Chord is the easiest one because you basically don’t have to touch anything (when it comes to standard tuning.)

Once you memorize these basic chords, it’s important to practice them efficiently. For example, mix them up a little. That’s also how you’ll learn how to use your hands independently.

With time, you’ll also get to know different keys. The more you explore and practice, the more songs you’ll be able to learn.

The banjo is a very versatile instrument, and you shouldn’t stop after learning only a couple of basic tunes.

If you’re just about to play your first banjo chords, the whole musical journey is still ahead of you. But we assure you it will be a rewarding one!

15 Best Mandolins on the Market Today