30 Best Songs About the Sea & Ocean of All Time 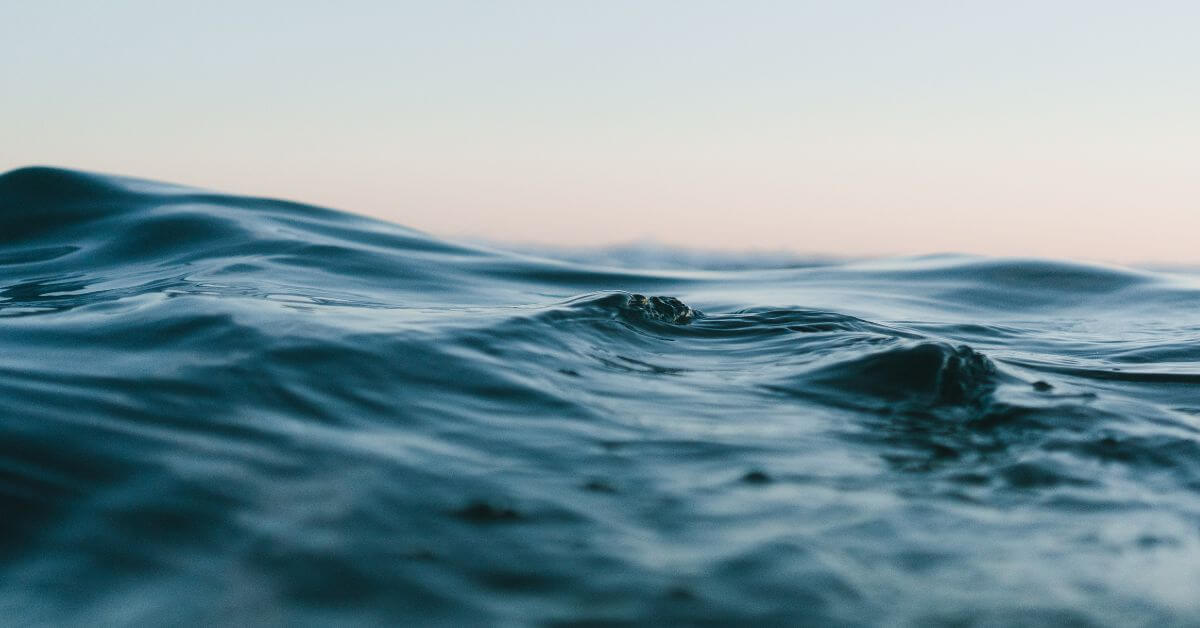 Musicians have always drawn inspiration from nature. And water in all its forms is certainly one of the most occurring themes.

That being said, we decided to do a little research and gather the best songs about the sea.

Our sea songs playlist turned out to be quite versatile, and we’re sure you’ll find something to your liking.

So, without further ado – let’s dive in!

1. “Somewhere Beyond the Sea” by Bobby Darin

Bobby Darin’s rendition of this song about a lost love is likely the most well-known, despite the fact that it has also been sung by Robbie Williams, Frank Sinatra, and Bing Crosby.

In the English version of Charles Trenet’s song “La Mer,” which was originally written in French and was his dedication to the ever-changing character of the sea, a few extra lyrics were added, and as a result, the song evolved into the jazz classic that we are familiar with today.

This is one of Weezer’s finest songs, and it can be found on their album Pinkerton.

The words, which were written by Rivers Cuomo, are quite personal and feature potent imagery, both of which make the author feel very pleased.

Did you know that Rivers Cuomo, the frontman for the band, was tormented while he was in high school? He later sought the counsel of a zen master.

Here’s a track from The National, who are the undisputed kings of gloom in Brooklyn.

This hilarious music video is an homage to the Russian post-punk band Zvuki Mu and their video for the song “Grubyi Zakat.”

The film features the band performing in a tight space while rocking out (where the Russian quartet plays in a confined space, with a kid wandering in and out of frame.)

Frontman Matt Berninger sings, “I see people on the floor, they’re slidin’ to the sea,” in one of the band’s songs.

4. “Only the Ocean” by Jack Johnson

It’s full of metaphors that don’t always make sense, but they’re all connected to the overarching topic of love and the ocean.

The soft-spoken ballad is a lovely beachfront piece, and it comes from the album with the same aquatically themed title “To the Sea.”

This song, which falls within the pop, dream-pop, synth-pop, indie-pop, and R&B genres, was written and produced by Eilish’s brother, Finneas O’Connell, and it is about an unhealthy relationship.

Eilish, who was just 14 years old when she released her debut single, quickly climbed to the top of the charts.

This was a song that was created only for her dancing teacher, and it wasn’t intended for anybody else to hear it.

6. “Lost Sailor” by The Grateful Dead

This is a song about a sailor who becomes disoriented while at sea and sings, “You’re a lost sailor, you’ve been at sea for too long.”

People who have “gone too far” with their substance usage are represented by this metaphor.

It’s perhaps a reference to band member Jerry Garcia, who had a “habit” that lasted a long time and was difficult for the band to deal with.

The words remind us that “There’s a price for being free,” so to speak.

7. “Under the Sea” by The Little Mermaid (A Work Produced By Disney)

We might be older than you, but we are huge fans of The Little Mermaid, which is our generation’s children’s and grandchildren’s favorite movie.

Because we have seen this catchy cartoon melody at least a hundred times over the years, this merry sound, more than any other beat, has remained ingrained in our memories over the years.

Every once in a while, we catch ourselves singing the song’s words out loud.

Water is a beautiful thing, but it also has enormous destructive potential, as was seen by the horrific tsunami that struck Japan in 2011.

This song was published by the four surviving members of the Beach Boys in order to contribute to fundraising efforts for those affected by the earthquake and tsunami in Japan in 2011.

Additionally, after Carl Wilson’s passing, the band included posthumously the late singer’s voice on the recording.

The Kooks’ first studio album, titled “Inside In/Inside Out,” features a song called “Seaside,” which is an upbeat and catchy tune that opens with a straightforward narrative about finding love at the beach.

Although the focus is mainly on the land next to the water, all of these locations are nevertheless considered to be ocean-related.

10. “Yellow Submarine” by The Beatles

The Beatles’ “Yellow Submarine” is an essential addition to any compilation of music with a nautical theme; any such collection would be lacking without it.

Ringo Starr was responsible for the singing of this children’s song that was mostly penned by Paul McCartney. Donovan, the singer, was involved in the creation of the lyric “sky of blue, sea of green.”

Many fans are under the impression that the phrase “sea of green” makes reference to the widespread use of marijuana in that era.

One of the most well-known underwater songs is titled “Octopus’ Garden,” which is another song that was released by the Fab Four.

Morcheeba’s signature song “The Sea” is all about salty air, clear waters, and living free.

The moment you hear this song, you’ll be mentally transformed somewhere by the sea. And that’s sometimes what we need when everyday life starts to feel daunting or overwhelming.

The seas and oceans are often associated with freedom and easy living, and Morcheeba managed to capture that feeling perfectly.

The Norwegian electronic duo Röyksopp added their recognizable dreamy touch to this song about the sea.

The song was released in 2012, and it still sounds very fresh. It’s also quite captivating, with its haunting vocals and a powerful build-up.

This is another dreamy indie song about the sea.

HAEVN is a Dutch band formed in 2015, and their music is starting to become more and more popular.

Their track “The Sea” definitely stands out – it sounds like it reflects the vastness of the sea.

This perhaps isn’t a song with the sea in the title, but it somehow sounds like the sea.

Although it’s not a lyrical or musical masterpiece, the vibe of the song is so unique and spot-on, so it comes as no surprise that it climbed the charts in over a dozen countries.

A song that follows naturally is “Pure Shores” by All Saints.

Probably the fact that we heard it in “The Beach” (a 2000 adventure film with Leonardo DiCaprio) is the main reason this pop hit immediately takes us to the coastline.

And not just any coastline – a place where crystal clear waves meet with a pristine, white-sand beach.

If you’re looking for a nice, dreamy soundtrack for an evening walk along the sea, look no further – Beach House will take you there.

They released “On The Sea” on their fourth studio album “Dream” in 2012, and it’s arguably one of their most memorable tracks.

Here comes another suggestion for your relaxing walk by the sea.

“The Sea Is Calling” by the Australian band The Temper Trap is everything you need from a sea song – it’s powerful, dreamy, and slightly melancholic. And that guitar sounds like a wave…

At the time of writing, Lorde released the video for this song a few days ago.

“Oceanic Feeling” is a part of her album “Solar Power”, and just like many other songs on the album, it’s ideal for summer easy listening.

When it was released in 2015, “Ocean Drive” by Duke Dumont was a chart-topping tune ideal for long coastal drives.

And it’s still nice to hear it from time to time.

‘There’s a piano playing on the ocean floor…’  A perfect beginning of a song about the sea.

“Sinner In The Sea” was released on Calexico’s 2012 album “Algiers”, and it’s definitely one of the band’s signature songs.

Despite a somewhat gloomy title, “Dead Sea” by The Lumineers is a sweet, romantic tune.

The band released the song on their debut studio album in 2012. And in our opinion, their album “The Lumineers” remains their best work so far.

Released in 1999, Cat Power’s “Sea Of Love” sounds like it could have been written a few days ago.

It’s also very short, which only adds to its charm.

And sometimes you just need to roll in with the waves.

Imagine Dragons came back with new music in 2022, and they released “Waves” in early July.

It’s a hopeful, catchy tune that will help you relax and just go with the flow.

24. “Tides” by Bonobo and Jamila Woods

The song mentions tides and the ocean, and in a way, it captures the freedom, mystery, and vastness of the sea.

When it comes to tides and waves, we also want to mention this easy-going tune.

Tom Misch is known for making soulful music with groovy vibes, but this track takes you to a different place. Yes, it’s a cool song, but it’s also calm, mellow, and kind of mesmerizing.

The thought of vast, blue seas and oceans can also evoke melancholic feelings.

And “Oceans” by Seafret is a perfect blend of melancholy, longing, and softness.

27. “What The Water Gave Me” by Florence and the Machine

“What The Water Gave Me” is undeniably one of Florence’s most memorable songs.

It’s energetic and meaningful, and you can feel the singer’s obsession with the power of water.

And as Florence told NME: “I am obsessed with drowning. It’s about succumbing and being completely overwhelmed by something that’s bigger than everything.”

Another powerful song about water is “High Water” by Bishop Briggs.

The British singer released it in 2022. It’s a somewhat heavy song full of tough emotions and grief, but it also sounds kind of liberating.

After all, water in all its forms is often associated with cleansing and healing.

What a nice surprise this song was a few years ago!

Sierra Ferrel released “The Sea” on her 2019 album “Washington by the Sea”, and it’s definitely a sea-themed song worth mentioning.

All right, let’s wrap it up with a smashing hit.

“Rockaway Beach” is a song about Dee Dee Ramone’s coastal escape in Queens.

And this lively track really does feel like summer is just about to begin – so, let’s pretend that’s the truth!

Songs About the Sea – Final Thoughts

Hopefully, you enjoyed our playlist of the best songs about the sea.

We certainly did – some of these tunes give such a unique sense of freedom and serenity, and others are very uplifting and liberating.

So, if you ever feel anxious or overwhelmed, put this playlist on and imagine yourself in the company of seagulls and crashing waves…

40 Best Songs About Waiting for Someone or Something

30 Best Songs About Ghosts of All Time