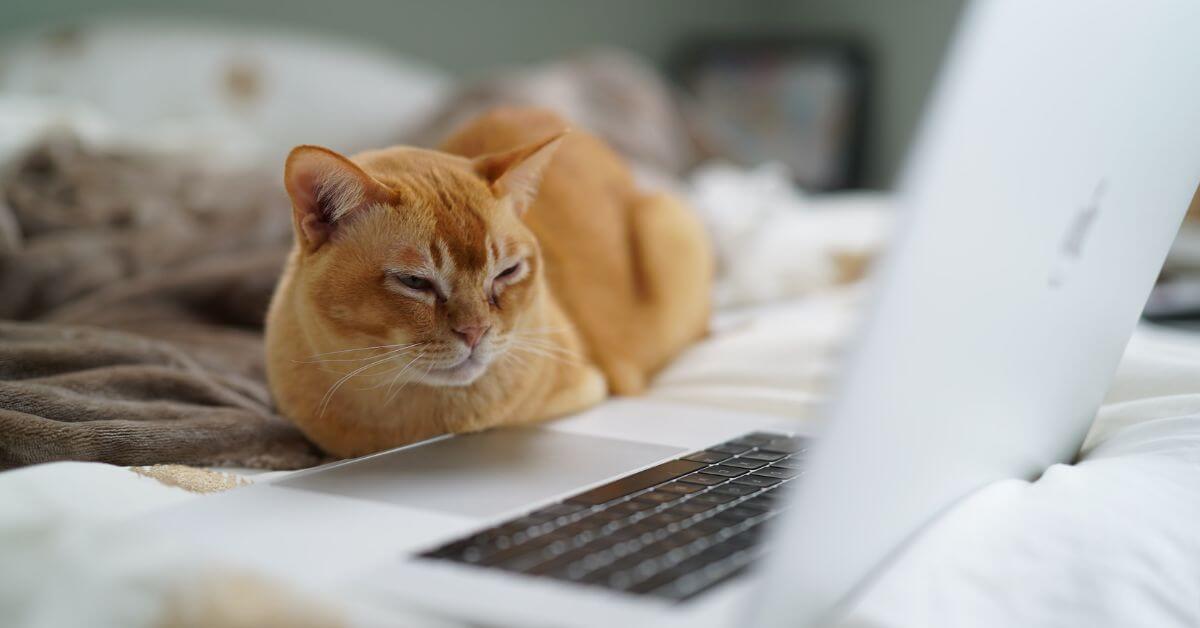 Memes have deeply rooted themselves in today’s internet culture as a source of entertainment.

The main reason memes bring joy to people of all age groups is the diverse meme music used, both old and new.

If you’re trying to find the perfect meme song to edit into a video or you simply want to enjoy some classic meme music, we have just the meme song list for you.

1. “Never Gonna Give You Up” by Rick Astley

“Never Gonna Give You Up” is unbeatably one of the best funny meme songs to have existed, and no list of meme songs is complete without it.

The internet made the song an immortal meme by starting the “Rick Rolling” prank.

People would link the song on completely unrelated pages to misdirect users to the song’s video, in which Astley can be seen shimmying to the rhythm.

Love it or hate it, there is no denying that everyone has caught themselves singing along to “Let It Go” at least once in their life.

With every lyric used for some meme or the other, the song is one of the most popular meme songs and often gives the movie a run for its money.

Drake isn’t called the meme-king for just anything.

His song “In My Feelings” instantly took off as a meme as soon as it was released, topping the Billboard Hot 100 chart for 10 weeks.

Not only did the song break numerous records, but it also became a global dance challenge, practically serving memes on a silver platter.

With its video having numerous people dressed up as animals making the most absurd sounds, it isn’t a surprise “What Does The Fox Say?” ended up on this meme music list.

The song has over a billion views on YouTube and was literally everywhere when it was released in 2013; you couldn’t escape it.

The song is still considered Ylvis’ #1 song because of its explosion as an internet meme back in the day.

The character of Jack Sparrow is a meme in itself.

So, meme pages got to work when the hilarious collaboration between Michael Bolton and The Lonely Island brought us this SNL song.

The song was supposed to be about rap members in a club but ended up with Bolton singing about the Pirates of the Caribbean and Jac Sparrow instead.

When the actor was diagnosed with cancer in 2016, fans took it upon themselves to raise awareness about his GoFundMe campaign through this song.

The song was adapted for many parodies and meme edits and successfully raised more than $100,000 for the late actor.

“Gangnam Style” took the internet by storm when it was released in 2012 with its catchy music and hilarious dance moves.

By the end of the year, Gangnam Style had topped the charts in more than 30 countries, including Canada, Germany, France, the U.K., Russia, Spain, and Italy.

The song was instantly used for memes and covers, starting a big wave of Korean music all around the world.

“All Star” became a meme soon after being used in the first instalment of “Shrek, The Movie.”

The song’s opening coincides perfectly with Shrek opening the door to his house in the beginning.

Whenever a meme video involved any kind of door being opened, you could bet “All Star” was playing in the background.

9. “The Sound of Silence” by Simon & Garfunkel

“The Sound of Silence” is counted among famous meme songs because of its popular lyric, “Hello darkness my old friend.”

This particular part of the song has been used in uncountable memes to express existential despair or angst.

“Harlem Shake” became an internet meme soon after YouTube comedian Filthy Frank aka Joji, did a video of him shaking to an excerpt of the song.

The video exploded, and hundreds of people started uploading their own versions of the shake on YouTube.

“Africa” is a wholesome song that inspires anyone who hears it.

However, it’s an even better meme that started because of its hilarious parodies being uploaded on youtube.

From there, the song was used in videos, collages, you name it.

“Stayin’ Alive” took the number one spot on the Billboard Hot 100 and remained there for four consecutive weeks.

The song is also considered the best song of the Bee Gees and was included in Rolling Stone’s 500 Greatest Songs of All Time.

The “Stayin’ Alive” part of the song was widely used for memes and is still very memorable today.

13. “A Thousand Miles” by Vanessa Carlton

“A Thousand Miles” was critiqued as a bland song but was still very popular when it was released in 2002.

The song blew up as an internet meme because of its cheesy and funny lyrics that made no sense.

Since then, the song has been heard in parodies, covers, and numerous edits.

This one may be among the old meme songs, but it’s definitely one of the most recognized ones, even today.

The 1993 classic pop song was a dancing favourite and was revived in 1996 for a skit done by Will Ferrel.

Ever since it was made the subject of numerous internet memes.

15. “Bring Me To Life” by Evanescence

“Bring Me To Life” is Evanescence’s biggest hit only because of how often it was used in memes.

The song is over the top, dramatized, and has the most cheesy lyrics making it perfect meme material.

Even if you put the video aside, its lyrics are enough to give you a good laugh.

“Pony” is a raunchy R&B song released by Ginuwine in 1996 and is the perfect meme package.

Thanks to Ginuwine‘s sensual moves throughout the song and the double-meaning lyrics, the internet meme community had a blast editing this one.

The song has all the band members visiting their hometown, with Chad Kroeger showing a framed picture at the beginning of the video.

The internet meme community quickly ate up that particular shot, and the picture in the frame was photoshopped with anything and everything to make it funny.

“Astronomia” is definitely among the top meme songs of recent times.

The song is widely recognized as ‘’the coffin dance song’’ in which a group of guys are in funeral attire carrying a casket.

The diseased had wished that the people carrying her casket would dance as they took her away.

Not only was the song revived as a classic party song years later, but the lyrics were used to make multiple puns all over the internet.

The song is mainly about a guy unable to fathom why his girlfriend cheated on him.

This song started those numerous thug life memes all over TikTok, Youtube, and other social media.

Though this gangster rap song is good in itself, it’s inarguable that the meme community played a huge role in this song blowing up on the internet.

When John Cena and his cousin were composing “The Time Is Now,” they definitely didn’t expect it to blow up as an internet meme.

All the memes are collectively called “Unexpected John Cena” memes and involve a normal video clip that is abruptly interrupted by John Cena’s entrance music.

The unexpected change from a serious scene to Cena’s uplifting music leaves people in fits.

‘Shooting Stars’ was an epic breakthrough for the Australian band Bag Raiders when it was released in 2009.

The electronic song was brought back from the dead in 2017 when meme lords decided that it was too good to skip on.

The memes usually involve people and animals jumping into a transdimensional universe with the song playing in the background.

As funny as its name, the song made any video it was used in hilarious as well.

Any video of people with crazy dancing moves combined with this song made golden memes.

Its upbeat music was adapted for animations, dancing animals, people, and anything else the “memers” could get their hands on.

If you’ve been on the internet recently, you’ve probably seen the numerous memes with “Buttercup” playing in the background.

Even now, “Buttercup” is a song used in memes all over TikTok and YouTube.

“Friday” was perhaps one of the most blown-up songs of 2011 that went viral all over youtube for how terrible it was.

Flash forward to a few years later, and the song resurfaced in the form of hilarious memes due to its absurd lyrics and catchy music.

Lil Nas X released a solo version of this song without Billy Ray Cyrus that got kicked off  Billboard’s country charts, deeming that it wasn’t country enough.

Soon after, Nas collaborated with Cyrus, a renowned country singer, for a remix version of the song giving it back to the Billboards in a way.

The situation and song were pure meme material, which was why it exploded all over the internet as it should’ve.

When “September” was released in 1978 by the band Earth, Wind & Fire, it was deemed a commercial success instantly.

The next thing you know, September 21st, a date mentioned in the song was made the unofficial Earth, Wind & Fire day.

So, every year on September 21st, Twitter blows up with numerous memes to commemorate one of the most iconic meme songs and bands.

“The 7th Element” is a song by Russian singer Vitas that is a meme in itself.

Vitas wears a silver jumpsuit and a shiny star-shaped crown in the video while giving unnerving looks to the camera.

His tongue-rolling and eclectic techno music made the Russian artist go viral and inspired many memes.

All you need to do is watch the song, and you’ll know why it’s on this meme music playlist.

The 80s bring a lot of meme material mainly because of the drastic difference between that era and today.

With its catchy music and dramatized video, “You Spin Me Round” is among some of the most unforgettable meme songs.

“Ultimate” is a great rap song, but what makes it popular in the meme community is its wild beat drop just before its chorus.

The drop is then followed by a heavy rap that makes even the most boring videos impressive.

This list of good meme songs shows the evolution of meme music and how some songs are too good to be forgotten.

Kudos to the meme culture for keeping these songs as good as new and bringing a good laugh out of everyone who hears them.

Hopefully, you had a blast going through them as well.