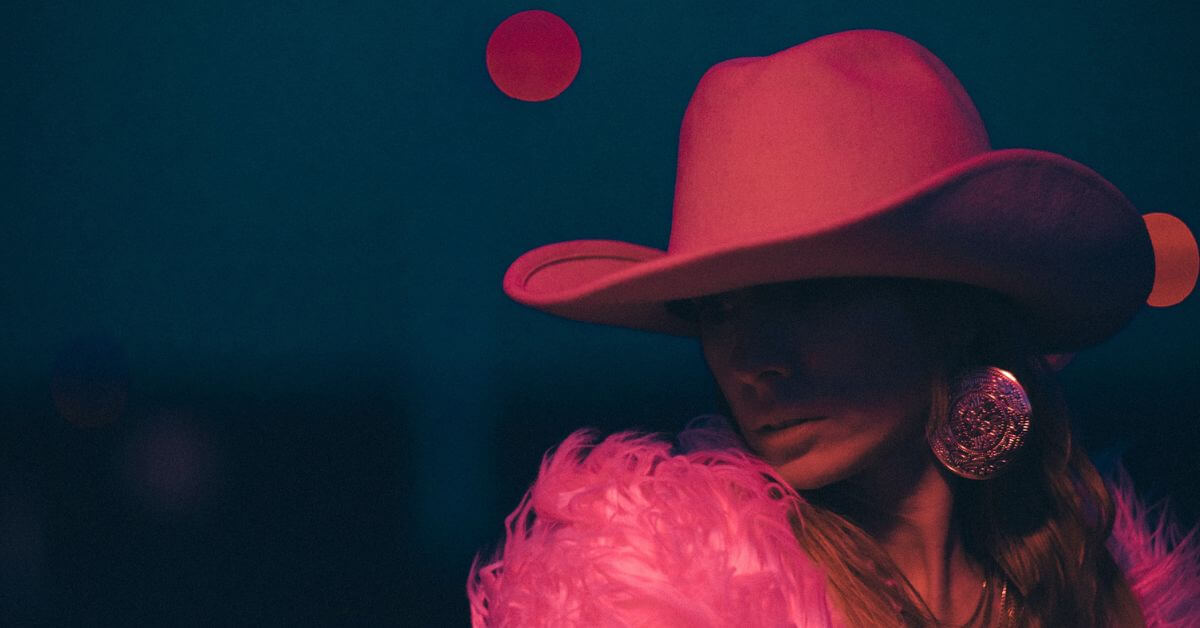 For years, country music has personified romantic moments. I mean, who doesn’t enjoy the smooth, soulful lyrics from iconic artists like Kenny Rogers while relaxing in their lover’s arms?

One could go as far as saying that love defined many country artists’ careers, helping cement their status in the music scene.

From passionate storytelling to painful heartbreaks and honest confessions, we’ve compiled a list of the best country love songs of all time.

“Tennessee Whiskey” is a country classic where the narrator compares his lover to his favorite drink.

However, the true meaning beyond the metaphorical aspect is that the singer is happy to have finally found his better half after an agonizingly lonely life.

Buck Owens gave us a classic ballad that became an all-timer.

The beautiful lyrics, expressed in the typical Owens voice will blow you away. And the guitar-melody combination is simply impeccable.

Josh Turner’s “Why Don’t We Just Dance” became his signature track, portraying a couple dancing their troubles away.

It is a pleasant-sounding tune that will leave you craving for more, not least because of the awesome lyrics.

In this track, Shania Twain sets the mood with a smooth intro before singing the tender lyrics that will make you fall in love again.

You can feel it when Twain sings, “And the first time you touched me, I felt love.”

The song’s powerful lyrics endeared it to many country lovers, confirming Strait as one of the greatest to ever exist.

It is the 4th single from Paisley’s “Time Well Wasted” album and topped the Billboard Hot Country Songs chart soon after release.

Whether you need a unique masterpiece for your significant other or a calming track for a friend, this piece by Garth Brooks conveys a strong message of love.

It is the first song written by Garth Brooks and Kent Blazy that contributed to the pair’s whirlwind success.

“Lady” is a Kenny Rogers solo hit that stayed on the Billboard Hot Top 100 chart for 25 weeks.

If “The Gambler” tune had already made him famous, this track surely confirms Rogers as one of the greatest country music artists in history.

This mid-tempo duet by Dolly Parton and Rick Van Shelton was a masterpiece.

The lyrics in the song are self-explanatory, describing a married couple that’s determined to stand by one another till the ‘rockin’ years.

“Tequila” is a magnificent piece that represents nostalgia and regret.

It is a sentimental track about a lost love that’s constantly triggered by a sip of tequila.

This is a Keith Urban ballad song that’s as good as the fantasy.

It talks about the singer’s plans to spice up his love life soon after getting married.

For a song that topped the US Billboard Country Songs Chart for 5 weeks, it’s easy to see why this track melted the hearts of many female country lovers.

This 1992 track affirms that a relationship built on love and mutual respect can withstand any storm.

The narration follows the lives of a young couple from childhood life through to adulthood.

“Two Sparrows In A Hurricane” was Tucker’s first single from her iconic album, “Can’t Run From Yourself.”

This piece by Alan Jackson reflects love at different stages of life.

It describes the ups and downs of any relationship, covering everything from growing up to making mistakes, maturing, and becoming a better version of yourself.

“I Need You” is another track from the powerful duo, written by Tony Lane and David Lee.

It was the second single from the duo’s iconic album, “Let It Go,” and describes their tender affection for one another.

“Kiss An Angel Good Mornin” is a 1971 track written by Ben Peters and performed by Charley Pride.

Like Pride’s other chart-topping hits, this track peaked at #1 on the US Billboard Hot Country Songs chart.

“Heaven” is a perfect romance song by Kane Brown.

He proclaims his love for a girl, affirming that his life is probably far much better than what heaven could possibly give, with his beautiful angel sent from the sky.

“Amazed” is arguably one of the greatest love songs ever.

While Lonestar produced many tracks, “Amazed” remains an iconic hit, considered by many as the group’s signature track.

This Kenny Rogers’ love song is nothing if not exceptional.

The lyrics affirm that every man needs love, and Rogers describes how his life has changed since she met the woman of her dream.

This is a picture-perfect narration describing a relationship.

It is a musically interesting track that’s playful and romantic at the same time and earned the duo two nominations at the 54th Grammy Awards (Best Country Song and Best Country Duo/Group Performance).

“It’s Your Love” is a great piece from the magnificent duo that has become a staple in weddings and marriage proposals.

It was one of the greatest duets of the 1990s and summed up the couple’s tender affection for one another.

Brett Young welcomes us to the era of contemporary country songs with a special love confession.

“In Case You Didn’t Know” illustrates everything you expect from Brett Young’s masterpiece and a magical voice that will blow you away.

“Nobody But You” summed up the deep affection between the two lovebirds, Blake Shelton and Gwen Stefani.

In this track, the duo showcases their love in yet another country classic.

Inspired by McDonald’s real-life story, this emotional track describes a man’s experiences away from his family.

He consoles the family that he’s with them in spirit despite being away physically. It stayed at #1 on the Billboard Hot Country Singles & Tracks for 6 weeks.

“I Love You” is a 1999 track written by Tammy Hyler, Adrienne Follese, and Keith Follese.

It was recorded by Martina McBride and debuted at #43 on the US Billboard Hot Country Singles & Tracks chart before reaching #1 later the same year.

“Beautiful Crazy” helped cement Luke Combs’ status in the country music scene, making him the big-name artist he is today.

Aren’t weddings more beautiful when spiced up with romantic lyrics?

Shania Twain’s “From This Moment On” narrates a romantic affair between two lovebirds, conveying a message of love, contentment, and a fulfilled dream.

“Girl Crush” is a jealousy ballad falling in the same category as Dolly Patron’s “Jolene.”

While the song received different reactions from country lovers, it was a massive success in the country music scene, taking the number #1 spot on the Billboard Hot Country Songs chart for 13 weeks.

28. “Island In The Stream” – Dolly Parton And Kenny Rogers

This is a metaphoric song about two partners who are madly in love and the everyday experiences in their relationship.

The title was inspired by a novel of a similar name, and it peaked at #1 on the US Billboard Hot 100 charts.

It is inspired by the famous Romeo and Juliet story and became an instant hit.

As the title states, “We Got Love” is Don Williams’ assertion of the beauty of love.

He says, “We got somethin’ everybody else can see,” rejoicing in his newly found love.

However, it is worth all the attention it got from critics and country lovers.

This track narrates how overcoming the hurdles in a previous relationship can transform your love life.

Isn’t it impressive how Randy Travis expresses his feelings using an excerpt from the Lord’s Prayer?

With its lyrical concept and passionate message, it’s little surprise that this song went straight to the top of the US Billboard Hot Country Singles charts, becoming one of Randy’s best-ever pieces.

The simple lyrics in Don Williams’ 1981 hit made it quite memorable.

It is an honest song describing Williams’ trust in his lover. The song had massive success, earning deserved recognition on the Us Billboard Country chart.

“Little Moments” is a romantic song that shows how far someone can go to express their love.

Brad Paisley talks about the good and the bad times and how much he’s willing to compromise to show his affection.

Tracy Byrd’s “The Keeper Of The Stars” is a tender country love song that’s become a wedding staple.

Like most songs on our list, the lyrics of this song express love, only this time, a Supreme Being is involved.

Faith Hill describes a romantic moment with her significant other.

It is a melodious track that will make your intimate moments more memorable.

“God Gave Me You” is one of the songs that made Blake Shelton popular in the contemporary music scene.

In the song, Blake is not only thanking his wife, Miranda, for being there for him but also for changing his life.

The narration is exquisite, discouraging us from taking those who love us for granted.

Many artists have done a cover of Bob Dylan’s “Make You Feel My Love” hit song, but Garth Brooks’ version seemed to outshine them all.

You can tell that it was a huge success from the audience’s response to Brooks’ performance.

The lyrics express the feelings of love at first sight, with Brown singing, “I picked you up with the cowboy nod/At the hotel bar/It was less than 8 seconds/Girl, you stole my heart.”

Thomas Rhett oozes emotions as he gives complementary praises to his wife throughout the track.

It is another masterpiece for the romantic moments, and the succinct lyrics make the song more relatable.

“Feels So Right” was written by Randy Owen and released in 1981 as part of Alabama’s album with a similar name.

It went straight to the top of the Billboard Hot Country Singles chart, becoming the band’s signature track.

This track is for a simple couple that only wants the best for each other.

“I’ll Still Be Loving You” is a reassuring, romantic song that topped the Hot Country Songs chart.

It is a timeless tune with romantic lyrics like, “I’ll be yours/Until the sun doesn’t shine/Till time stands still.”

45. “Somewhere With You” – Kenny Chesney

“Somewhere With You” is a country classic for the tortured soul.

It describes the feeling of getting over someone you’ve been with in a relationship till the end.

Dolly Parton’s tender yet romantic song completes our list of the greatest country love songs of all time.

It is an iconic song that complemented the artist’s illustrious music career, taking the number #1 slot on the charts on two different occasions.

The first time was after the 1974 release before she recorded it again in 1982 for her “The Best Little Whorehouse” movie.

We hope you’ve enjoyed our diverse list of the best country love songs ever.

Hopefully, you won’t lack options the next time you’re setting the mood for a romantic moment.

36 Best Country Songs Of All Time