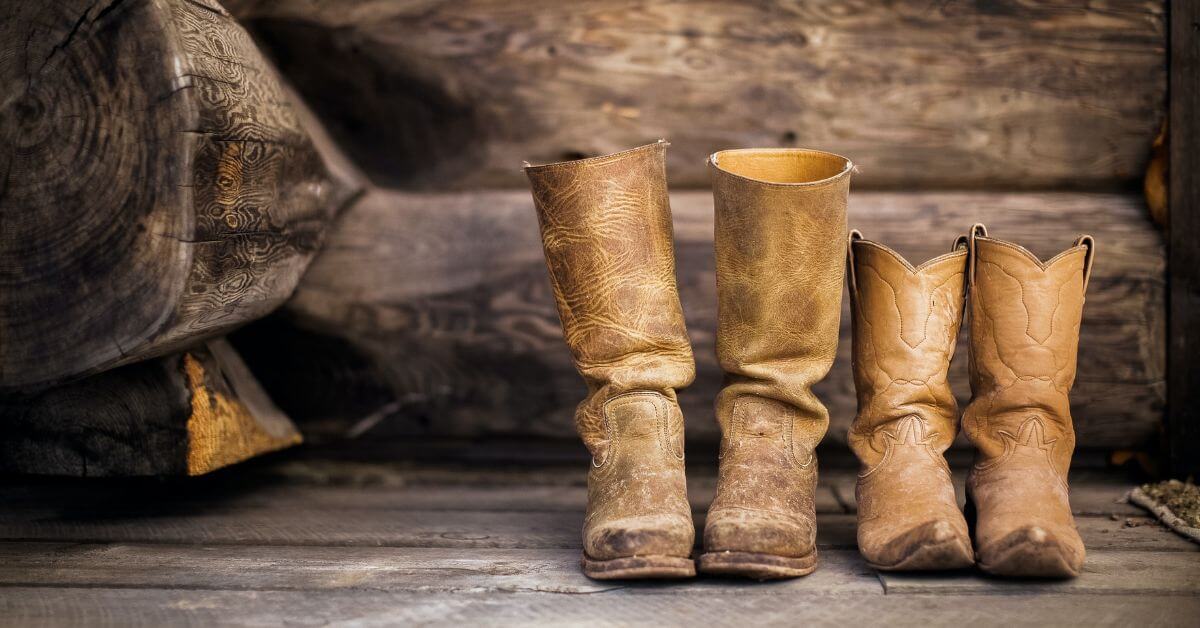 The family is the foundation of country music.

From intimate portraits of specific family members to more general affirmations of the virtues of family life, country songs have long celebrated the special bond that ties parents to their children and siblings to each other.

In this article, we’ve compiled a list of 30 of the best country songs about family.

These songs come from a wide range of artists and deal with a variety of family relationships.

But all of them capture the essential truth that family is the center of our lives and the source of our deepest happiness.

1. “Things Dads Do” by Thomas Rhett

This Father’s Day-themed song was co-written by Thomas Rhett and his father, Rhett Atkins.

It’s all about the things fathers do, such as handing you the keys to your first used truck or serving as your best man at your wedding.

With the help of this song, which was written by Carl Perkins, country music legend Johnny Cash topped the Billboard Hot Country Songs chart.

He sings about difficult moments in his childhood and how his family played gospel music and thought that their common faith would help them get through anything.

“Mama Tried” by Merle Haggard is one of the best country songs about family.

Merle Haggard’s song about a mother striving to raise her son correctly peaked at number one on the Billboard Hot Country Songs chart in 1968.

Even if he still chose the wrong path in spite of her best efforts, the mother is praised in the song for her efforts.

4. “The House That Built Me” by Miranda Lambert

One of the best country songs about family is about a walk down memory lane to a childhood house and the things that happened there.

It was Miranda Lambert’s debut #1 single and was released in 2010.

It is one of her most well-known songs and has sold over a million copies.

5. “Remember When” by Alan Jackson

“Remember When” by Alan Jackson is another great song about family.

This song, which is among Alan Jackson’s numerous #1 hits, is a beautiful portrayal of family life, beginning with the moment he met his wife and continuing through the raising of his children and keeping the family together.

Looking back on a contented, prosperous life through all of its phases is the subject of this lovely song.

6. “There Goes My Life” by Kenny Chesney

In this Kenny Chesney single, which spent seven weeks at the top of the country chart, a teenager discovers he will soon be a father.

After the child is born, he discovers that he loves his wife and child more than anything else, despite initially feeling that his life is over.

One of the best songs for family memories is “Butterfly Kisses,” which was released in 1997.

This song was written by Bob Carlisle and Randy Thomas in honor of Carlisle’s daughter’s 16th birthday.

It’s a lovely song about all the little moments a father and daughter share that he will appreciate throughout the rest of his life.

This song about a father taking his daughter fishing was one of Trace Adkins’ most recent top ten hits.

The father knows it’s more than simply a fishing trip, even though the daughter just sees it as a fishing trip because some of life’s most significant moments occur in seemingly irrelevant situations.

The 2006 movie Flicka featured this song about a father’s love for his daughter, which peaked at number three on the US country chart.

In this touching song about family, the narrator’s daughter vows to remain her father’s little girl no matter how old she becomes.

One of the country songs about family where the singer recognizes his father in his deeds and words is this touching tribute to fathers.

Another point is that as you get older, it becomes easier to recognize the things parents do for their children that may not be clear to you when you’re younger.

11. “The Coat of Many Colors” by Dolly Parton

This country song essentially recounts Dolly Parton’s early life, including how her mother would sew a coat for her daughter out of rags they got from their friends.

In this sad song, the singer receives news of a friend’s death and immediately calls home.

He vows not to wait so long without staying in touch with his parents after the sudden loss helps him realize what’s important.

“I. O. U.” by Jimmy Dean is another great song for family memories.

An orchestra plays in the background as Jimmy Dean pays tribute to his mother in this spoken-word recording, which became his first song to top the charts in ten years.

When Dean tells his mother he loves her, his voice breaks as he lists everything he owes her.

“Young,” the lead song from Chesney’s 2002 album, No Shoes, No Shirt, No Problems, finds the singer thinking back on his adolescence.

Everything from being awkward and shy to wanting to rebel to wishing he was older is undoubtedly something we have all experienced.

As he sings about the delights of fatherhood in “The Best Day,” Strait understands how it feels to watch his children grow up.

It is a genuinely heartbreaking experience.

The inspiring song depicts the tale of a father who reflects on the various phases of his son’s life, from being a young man to becoming a teenager and ultimately marrying the lady he loves.

This is one of the best country songs about family.

With this touching tribute to Dunn’s father, she received two Grammy Award nominations and rose to the seventh position on the Billboard Hot Country Singles list.

She sings of how dad worked with his hands to provide for his family, discipline her when necessary, and comfort her when needed.

Brad Paisley’s first #1 hit was this song. One of the best country songs about family ever written.

It is about a boy’s love for a man who married his single mother and raised him as a loving stepfather.

He sings of wanting to live up to his excellent stepfather’s example and how that love inspired him to want to start a family of his own.

Reba McIntyre’s top-ten song begins by listing several of her son’s habits and behaviors that he picked up from her.

When she sings about the gifts from his father, whom he prays for because he has already passed away, the song takes on a more somber tone.

19. “My Front Porch Looking In” by Lonestar

One of the many country family songs about how the people you love are more important than anything materialistic is Lonestar’s No. 1 hit.

The singer’s favorite view, if given the option, is the one he sees from his front porch as he enters his house to see his wife and kids waiting for him.

“Boy” by Lee Brice is one of the best country songs about family love.

The song’s theme is about how parents love their children, especially their sons.

After witnessing people in the audience holding up pictures of their sons every time he sang the song, Brice decided to release “Boy” as the lead single off his self-titled fourth studio album.

The country song speaks to every parent who is watching their children grow up too quickly in front of their very eyes.

One of the few country songs about families that don’t try to cover up flaws like relatives in jail, burned meals, and having to sell possessions to make ends meet is this one.

This catchy country song’s message is that family love is more significant than any of those things.

American country music singer Faith Hill recorded the song “You Can’t Lose Me,” which was written by Trey Bruce and Thom McHugh.

It was officially released as the fourth single from her second album, It Matters to Me, in April 1996. (1995)

In Canada, this song debuted at #1 on the RPM country chart and at #6 in the US.

The lyrics of this lovely song about moms and daughters describe how unconditional a mother’s love can be.

It concludes with the reverse sentiment that a mother can never lose a daughter, under any circumstances.

The Judds, a famous mother-daughter pair, croon to a grandfather in this song and inquire about the good old days.

The message of the song is that people want to hear about simpler times when families prayed together, had dinner together, and life seemed a little kinder.

“You’re Gonna Miss This” is a song made up of three verses and a bridge.

Each section depicts a moment in the life of an anonymous female character.

In the first verse, she is driven to school by her mother.

In the second verse, her father visits her at her apartment and in the third verse, she is talking to a plumber while her kids are making noise.

Each time, she is told that she will miss the moments in her life and that she should take the time to enjoy them while they last.

25. “The Hand That Rocks The Cradle” by Glen Campbell and Steve Wariner

With the birth of a son as its starting point, one of Glen Campbell’s top ten songs is a loving tribute to moms everywhere.

The song is about how she provided for all of his needs and provided him with an excellent education, and how moms don’t receive enough recognition for their efforts.

For her performance of this song during the 2010 Grammy Awards ceremony, Underwood received a nomination.

She assures her mother that she should not be worried about her because she was raised properly.

She is happy to be marrying a good man and is appreciative of her mother for instilling good morals in her.

This song became George Strait’s first #1 hit that lasted for more than a week.

Fatherhood is a common theme in country songs about family.

This song demonstrates how a father’s love never ends and is passed down through the generations.

28. “He Walked on Water” by Randy Travis

“He Walked on Water” by Randy Travis is listed among the great country songs about family memories.

The US chart rank for this song about a great-grandfather was #2.

Despite any imperfections, Travis sings about the man he believed could walk on water.

It’s a lovely song about idolizing an elderly relative and preserving their memories after they pass away.

The difficult upbringing of Loretta Lynn as the daughter of coal miners is the theme of this autobiographical song.

The lyrics discuss how diligently and selflessly her parents worked to raise their family.

She sings of being happy to have come from a family that upheld the principles they did.

30. “Don’t Forget To Remember Me” by Carrie Underwood

This song, which is about a mother and her daughter after the daughter graduates from high school, is one of the lovely country songs about family.

As the daughter leaves home and gets on with her life, her mother reminds her to always remember her.

Family is a central theme in country music. This is evident in the songs that have been selected for this article.

Each song highlights different aspects of family life, whether it is the bond between parent and child, the love between siblings, or the support that families give to one another.