35 Best Songs About Fighting & Fighting Songs to Get You Pumped 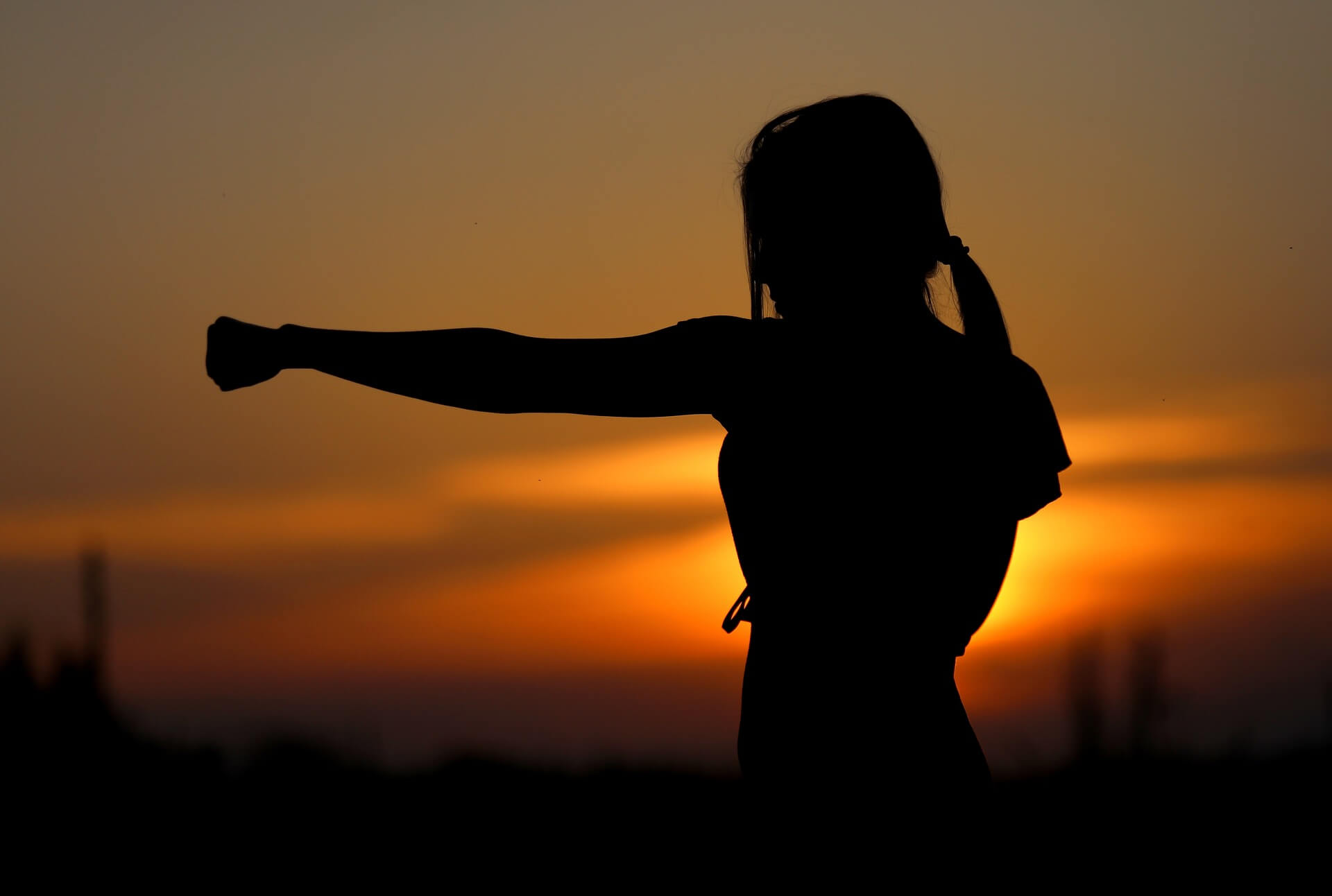 Fighting has always been a part of our world.

Whether it’s in form of an argument, a physical fight, or the worst of it all, wars.

However, songs about fighting can also be very encouraging. They can awaken a fighter in you.

And they can motivate you to fight for yourself.

Let’s start with one of the most iconic fight songs.

“Fight the Power” by Public Enemy has also been described as one of the most provocative songs ever.

It’s primarily a song about black power, and it made a huge impact back in 1989. And it’s still one of the most important protest songs.

When it comes to songs about being a fighter, Christina Aguilera’s 2002 hit definitely comes to mind.

“Fighter” is a song you should listen to when you’re feeling down. It will motivate you to take matters into your own hands.

This is one of those cool fight songs that will immediately pump you up.

Released in 1986, “Fight for Your Right” quickly became a big hit, but the Beastie Boys didn’t play it live after 1987.

Maybe they successfully won their right to party.

“Kiss With A Fist” is not one of the typical Florence + The Machine songs.

And it’s definitely not one of the common fighting songs.

But it does fit this playlist perfectly.

If you’re searching for epic battle songs, this one is for you.

Even if you’re not a fan of Game of Thrones, this powerful track will give you chills.

Without a doubt, Ramin Djawadi is a master of his craft.

Of course, there are also a lot of songs about fighting for someone.

And fighting for love is an essential part of every relationship.

And Cheryl Cole knows that “When it gets tough you gotta fight some more.”

“Seven Nation Army” is definitely one of the most popular pre-fight songs.

The title of the song comes from what Jack White thought the Salvation Army was called when he was a kid.

“I’m gonna fight ’em all
A seven nation army couldn’t hold me back
They’re gonna rip it off
Taking their time right behind my back.”

This is also one of the timeless fight songs.

Of course, “I Fought the Law” tells a story of a guy who goes to jail because of a robbery.

Although it’s mostly associated with The Clash, “I Fought the Law” is written by Sonny Curtis of the Crickets (who also recorded it.)

“Warrior” is a song about fighting for yourself and being brave.

And sometimes, letting love conquer your mind is the bravest thing you can do.

“I stand behind the wall of people and thoughts, mind controlling
And I hold a sword to guide me
I’m fighting my way.“

“Now We Are Free” is one of the most powerful tracks from “Gladiator”.

It’s not one of the fight scene songs, but it’s filled with feelings of hope and relief.

Unlike the previous track, this is definitely one of going into battle songs.

If you’re a fan of Avengers, then you know exactly what scene this track is in and how powerful it is.

In fact, many agree it’s one of the most iconic moments in Marvel movies.

In another reality, after saying “Avengers, assemble!”, Taylor Swift and her friends show up.

“Bad Blood” music video features a lot of familiar faces. And it certainly fits into the atmosphere of this girl-power anthem.

Thirty Seconds to Mars wrote a serious song about battle.

The music video for “This Is War” features US soldiers deployed to Afghanistan.

The song was released on the band’s studio album of the same name.

On the other hand, guys from Flogging Molly only want to drink and fight.

But we love them anyway.

And if you’re not sure if that’s what the song is about, maybe the lyrics will clear things up:

This is arguably one of the most famous rock songs about fighting.

Since it reflects the spirit of 1968, “Street Fighting Man” is actually a political song.

“Everywhere I hear the sound of marching, charging feet, boy
‘Cause summer’s here and the time is right for fighting in the street, boy.”

When it comes to pop fight songs, Rachel Platten’s 2014 tune is one of the most popular ones.

It’s an uplifting song that can help you keep your head up.

“This is my fight song
Take back my life song
Prove I’m alright song.”

Many songs about arguing compare romantic relationships to a battlefield.

And the message of Jordin Sparks’ “Battlefield” is pretty clear.

But we believe that love shouldn’t feel that way.

Sure, it can be complicated, but if your relationship always comes down to fighting, then you should perhaps reconsider if it’s worth fighting for.

“Love the Way You Lie” is also one of the songs about arguments and conflict.

It tells a story of a couple in a troubled and abusive relationship.

And Rihanna and Eminem did it really well.

“I can’t breathe, but I still fight while I can fight
As long as the wrong feels right, it’s like I’m in flight.”

“Heart of Courage” is one of those epic battle songs.

Or it can be a good workout song.

There are different kinds of battle songs.

And we surely didn’t forget about the battle of Hogwarts.

Alexandre Desplat did an amazing job of creating a familiar yet powerful soundtrack for the big finale of Harry Potter.

“Piertotum Locomotor!” We’ve always wanted to use that spell.

When thinking about songs about punching, you probably wouldn’t think of Radiohead.

But their song “A Punch Up at a Wedding” really seems to be a good choice for this playlist.

“I don’t know why you bother
Nothing’s ever good enough for you
I was there, it wasn’t like that
You’ve come here just to start a fight.”

And Pat Benatar managed to portray that excitement and restlessness in her 1983 track “Love Is a Battlefield.”

“We are young
Heartache to heartache we stand
No promises
No demands
Love is a battlefield.”

We have to admit, this song would be a great soundtrack for a bar fight.

And it’s probably one of the best rock tunes from Elton John.

“Oh, don’t give us none of your aggravation
We had it with your discipline
Oh, Saturday night’s alright for fighting
Get a little action in.”

Songs about defeating the enemy are just as popular as songs with fight in the lyrics.

And a song about fighting (or being) an enemy seems suitable for Imagine Dragons.

Ellie Goulding released “Army” on her third studio album in 2015.

It’s a song about relationships and all the sacrifices they entail.

“I know that I’ve been messed up
You never let me give up
All the nights and the fights
And the blood and the breakups.”

If you want to go into a battle, you need to get in formation.

And Beyoncé knows how to invite her girls into one.

“Formation” is a powerful song about African-American heritage and feminism. It’s a song about the fight for human rights.

Without a doubt, “Eye of the Tiger” is the most iconic song about fighting.

Well, it’s a theme song for the film Rocky III (it came out a day before the single), so it’s no wonder it was immediately categorized as one of the fighting songs.

Memorable guitar blasts, powerful vocals, and confident lyrics – it was a winning combination.

It’s only logical to include at least one AC/DC song on this list.

And “Are You Ready” seems like a good fit.

“The Fighter” by Gym Class Heroes and Ryan Tedder is a real motivation booster.

It will inspire you to give your best and fight for yourself.

Songs about being a fighter are often made with the intent to make you feel stronger.

“Strong” by London Grammar isn’t of the typical fighting songs, but it’s very inspirational and calming.

Another song that will make you feel stronger and more hopeful is “You Gotta Be” by Des’ree.

Speaking of timeless songs, Bob Marley has a bunch of songs about fighting for freedom and justice.

And “Get Up, Stand Up” is one of the human rights anthems.

It’s a call for action and an inspiration to keep fighting for your rights.

Another song that deals with human rights issues is “Freedom” by Pharell Williams.

The song is featured in Quentin Tarantino’s movie “Django Unchained.”

“Man’s red flower
It’s in every living thing
Mind, use your power
Spirit, use your wings.“

This could be a great pre-fight song.

Well, Sia is known for making motivational music. And her song “Don’t Give Up” has a clear message.

The song is from the soundtrack of the 2016 movie “Lion.” Also a very motivational movie.

And last but not least, one of the most emotional movie battle songs.

Howard Shore is arguably one of the best film composers.

And what he composed for the “Lord of the Rings” trilogy is truly memorable.

As you can see, there are all kinds of songs about fighting.

But most of them are very motivational. After all, we wanted to inspire you and show you songs that will make you feel stronger and more confident.

We’re all fighting our own battles every day. And this kind of music can help you deal with them more easily.

So, keep your head up, and keep fighting!

35 Best Songs About Animals & With Animals In the Title