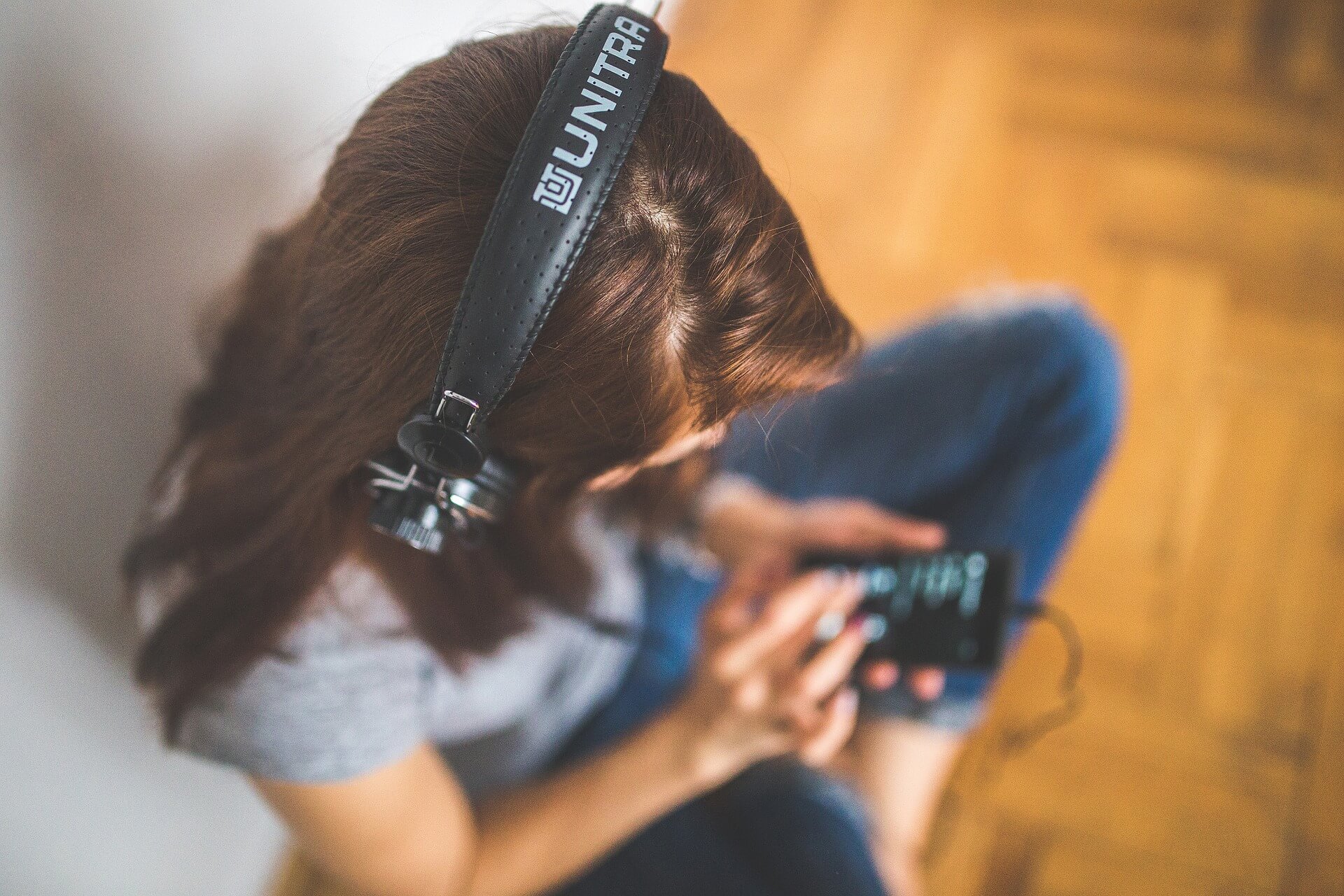 It’s no wonder that there are so many songs about being 17.

It’s an age that entails numerous joys as well as complexities.

It can be a confusing period of time because you’re not a kid anymore but you’re also not feeling all grown-up.

It’s also the age when people usually move away from their parents or simply face some life situations and decisions for the first time.

Well, sometimes you can feel like you’re experiencing it all at once.

Although you might think that the majority of songs about being 17 years old are lively, many of them convey a nostalgic feeling or an urge to freeze time.

That’s the magic and paradox of teenage years – it can be quite stressful, but you also want to stay that way forever.

We’ve made a list of songs about being 17, each offering a different mood and perspective.

We’re starting out with an all-time hit by the timeless Swedish pop group ABBA.

“Dancing Queen” is a lead single from their studio album Arrival released in 1976.

And even after so many years, this song is still rocking the dance floors around the world. That’s no surprise since it expresses pure happiness and youthful freedom.

“You are the dancing queen
Young and sweet, only seventeen.“

Another timeless classic is definitely “Edge of Seventeen” by Stevie Nicks.

Although this is one of the most popular songs with 17 in them, it’s not specifically about being 17 – in fact, Stevie Nicks wrote it after the death of her uncle and John Lennon, so it holds deeper and more personal meaning.

Nevertheless, it’s a powerful song with an energy that can easily resemble the determined and strong spirit of youth.

3. Marina and the Diamonds – “Seventeen”

Marina Diamandis is a talented pop singer and songwriter who started her musical career as Marina and the Diamonds.

Her lyrics are always interesting and very direct, and “Seventeen” is no different.

Besides mentioning the day she turned seventeen, Marina also sings about her complicated relationship with her father.

“Never fell down like a princess
I used to kid myself in this stress
That it was just how things
Were meant to be
Oh, seventeen, seventeen.“

Seventeen by American singer Sharon Van Etten portrays the complexity and beauty of being 17.

It’s a song that keeps growing as it moves towards the end, and along with the music video, it captures the nostalgic look at your teenage years.

This is one of the songs about 17-year-olds sung by someone quite relatable – Alessia Cara was 20 when the song was released in 2015.

Essentially, it’s a song about wanting to stay seventeen. It’s also about the fact that people usually rush to grow up, without being aware that they might miss that period of time later.

“So hear me scream
I was too young to understand what it means
I couldn’t wait til I could be seventeen
I thought he lied when he said take my time to dream.“

This indie gem by the American band Youth Lagoon is a dreamy tune about wanting to be seventeen again.

The song creates the atmosphere that perfectly captures that part of being 17 when you’re constantly daydreaming and thinking about yourself and the world around you.

Being an idol of many 17-year-olds, Lana Del Rey has dedicated many songs to the topic of youth.

However, Carmen is in its essence a bit different than some of Lana’s dreamy tunes. It’s about a 17-year old girl who is battling addiction.

In fact, Lana Del Rey had problems with alcohol when she was a teenager, so “Carmen” is also her personal testimony which makes it even more powerful.

This song by the Australian rock band Jet is one of the lively, youthful songs about being seventeen.

However, the song does have a nostalgic sound to it, or that’s perhaps because it resembles some familiar and loved rock songs from the 2000s.

Nonetheless, it’s definitely a song that deserves its spot on the list, and they’re right when they say:

“He’s Seventeen” by The Supremes will immediately get you on your feet.

The song is released in 1962, and it reflects the R&B and soul vibes of that period.

The lyrics and meaning behind the song might not be as profound as some others on this list, but it’s nice to listen to easy music like this from time to time.

This alternative rock song by the popular Kings of Leon was released in 2008.

It’s often not easy to interpret the lyrics of their songs, and “17” also has its own unusual references, but it’s clearly about being with someone who is seventeen.

Nonetheless, the lyrics are interesting and they fit the atmosphere of the song:

Another song that’s probably familiar to millennials is “Seventeen Forever” by Metro Station.

After it was released in 2007, “Seventeen Forever” charted on three major Billboard charts.

It’s a song that’s easy to listen to and that conveys one side of living (and enjoying) your life as a 17-year-old.

“Seventeen” by the English electronic group Ladytron brings a different sound to the list of songs about being 17.

Although it’s an upbeat dance tune with just a couple of verses, this song is actually about a side of our society that treats young people as resources in certain industries.

Make your own judgment about the song’s meaning after looking at the repetitive but effective lyrics:

“They only want you when you’re seventeen
When you’re twenty-one
You’re no fun
They take a polaroid and let you go
Say they’ll let you know
So come on.“

Even if she didn’t write a song about being 17, Avril Lavigne would deserve a spot on this list just because she had (and perhaps still has) influence on teenage girls around the world.

It’s all due to her everlasting youth, honest lyrics, and the atmosphere of her music that reflects both fun and hardship of growing up and living in general.

And this song from her self-titled album “Avril Lavigne” is a simple look back on these exciting teenage years.

“We were running red lights
We were going all night
Didn’t care about anything
‘Cause it was you and me
We were living our dream
And we were seventeen.“

Samuel Beam is an American singer/songwriter known as Iron & Wine.

Just like many of his other songs, “Tree by the River” is a gentle indie tune that will make you feel good the moment you hear it.

And as a large number of his tunes have a theme of water or river in them, Samuel explained that it’s a nice metaphor for different things, from destruction to rejuvenation.

“Mary Anne, do you remember
The tree by the river
When we were seventeen?”

Regardless of the name of the band, you will want to turn this one up in your car.

It’s one of the songs about 17-year-olds that is youthful and catchy.

Essentially, it’s about liking a girl who is seventeen and who, as it’s often portrayed in such songs, likes fun and going out.

“She’s winding them down on her clock machine
And she won’t give up ’cause she’s seventeen
She’s a frozen fire, she’s my one desire.“

The song “It Was a Very Good Year” was released on his album “September of My Years” in 1965.

However, it’s originally composed by Ervin Drake in 1961, who wrote the song inspired by his wife-to-be.

The song was also covered by Robbie Williams later on.

No matter who sings it, it’s a nice, nostalgic tune about remembering good years and past romances.

This absolute hit from Kid Rock perfectly captures the essence of being 17.

The song makes you feel young and free, no matter your actual age, and it’s a sweet reminder of simpler times.

“It was 1989, my thoughts were short my hair was long
Caught somewhere between a boy and man
She was seventeen and she was far from in-between
It was summertime in Northern Michigan.”

Although “White Teeth Teens” by Lorde is not precisely about being 17, it portrays the overall feeling of going through teenage years.

In fact, a lot of Lorde’s music is dedicated to the topic of youth, in all its perks and difficulties. The New Zealand’s Grammy-winning singer is a pro in writing relatable songs with creative, meaningful lyrics.

In “White Teeth Teens”, she tackles the importance (and a problem) of self-presentation in teenage years.

“I’ll let you in on something big
I am not a white teeth teen
I tried to join but never did
The way they are, the way they seem is something else, it’s in the blood.“

Peach Pit is a Canadian indie pop band known to create a youthful, dreamy atmosphere in their music.

Their song 17 is about remembering teenage years with a twinge of regret.

The singer Neil Smith said the song is about his high school years and him doing “dumb things” and treating people badly.

Well, we all have parts of our teenage personality we would rather forget – but it’s all an inevitable part of becoming an adult.

“There’s something dark hangin’ over my head
I’m seventeen, don’t hold your breath.“

“Seventeen” by Troye Sivan is a perfect ending to this emotional rollercoaster of listening to songs about being 17.

This young Australian singer wrote “17” as a testimony of youth, young love, and the emotions this somewhat reckless age entails.

In the end, it’s true that age is just a number – but it turns out that “17” is truly a bittersweet one.

Songs About Being 17 – Final Thoughts

We hope this list of the best songs about being 17 was a nice throwback to familiar tunes but also showed you some new music.

Being 17 indeed is an interesting period of everyone’s life. Sometimes it feels free and sometimes melancholic, so the music about being 17 perfectly reflects these mixed feelings.

This is a tricky age that some people are perhaps ashamed of, but it’s an important part of creating yourself and simply figuring things out.

And if you’re seventeen at the moment, try to treasure it as much as you can, although it’s normal that it can seem hard at times.

At least you always have good music by your side, regardless of your age!

35 Best Love Songs For Him