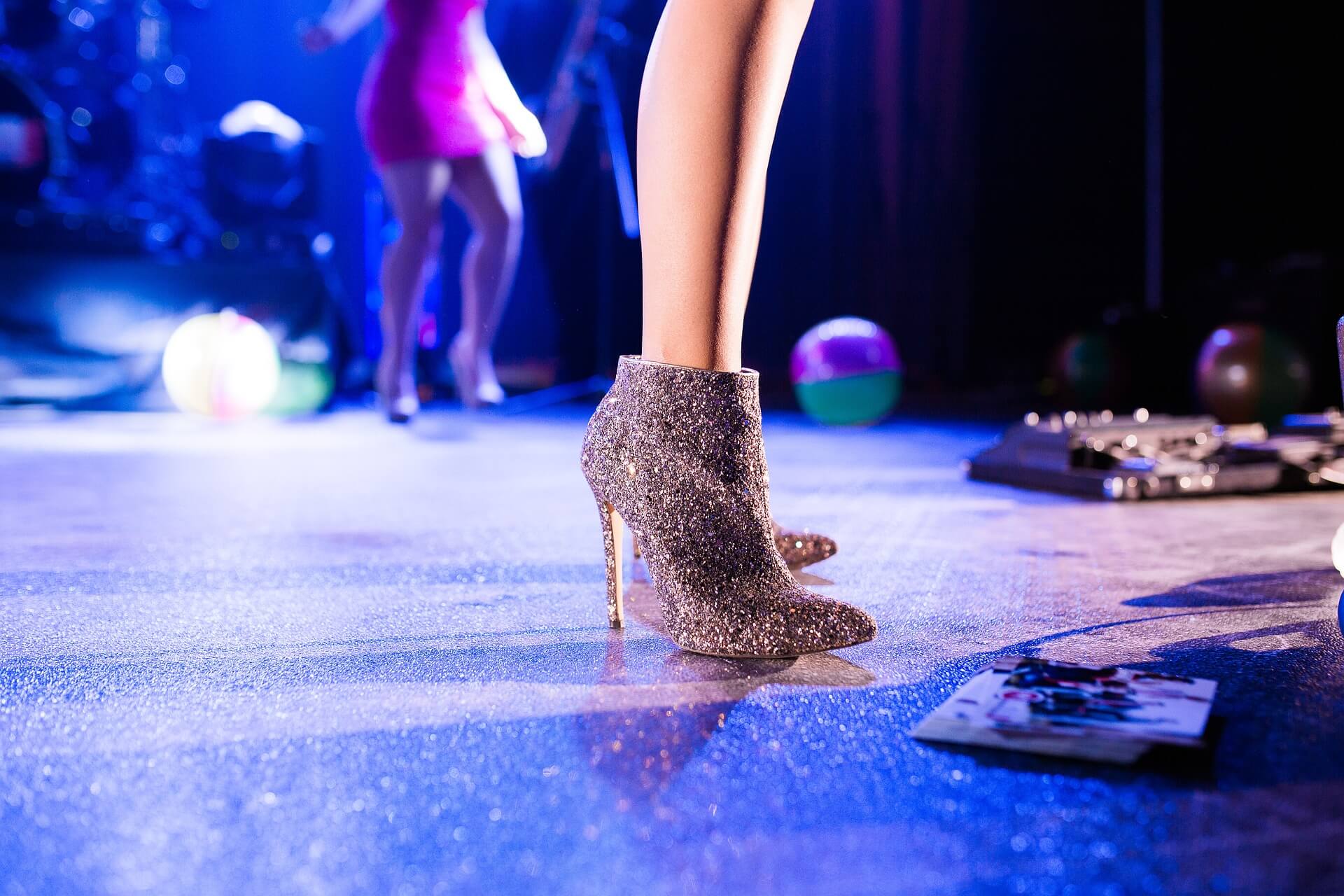 Of course, which are the best songs to strip to depends on your musical preference.

We’ve rounded up the 30 best stripper songs for you to explore.

As the list contains different genres and moods, we’re sure you’ll find something to your liking!

Beyoncé is the queen of seductive R&B songs, but “Partition” is arguably one of her sexiest tunes.

So whether you’re looking for the best strip club songs or simply some music for your pole dance routine, this is your jam.

On top of that, the music video for the song was shot at the Parisian cabaret club, “Crazy Horse.”

“Oh, there daddy, daddy now you ripped my fur
Oh, baby baby be sweating out my hair
Took 45 minutes to get all dressed up
And we ain’t even gonna make it to this club.”

If you prefer a slow strip song, you should consider “Fever” by Peggy Lee.

This classic tune is sensual and sophisticated, and it will allow your moves to grab all the attention.

And it perhaps isn’t one of the most popular stripping songs, but it should definitely get more recognition in that department.

“Feeling Good” will make you feel confident and empowered.

“Hot In Herre” is definitely among the top strip club songs.

It’s also one of the hip hop favorites, even though it’s been 20 years since it was released.

“It’s getting hot in here, so take of all your clothes…”

Ginuwine’s “Pony” is definitely the best male strip song. Or the most popular one at least.

How could it not be after the movie “Magic Mike”?

It’s very catchy and rhythmic. And we don’t have to explain what pony refers to.

It’s about feminine energy and power. Or anything else that comes to mind.

Either way, Kelis is right: “Milkshake” all the boys to the yard.

“Marilyn Monroe” by Sevdaliza is one of the lesser-known tracks on this list.

But it’s actually a perfect strip song or a pole dance tune.

“Buttons” by The Pussycat Dolls is definitely less subtle.

But pop and R&B songs from the early 2000s have a different vibe from most of today’s hot hits. Even though they’re provocative, they somehow sound more authentic.

Speaking of timeless charm, Justin Timberlake and Ciara are no strangers to seductive music.

And their “Love Sex Magic” should be on your stripper music playlist. It’s obvious why.

Aaliyah released “More Than A Woman” on her third and final studio album.

It was one of her signature songs (and it’s still an unforgettable hit), and one of those good stripper songs that don’t reveal too much.

“No Diggity” by Chet Faker is smooth and sensual.

Therefore, it could easily be used as stripper music.

“She’s got class and style
Street knowledge by the mile, oh
Oh, baby never act wild
She very low key on the profile.”

“Way Down We Go” by Kaleo is an ideal stripper rock song. It could also be a good soundtrack for a pole dance practice.

It has charm, it has development, it has power… It’s everything you need in a strip song.

“You let your feet run wild
Time has come as we all, oh, go down
Yeah but for the fall, ooh, my
Do you dare to look him right in the eyes?”

“Turn Me On” could also be a good song to strip to.

Especially if you’re searching for something more classy.

And the message of the song is quite clear:

“Like a flower waiting to bloom
Like a lightbulb in a dark room
I’m just sitting here waiting for you
To come on home and turn me on.”

And now something a little more energetic.

“Like I Love You” by Justin Timberlake is still a beloved club hit.

And it’s probably on an occasional strip club playlist too.

We can’t skip “Pour Some Sugar On Me.” It’s one of the classic stripper songs.

And if you want something uplifting to dance to, Dua Lipa is always a good choice.

“Break My Heart” will put you on your feet right away. And your clothes on the floor…

“Center of attention
You know you can get whatever you want from me
Whenever you want it, baby
It’s you in my reflection. “

It’s not news that Harry Styles is a real charmer.

And in his song “Kiwi”, he showed his wild side.

Without a doubt, “Kiwi” would make a unique rock stripper song.

“Your Touch” by The Black Keys is another good choice for a strip dancing song.

It sounds energetic and confident.

And the lyrics are very simple but effective.

When it comes to rock stripping songs, “Do I Wanna Know” deserves a special place on the list.

The moment you hear the beginning riff, you’ll feel motivated and self-confident.

“If this feelin’ flows both ways?
(Sad to see you go) was sorta hopin’ that you’d stay
(Baby, we both know) that the nights were mainly made
For sayin’ things that you can’t say tomorrow day.”

“One Time” by Marian Hill has charm, sensuality, and a good beat.

“You know you’ve got that thing
That makes the girls all swing
You know exactly what you do.”

You’re surely familiar with this song, one way or another.

“Take off your clothes
Blow out the fire
Don’t be so shy
You’re right.”

FKA Twigs is known for her unique delicate music.

Her song “Cellophane” feels rather melancholic, but we had to include it in the list.

But if you watch the music video for the song, you’ll understand why.

But her signature song “All Is Full Of Love” is very captivating, dreamy, and seductive.

So, if you’re searching for alternative strip songs, you should give them a chance.

Bishop Briggs released “River” in 2016, and it eventually became a universally known tune.

“Shut your mouth, baby, stand and deliver
Holy hands, will they make me a sinner?
Like a river, like a river.”

“I Feel Like I’m Drowning” should be next on your best strip songs list, right after Bishop Briggs.

“Hella Good” is one of the favorite tunes of the early 2000s.

And it could definitely be used as one of the strip dancing songs.

“The performance deserving of standing ovations
And who would have thought it’d be the two of us.”

Selena Gomez has long been seen as a sweet Disney girl.

But after releasing her studio album “Revival”, she proved to everyone she can perform a sexy song too.

And in “Good For You”, she wants to look good for her man.

Jessie Ware has many pop dance songs you can strip to, but “What’s Your Pleasure?” seems the most fitting.

It’s upbeat, catchy, and quite sensual.

“Look so pretty dancing sideways
On the floor, your clockwork timing
Spin me round so I’m unwinding
Can you tell it’s real?”

Besides looking good for their partner, strip dancing should make a person feel good about themselves.

And Zella Day’s cover version of “You Sexy Thing” will do exactly that.

If you want to choose a song for a real dance performance, you can’t go wrong with “Lady Marmalade.”

It’s a timeless classic and a perfect ending to our list of the best strip songs.

We hope you enjoyed our little playlist and found what you were looking for.

What is considered good stripping music really depends on the listener. That’s why we tried to include songs of different music genres.

But there’s something that all of these strip songs have in common: they are great to set the mood.

So, next time you need to create a sensual atmosphere or simply feel good about yourself, our list of the best strip songs can help you out!