20 Best Songs About Murder of All Time 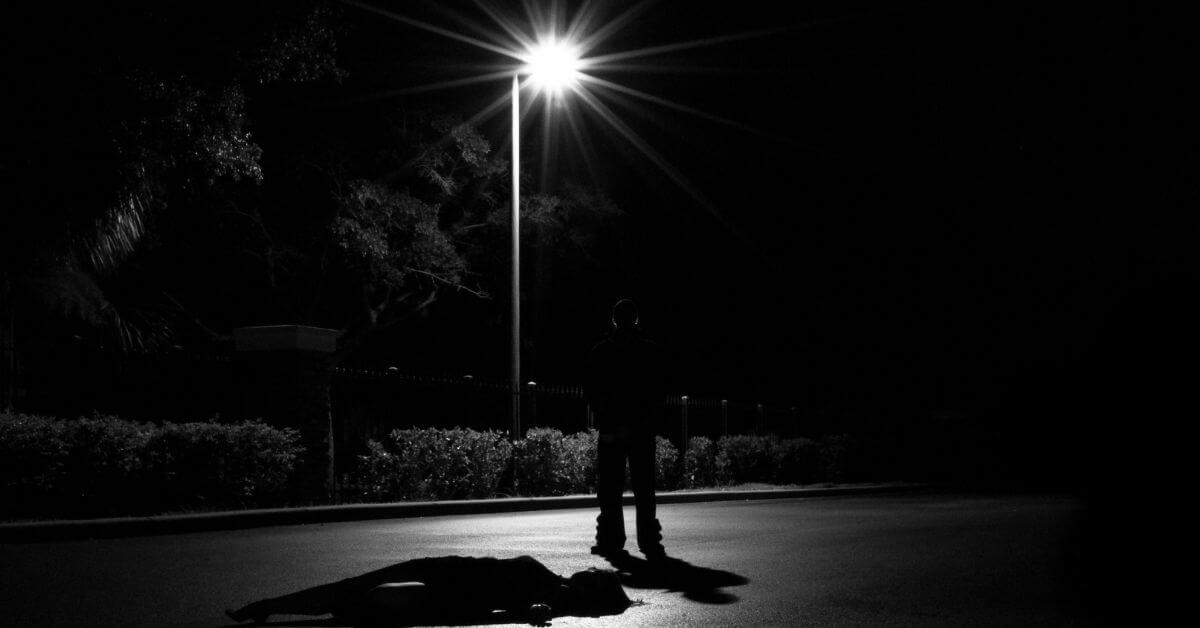 If you enjoy dark music, then songs about murder might be right up your alley.

They are perfect if you want to listen to thrilling music that tells you a compelling story through their lyrics.

We have compiled a list of the best songs about murder that will have you addicted to murder songs and give you the chills at the same time.

Among all the songs about killing someone, “Bohemian Rhapsody” is a popular track that takes you through a man’s feelings of despair, guilt, and helplessness.

He confesses to his mother how he has accidentally killed a man and now won’t be able to escape the death penalty because he isn’t rich.

Eminem’s song about murder “Stan” is actually about an obsessive fan who wrote a letter to Eminem hoping for a reply.

When he didn’t get any replies he killed his girlfriend and himself as well.

The song is pure fiction but heavily inspired by Eminem’s encounters with obsessive fans.

“Seven Mary Three” by Water’s Edge is counted as one of the popular songs about crime.

The band tells the guilty story of a man that witnessed a group of men drowning a girl.

As her body shows up bloated by the river, the man is ridden with shame over not having the courage to confess and go against the influential murderers.

4. “Goodbye Earl” by The Chicks

If you’re looking for songs about killing your husband, then we guarantee you some great drama with “Goodbye Earl” by The Chicks,

The song is about two friends Mary Ann and Wanda who plot and kill Wanda’s abusive husband.

The song peaked at the Canada Country Tracks (RPM) at position no. 5.

Songs about killing someone for revenge are usually inspired by real-life incidents.

This song was inspired by a gun violence story in the U.S. combined with an article about children being abused sexually.

The song tells the story of Janie who shoots her father for sexually abusing her.

6. “Pumped Up Kicks” by Foster The People

“Pumped Up Kicks” by Foster The People is a song about killing people and was inspired by the mass shootings in America due to the inadequate gun laws.

The band sings from the perspective of a loner high school boy who is a troubled teen plotting a school shooting.

The song ranked no.1 on the US Dance/Mix Show Airplay (Billboard) chart.

7. “Where Did You Sleep Last Night?” by Nirvana

“Where Did You Sleep Last Night?” by Nirvana tells the story of a husband catching his wife cheating with her lover.

Later, the husband leaves the house and his severed head is found on the driving seat of his car.

It isn’t made clear if the man was murdered by someone or got into an accident.

“Smooth Criminal” by Michael Jackson is one of the most famous songs about murdering someone.

It describes a whole crime in which a killer breaks into the victim, Annie’s house and kills her.

The song reached no. 2 on the US Hot R&B/Hip-Hop Singles (Billboard) chart.

“Folsom Prison Blues” by Johnny Cash was inspired by the film “Inside the Walls of Folsom Prison.”

Cash wrote the song thinking about how it would feel to be imprisoned for murder.

“Red Headed Stranger” by Willie Nelson is a killer on the run song from the album of the same name.

It’s a song about a man killing his wife and her lover who she was having an affair with.

The man runs away as a fugitive to start a new life but ends up murdering another woman who touched the horse of his late wife.

Hearing a song about killing someone paints a vivid picture of the scene in the listener’s head.

The song, “Delilah” by Tom Jones similarly describes the scene of a man watching his girlfriend cheat on him.

When she laughs in his face on confrontation, the man stabs her to death and waits to be arrested.

Among all the songs about killing in this list, “The Long Black Veil” by Johnny Cash will leave you in a dilemma.

The song tells the story of a man who is wrongfully convicted of killing his best friend.

He refuses to use his alibi to prove his innocence because everyone would find out he was sleeping with his best friend’s wife.

13. “Possum Kingdom” by The Toadies

“Possum Kingdom” by The Toadies was inspired by the folklore of a man who kept murdering women and got away with it.

The song tells the story of a man who lures women to walk with him around the Possum Kingdom lake.

Then he takes them to the back of the lake in a boathouse and kills them.

14. “Suffer Little Children” by The Smiths

“Suffer Little Children” by The Smiths is inspired by the Moors Murders that took place between 1963 and 1965.

Morrissey lived in the same area where those murders took place and he was only a few years older than the victims.

Three of the victims’ names are mentioned in the song as well.

Songs about murdering a lover usually always involve the victim being a cheating spouse like in “Cocaine Blues” by Johnny Cash.

The song tells the story of a man who runs away after killing his cheating girlfriend under the influence of cocaine and alcohol.

He is sentenced to 99 years in Mexico where he became a musician to earn money for his drug habit.

If you really want to listen to murdering music that’ll give you the goosebumps, “Angel Of Death” by Slayer is a must listen.

The song is about Josef Mengele who was a Nazi doctor and is referred to as the angel of death in this song.

He performed brutal human experiments on prisoners during the holocaust.

“Church Bells” by Carrie Underwood is a song about murdering someone who is abusive.

Underwood tells the story of a poor girl who marries a rich oilman.

But once he turns out to be abusive, she kills him with untraceable poison in his alcohol.

“I Shot The Sheriff” by Bob Marley is a reggae song about a man who shoots the sheriff of his town who had been harassing him.

The man is then wrongfully convicted for killing the deputy.

The story reflected the tiff going on between the poor people of Jamaica and the police at that time.

“Nebraska” by Bruce Springsteen tells the story of 19-year-old Charles Starkweather who killed 12 people in Nebraska in 1958.

Springsteen told in an interview that he wanted the song to recreate the emotions of the serial killer when he killed all his victims.

The song’s album with the same name was platinum certified by the United States (RIAA).

“Brenda’s” Got A Baby by 2Pac is a heartfelt song that expresses the issues regarding teen pregnancies and the lack of support these moms get from their family and the government,

The story is of a teenager Brenda who has a baby and runs away from her unsupportive family.

Picking up prostitution as the only way to survive, the girl is killed with the song leaving the fate of her baby untold.

We’re sure that some of these songs about killing people will become a regular on your music playlist.

If you know someone who’s into murder documentaries and crime stories, this list of murder mystery songs will make their day.

35 Best Songs About Parents of All Time