35 Best K-Pop Songs of All Time 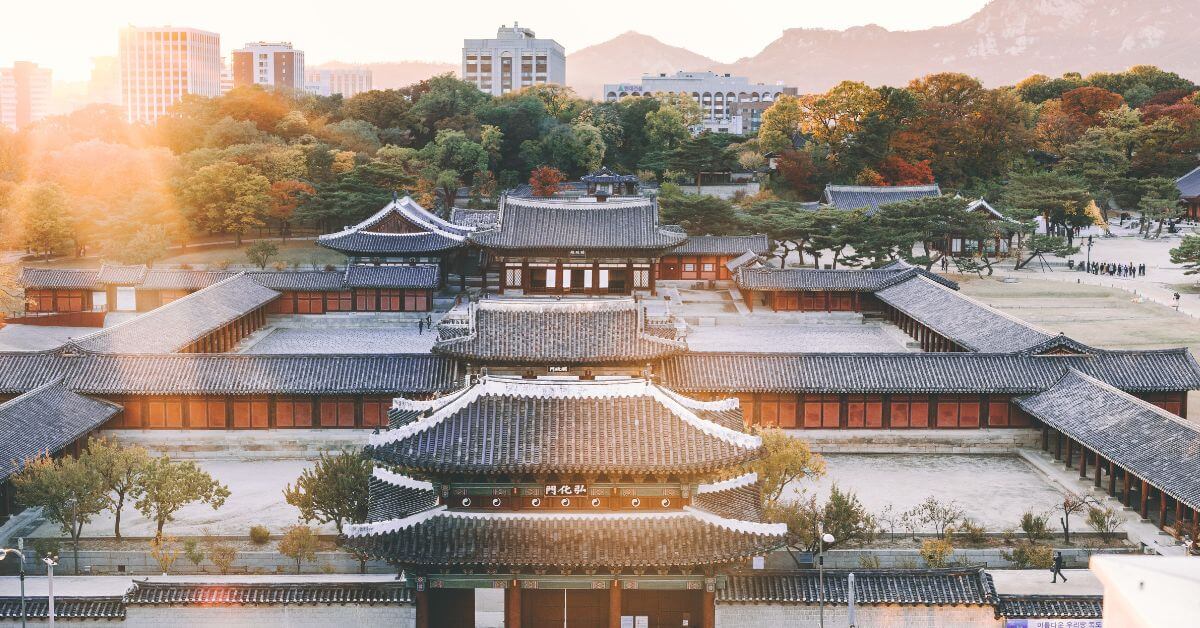 K-Pop is one of the most popular music genres in the world, and there are a number of iconic songs that have made their mark in the genre.

Whether you’re a long-time fan or just getting started, these top 35 popular K-Pop songs will be sure to get you hooked.

No list of essential K-Pop songs would be complete without mentioning “Gangnam Style” by the world-famous South Korean artist, PSY.

This hit single from 2012 quickly gained international fame and recognition for its catchy beat and funny lyrics.

The song is the epitome of classic K-Pop – its bouncy rhythm and witty humor combined to create a song that will stay in your head for days!

“DDU-DU DDU-DU” by BLACKPINK is one of the most popular K-Pop songs of all time.

Released in June 2018, the song quickly became one of the top K-Pop songs on the charts worldwide.

The music video was a massive hit, garnering over 800 million views on YouTube.

BoA’s voice is undeniably captivating as well, which adds to the charm of the song.

With its powerful and dynamic lyrics, “No. 1” is truly an unforgettable K-Pop track that will have you wanting to listen to it on repeat.

The song was a massive success for EXO, peaking at number 1 on the Korean Gaon Music Chart and becoming one of their best-selling singles.

It’s also earned several awards and certifications, such as being nominated for Best Dance Performance – Male Group at the 2014 Mnet Asian Music Awards.

The song has been extremely successful and has even been certified platinum in several countries.

The lyrics are incredibly positive and uplifting, which is what makes it so special and resonates with so many people.

The song, released in 2019, combines a smooth R&B beat with IU’s sweet vocals to create a captivating sound.

With its beautiful lyrics and soothing music, LILAC has become one of the most popular K-Pop songs of all time.

The music video for LILAC was equally impressive, featuring IU singing and dancing in a beautiful garden setting.

It was no surprise that the music video was so successful, garnering over 88 million views since its release.

“Gee” was the first single from Girls’ Generation’s second studio album and quickly climbed to the top of the music charts, staying in the top ten for nine consecutive weeks.

The song is an upbeat dance-pop track that has become a classic K-pop song and its catchy chorus has earned it the nickname “The Nation’s Fairytale”.

It won several awards including Best Song of the Year at the 2009 Mnet Asian Music Awards.

“ASAP” by STAYC quickly rose to fame after its release in November 2020.

The six members of the group, Jinny, Sieun, Isa, Seeun, Yoon, and Sumin, flawlessly blend their vocals into a powerful harmony that is sure to leave listeners with chills.

The track is a powerful statement about embracing your self-confidence and being proud of who you are.

It features an infectious beat that is sure to get stuck in your head and lyrics that emphasize the importance of not being afraid to be yourself.

Released in 2009 and it quickly became one of the most popular K-Pop songs of all time.

The song reached the number one spot on the Korean music charts and was also charted in the Billboard World Digital Song Sales.

The song follows the typical K-Pop style with a bouncy and upbeat melody.

The chorus is incredibly catchy and easy to sing along to.

The choreography for the music video is also quite impressive, showing off the group’s talent and precision.

The song has been praised for its appealing beat and lyrics that capture the emotions of young love and friendship.

“Mirotic” by TVXQ is an essential K-Pop song that you need to know.

The track was released in 2008 and has since become one of the most popular K-Pop songs of all time.

The song is known for its attractive chorus, dynamic arrangement, and impactful lyrics, making it a classic K-Pop hit.

“Mirotic” is one of the most famous Korean songs to ever come out and has won multiple awards, including a Golden Disk Award and a Digital Bonsang Award.

SHINee’s “Sherlock” was released in 2012 and the song quickly became a hit.

It’s easy to see why this is one of the most popular K-pop songs around – the song is uplifting and empowering, yet at the same time calming and soothing.

The combination of these two styles makes Sherlock a great choice for both casual listeners and hardcore K-Pop fans alike.

If you’re looking for a catchy K-Pop song to get you in the mood, “Fantastic Baby” is an excellent choice.

With its powerful message and easy-to-remember chorus, this famous Korean song will always be a hit.

The song is upbeat and full of energy, making it the perfect party jam.

The chorus is especially memorable and is one of the most iconic lines in K-Pop history.

It’s easy to find yourself singing along to the chorus even if you don’t understand Korean.

“Sorry, Sorry” is one of the most famous Korean songs and has been covered by many other K-Pop groups.

Released in 1998 and remains one of the top K-Pop songs ever.

With its simple yet memorable chorus, smooth vocals, and addictive melody, “I’m Your Girl” quickly became a popular hit in Korea and beyond.

The song was also featured on multiple compilation albums and on various movie soundtracks, including the popular Korean drama Goong.

It has become a timeless classic, remaining popular amongst all generations of K-Pop fans.

“10 Minutes” is a song by Lee Hyori. It was released in 2009 and is considered one of her best songs.

The song was written by Lee Hyori herself and composed by a team of people including Lee Seung Hoon, Park Jin Young, Yoo Young Jin, and Cha Yon Wook.

There are several remixes to this song, most notably the Remix Version that features T.O.P from Big Bang and f(x)’s Amber Liu!

“Candy” is a bright, bubbly pop track with catchy beats and adorably sweet lyrics that make it an easy favorite for K-Pop fans of all ages.

The track has been covered by various artists over the years, but H.O.T.’s original version will always be remembered as a classic K-Pop song.

The uplifting tune of “Mister” makes it a great addition to any party or event.

Whether you’re looking for an upbeat track to get the crowd moving or a classic K-Pop ballad to set the mood, “Mister” will not disappoint.

This catchy K-Pop song was released in February and quickly became one of the top K-Pop songs of the year.

The upbeat track has an infectious melody and a fun, danceable beat that make it an absolute must for your K-Pop playlist.

The lyrics of “Lies” by BIGBANG are meaningful and will make you reflect on life and its difficulties.

It’s an essential K-Pop song that all fans must know. The song was released in 2008.

“Red Flavor” by Red Velvet is one of the top K-Pop songs that you need to know!

This appealing, upbeat song was released in 2017 and has become a classic K-Pop track.

The song’s message focuses on the joys of summertime.

Its powerful lyrics about love, friendship, and living life to the fullest have resonated with listeners around the world.

The song’s lighthearted nature makes it a great choice for those looking for an uplifting and feel-good tune.

Since its release in 2012, this song became a hit and has been viewed over 50 million times on YouTube, making it one of the most famous K-Pop songs of all time.

Released in 2016, this song has become a classic in the K-Pop scene, as it fuses elements of hip-hop, EDM, and rap.

It is also known for its catchy melody and impressive choreography.

The song has been popular all over the world, having peaked at #3 on the US World Digital Song Sales chart.

For those looking for a great K-Pop song that’s both energetic and meaningful, “Blood Sweat & Tears” is a great choice!

The K-Pop industry has seen an explosion of growth and popularity in recent years, and with it has come some of the catchiest and most iconic songs to ever grace the Korean music scene.

One such track is Couple by SECHSKIES. This classic K-Pop song was released in 1998 and remains one of the top K-Pop songs of all time.

The song was released in 2016 and became an instant sensation with K-Pop fans around the world.

It was even awarded ‘Song of the Year’ at the 2016 Mnet Asian Music Awards.

The music video for the song is just as popular, having over 450 million views on YouTube.

“Spring Day” is an iconic K-Pop song that deserves its place on the list of top K-Pop songs.

Its meaningful lyrics, catchy beat, and beautiful music video make it one of the best Korean songs around.

If you want to get into K-Pop, this is definitely one of the most popular K-Pop songs that you need to know.

If you’re a fan of K-Pop, then you know that “I Got a Boy” by Girls’ Generation is one of the most popular and iconic K-Pop songs of all time.

The song was released in 2013. This famous Korean song has been covered by many other K-Pop acts and remains a classic K-Pop song to this day.

The song follows the story of a young girl looking for her first love, with some humor mixed in to make it even more enjoyable.

No list of essential K-Pop songs would be complete without 2PM’s Heartbeat.

This classic K-Pop song has been around since 2009 and is one of the most popular and well-known K-Pop songs to date.

The song features a catchy rhythm, smooth vocals, and an infectious chorus that will have you singing along in no time.

“Up and Down” is a song by the Korean girl band EXID.

Just four months after its initial release, the song peaked at the top of the Gaon Digital Chart, and by the end of 2015, it had sold more than 1.4 million digital copies.

The song was a commercial success in South Korea.

Hyuna, a singer from South Korea and a member of the girl group 4Minute, released her first EP, Bubble Pop On July 5, 2011, which was published by Cube Entertainment.

“Kung Ddari Sha Bah Rah” is the 90s most famous K-Pop song. Clon released this song in 1996 as a part of their album Are You Ready?

Since its release in 2013 G-Dragon’s “Crooked” was a great hit among K-Pop fans.

It was also nominated for MAMA Award for Song of the Year, MORE.

The beautiful song “Secret Garden” by Oh My Girl was released in 2018.

Just after its release, the song spent 12 weeks straight on the Top 100 charts and also made its Kpop Hot 100 debut at position 17.

This gem from 2014 was a must-have for any K-Pop fan. “Catallena” by Orange Caramel won many hearts of many K-Pop lovers around the globe.

The song was written and produced by both Igy and Seo Yong-bae.

In conclusion, there are many great K-Pop songs out there that are fun to listen to.

Whether you’re looking for catchy tunes or classic ballads, there’s something for everyone.

We have listed some of the top K-Pop songs that you should check out, including some famous Korean hits, the most popular K-Pop songs, and other known K-Pop songs.

Hopefully, this list will help you discover new K-Pop songs!

Best Songs of All Time