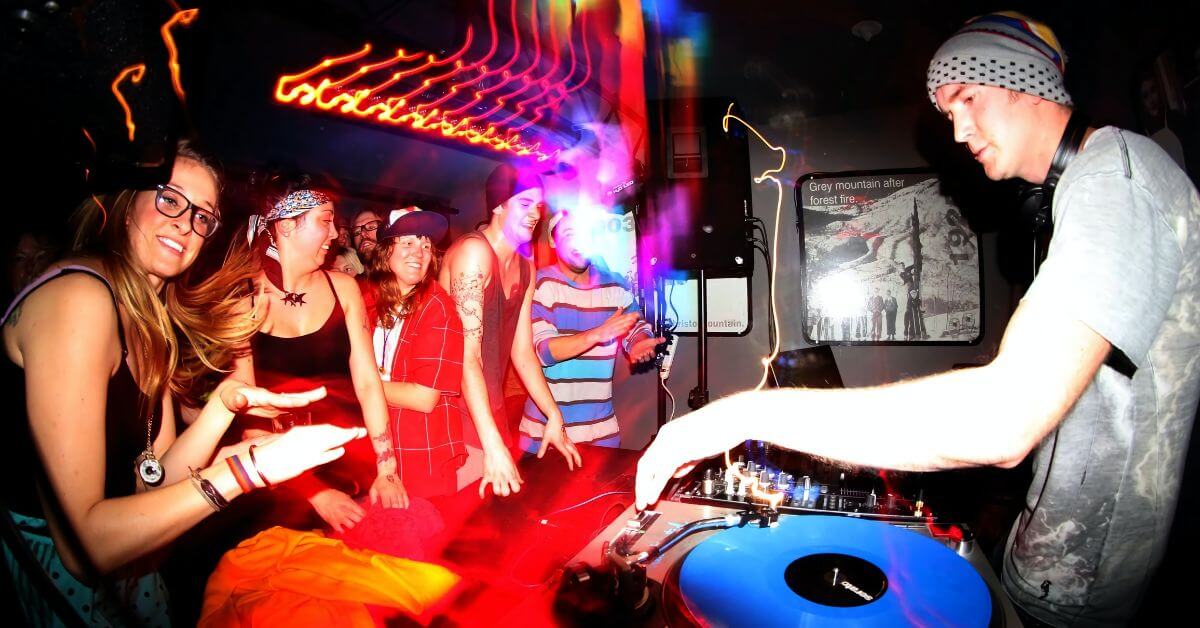 A banging beat drop can even elevate an average song to an epic and memorable listen.

The music resonates in your whole body and forces you to get on your feet and move your hips to the beat.

If you’re looking for some of the best beat drop songs, we’ve listed some that will have you playing them on repeat.

“Animals” was an instant hit on its release and set a strong base for Garrix’s future career.

The singer was only 17 years old when his song became extremely popular for its brutal beat drop.

It topped a lot of music charts, including the US Dance Club Songs (Billboard), UK Dance (OCC), and Belgium (Ultratop 50 Flanders) charts.

“TSUNAMI” is a collaboration between the Canadian duo DVBBS and American DJ Borgeous.

The song is one of the best beat-drop songs of all time and was a major hit in Belgium and the Netherlands.

It’s a must-listen if you’re big on big-room house music.

3. “Don’t Let Me Down (Illenium Remix)” by The Chainsmokers

Everyone can agree that the beat drop in “Don’t Let Me Down (Illenium Remix)” by The Chainsmokers is what sets the song apart from the rest of the duo’s music.

The duo collaborated with Daya, who sings of having troubled faith in her untrustworthy boyfriend.

The song won a Grammy for Best Dance Recording and is among the best beat drop songs.

“Bangarang” is Skillrex’s most popular song and has charted in many countries.

The song’s video shows a group of boys conducting two heists, one for ice cream in their childhood and the other for money when their adults.

The song won a Grammy for Best Dance Recording and is three times platinum certified in the United States (RIAA).

“Bass Head” by Bassnectar is a song that is popular among children for being featured in the animated movie, “Finding Nemo.”

The song’s upbeat tempo and great beat drop make you want to listen to the song on a loop.

The song “Tremor” by Martin Garrix, Dimitri Vegas & Like Mike was released in 2014 as an anthem for a popular Dutch dance event called “Sensation.”

The song is one of the best beat drop songs on this list and was a hit among the masses featuring on many music charts.

Get Low” by DJ Snake is from the singer’s debut album, Money Sucks, Friends Rule.

Though the song was an instant hit in Europe, it took a good year after its release to take off in the U.S.

The song gained most of its popularity in the states by being featured in the movie, “Furious 7.”

“Cannibal” by Kesha may not have peaked high on music charts, but it is still considered one of the best beat drop songs.

The song, written by Kesha and her mother, is about the singer being a Cannibal for eating boys for every meal of the day.

Not only is “Boom Boom Pow” by The Black Eyed Peas among the best beat drop songs, but it was also the band’s first no.1 in the U.S.

Fergie, a band member, described how the song’s video depicted the band entering a digital afterlife.

Not many people today haven’t heard “We Will Rock You (We Are the Champions)” by Queen at least once in their life.

The song’s powerful chorus and beat drop make it a perfect stadium anthem for many sports.

The song was added to the Grammy Hall of Fame in 2009.

If you have children, you’re probably familiar with “Can’t Stop the Feeling!” by Justin Timberlake.

The song featured in the hit animated film, “Trolls.”

The song is so catchy you’ll find yourself singing it quite often, and it is among some of the best beat-drop songs for kids.

12. “This Is What You Came For” by Calvin Harris ft. Rihanna

“This Is What You Came For” by Calvin Harris ft. Rihanna was co-written by Harris and his then-girlfriend, Taylor Swift.

The song ranked no.1 on the US Hot Dance/Electronic Songs (Billboard).

“Turn Down for What” by DJ Snake & Lil Jon is among the best beat drop songs of all time.

With its epic beat drop, the song is a total party jam.

The track won many awards, including two U.K. Music Video Awards for Video of The Year and Best Dance Video-International.

“Raise Your Weapon” by Deadmau5 uses war as a metaphor for the troubling battle between two partners when they break up.

The song ranked no.1 on the Belgium Dance (Ultratip Flanders) chart.

It was also nominated for a Grammy in the Best Dance Recording category.

“Alone” by Alan Walker is about how you’re never really alone, even if physically no one is with you.

People live through each other’s hearts.

The song’s video shows a bunch of walkers traveling individually to find each other.

“Power Glove” by Knife Party may not be as popular as the other songs on this list of best beat drop songs.

However, it had to be included because of its undeniably amazing beat drop.

DJ Khaled has given us some of the best beat drop songs, like “All I Do Is Win.”

The song is a popular victory anthem and was used as Barrack Obama’s entrance song to a White House Correspondents’ Dinner in 2013.

The song tells a love story set in a futuristic world recovering from doomsday.

The whole album is designed to tell parts of the love story through each song.

“Lean On” by Major Lazer & DJ Snake ft. MO is centered around a relationship that has lost its charm.

The song was quite popular on the music charts worldwide and ranked no.1 on the US Mainstream Top 40 (Billboard) chart.

If you’re looking for some of the best beat drop songs for a raging party, “Flashlight” by R3HAB ft. Deorro is the perfect energizer track.

It’s one of the greatest party jams out there with an incredible beat drop.

“Mama Said Knock You Out” by LL Cool J is one of the best beat drop songs for you if you’re into rap.

The song was inspired by the words “knock them out,” said by the singer’s Grandma when he was having trouble with his songwriting.

“Till It Hurts” by Yellow Claw ft. Ayden is a raunchy track that followed the singer’s previous hit, “Shotgun.”

The track ranked no.5 on the  Netherlands (Single Top 100) chart and no. 31 on the US Hot Dance/Electronic Songs (Billboard) chart.

Its beat drop makes it a must-add for this best beat-drop songs list.

“The Middle” by Zedd, Maren Morris & Grey is from the perspective of someone in a relationship.

The person is having a fight with their partner, demanding they both meet in the middle to solve the problem.

“Bounce” by Dimitri Vegas, Like Mike & Snoop Dogg, is famous for being the go-to jam for festivals worldwide.

The song has just the rhythm and beats you need for an energetic and electric dance party.

Your playlist of best beat-drop songs would be incomplete without the track.

“Drop It” is by Aero Chord, who is a Greek producer.

The song was featured as the sixteenth track for the Rocket League x Monstercat Vol. 1 compilation and is famous for its heavy beat drop.

If you enjoy a good beat drop, we’re sure this list of best beat drop songs will be your new favorite playlist.

The list has songs of different music genres to suit the various tastes everyone has regarding music.

So, put on your headphones and relish the epic beat drops in all these songs.

45 Best Funny Songs of All Time