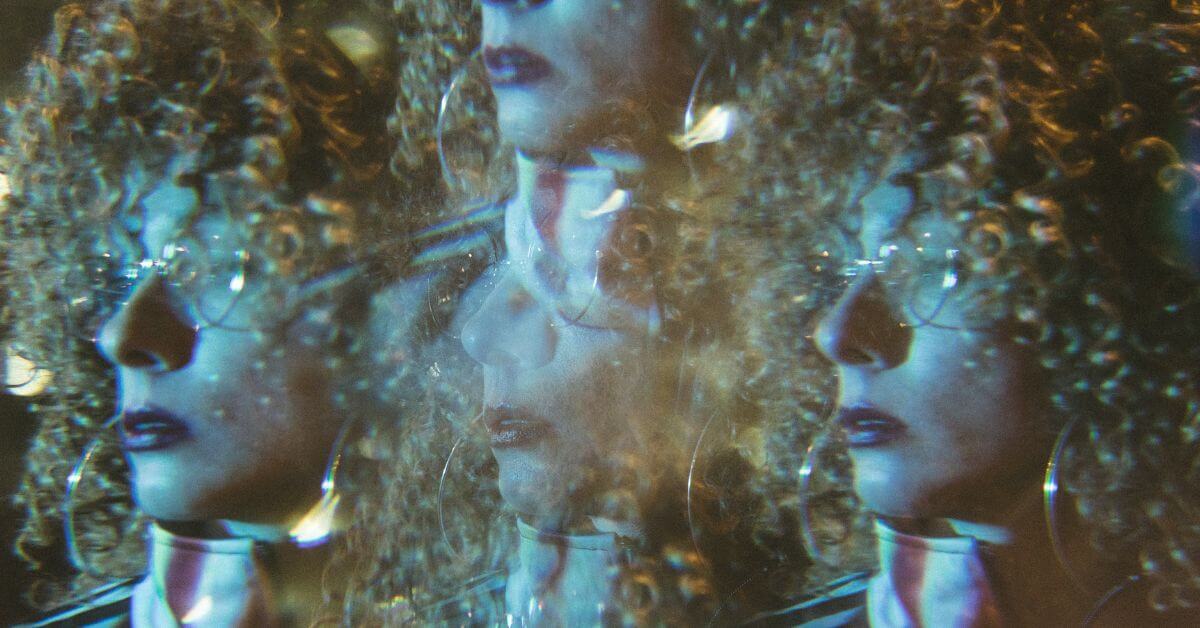 For many, the 1970s was a time for technological innovation.

But for recording artists, the 70s was the perfect time to try something new.

During the 60s, the music industry was dominated by many musical genres.

From rock and roll to blues and folk rock.

But in the 70s, everybody was craving a more relaxed style.

And that gave us lots of good songs from decorated bands and solo artists.

The same period gave us iconic love songs, with everyone longing for soothing lyrics that resonated with their lives.

To give you the nostalgic feeling of this glorious decade, we present the 30 best love songs of the 70s that stood out from the rest.

1. “Love Will Keep Us Together” by Captain & Tennille

Everyone remembers this sincere love confession from the musical couple.

“Love Will Keep Us Together” is the couple’s affirmation that they will always be there for each other, no matter the circumstances.

That’s the assurance you need from your better half.

2. “I Will Always Love You” by Dolly Parton

Dolly Parton’s era-defining song is one of the best of the 70s.

Her heartbreaking lyrics are always associated with a failed relationship.

But in reality, they lament the end of a professional relationship.

Dolly’s song reached #1 on the charts.

And many artists have covered it, including a certain Whitney Houston in 1992.

10cc’s signature hit is one of the best love ballads from the 70s.

There’s a lot of heartache in there, even though the narrator pretends not to care.

The song gave the English rock band their ultimate breakthrough outside the UK.

Someone said everybody screws up at least once in their lifetime.

And when Stevie Wonder finds himself in the same situation, he has to decide between moving on and reuniting with an ex-lover.

But he’s willing to do anything to be with her.

It’s one of those must-listen regret songs of the 70s to remake broken relationships.

“Love So Right/She came on like the night, and she held on tight/And the world was right when she made love to me.”

Before ruling the disco world, Bee Gees were already popular with hits like “Love So Right.”

When John Denver transfers his emotions to a romantic song, you know it has to be one of the greatest love songs of the 70s.

And his enduring tribute to his wife remains an iconic love song in the eyes of many music lovers.

Many decades later, the lyrics still resonate with any couple.

And that’s why it has continued to grace wedding ceremonies and other events.

If we could have a 70’s love songs list about unrequited love, this one would be the crowning jewel.

In the poetic song, the narrator thinks he’s more committed to the relationship than his romantic partner.

So, he poses the question to see if the addressee loves him as much as he does.

He only needs assurance from his better half.

And you can’t blame him for that.

This soft rock song became Styx’s first and the only single to top the US charts.

The lyrics describe two lovebirds who must move on because of different paths.

Paul McCartney wrote this lovely tribute to his wife.

And it still ranks highly in the list of the best 70s love songs.

We promise you this isn’t the last tribute you will hear from a 70s singer.

Peter Cetera couldn’t imagine spending his life without this special someone.

And he made a straightforward composition, begging his lover to stay.

The memorable intro stands out.

And you can give it a listen to show your significant other just how special they are to you.

11. “The First Time I Ever Saw Your Face” by Roberta Flack

Have you ever seen someone and got instantly convinced they are the one?

Roberta Flack’s song is an ode to a new romance.

Everybody has those memorable firsts with their loved ones when everything looks and feels like a dreamland.

You begin to imagine spending your entire life with this person.

12. “Can’t Smile Without You” by Barry Manilow

Barry Manilow’s 1978 song is about the special bond shared with a loved one.

It is true devotion to the one person who completes the narrator’s life.

David Martin recorded the first version of this song, and Manilow’s rendition popularized the hit.

You should be willing to see beyond someone’s weaknesses if you love them.

And Billy Joel wrote this beautiful tribute to his wife, Elizabeth, as a pure expression of genuine love.

We can’t think of a better way to express deep affection.

14. “You Are The Sunshine Of My Life” by Stevie Wonder

Syreeta Wright was Stevie Wonder’s sunshine in his award-winning song.

He’s awe-struck by this one person and hopes to spend the rest of their lives together.

Sunshine is a metaphor for anyone who brightens your days.

15. “She Believes In Me” by Kenny Rogers

How about a Kenny Rogers classic to complete your romantic playlist?

Everybody knows Rogers for his multiple hit songs like “The Gambler” and “Lady.”

But in “She Believes In Me,” we see a persevering side of the singer with his unquestionable desire to carry on.

And it’s all thanks to the special woman in his life who believes in him.

Everybody raves about Bill Withers’ “Lean On Me” song for obvious reasons.

Here, Withers sings about the pain he gets from staying away from his lover.

The ‘ain’t no sunshine’ phrase can represent ‘no happiness.”

And that sums up the loneliness of missing his lover.

Elton John’s “Your Song” is a straightforward song from an innocent lover.

“It’s a little bit funny this feeling inside/I’m not one of those who can easily hide/I don’t have much money, but boy, if I did/I’d buy a big house where we both could live.”

This is one of the best love songs ever written by The Rocket Man.

Staying together is what lovebirds want to do.

And that’s Al Green’s only plea in his soulful R&B song.

19. “You’re The First, the Last, My Everything” by Barry White

Barry White went full romantic in this one.

It is the soothing tune your better half will want to hear.

And there’s a good reason everybody sings it at weddings and funerals.

The song reached #2 on the US Billboard Hot 100 chart and topped the UK Singles chart.

20. “I Honestly Love You” by Olivia Newton

Like many 70s artists, Olivia Newton confesses her love for this one guy in her classic hit.

It’s a romantic confession that appears in any list of the greatest love songs.

The song became a world-famous hit and number-one in Canada and the US.

It also won two Grammy Awards in the Record of the Year and Best Pop Vocal Performance for Female categories.

Until then, the soft rock trio had been considered a one-hit-wonder.

Just like this classic hit by the famous American band.

In the song, the narrator expresses his frustration at the failing relationship.

What looked promising is now on the verge of collapse.

And the narrator can’t understand how something so good suddenly became so bad.

“When I need you/I just close my eyes and I’m with you/And all that I so want to give you/It’s only a heartbeat away.”

We can’t think of a more soulful way to express your affection to a loving soul mate.

The song is about loving someone so deeply you almost feel their presence everywhere.

But when love burns, the victims are left with permanent scars in their hearts.

The narrator learns it the hard way in the soulful 1974 rock song.

He’s convinced love is all but just an illusion.

And whoever revels in it today will soon realize it isn’t a bed of roses.

The song is identified by a strong bass line, a catchy chorus, and an upbeat tune that gets everyone grooving.

The fact it was written by Earth, Wind & Fire band members (AI McKay and Maurice White) makes it a must-listen.

What happens when you love someone so much, and they break your heart?

You promise not to fall in love again.

Fortunately, that’s not Dionne Warwick’s story in her 70s classic.

This one went straight to the top, winning a 1979 Grammy Best Female Pop Vocal Performance award.

Long before Michael Jackson became the undisputed King of Pop, he was a member of a 5-man American pop band.

“I’ll Be There” is a straightforward song about a man and his ex-lover.

Despite breaking up, the guy in the song assures his lover that he will always keep her memories.

He opens the doors for a potential reunion if she’s up for it.

The slow lyrics make it one of the most romantic love songs of the 70s.

“You’ve Got A Friend” is sometimes considered a kid’s song because it talks about the power of friendship.

We all have those friends who became family.

And this folk ballad addresses anyone who values friendship.

Carole’s signature song is just as inspiring as it is entertaining.

Living like a bridge over water means having one of those moments.

Those trying times when nothing seems to work out.

Fortunately, the narrator isn’t willing to give up.

He will do whatever it takes to get over the bad times.

The song’s powerful message has made it a timeless classic.

The message in Diana Ross’ love song is quite simple.

It’s about being there for your loved one, no matter the circumstances.

When you are madly in love with someone, you give everything to make their life complete.

And not even the tallest mountains in the world or the deepest rivers can break the strong bond you share.

Some have interpreted it as a breakup song.

The 70s was arguably one of the greatest eras in music history.

From the rise of disco music to The Beatles’ break-up, fans witnessed it all during this era-defining period.

The 1970s was also a decade for love, with most music bands and artists singing beautiful love songs to express their emotions.

And the 30 great tunes on our list tell the story.

Most of these songs are timeless hits, exactly what old-school music lovers crave to relive those nostalgic memories.

Whether you enjoy a happy relationship or lament about unrequited affection, these 30  songs of the 70s will show you the many faces of love from a glorious period.

30 Best Pop Songs of All Time

35 Best Campfire Songs of All Time